(Photo: M.Kambić/eKapija)
Delta Holding is the only bidder for the public-private partnership for the reconstruction of Sava Centar and the management of the said institution and is ready to invest over EUR 30 million in its reconstruction, twice as much as requested by the tender.

With nearly 70,000 square meters of effective space, a theater with over 3,500 seats and 15 conference halls, Sava Centar is still one of the favorite places of music and film audiences in Belgrade.

The search for a partner which might bring the congress center back to its old glory might be over.

– We have brought people from Boston, whose job involves congress centers, and who have prepared a study showing how much money would be needed for Sava Centar to become a top quality congress center – explains Zivorad Vasic, the vice president of Delta Holding.

They estimate the figure at around EUR 28 million, Vasic says and adds that “since something always comes up, we are counting in another 10% or so”.

– It would then take EUR 30 million to make a congress center that would look perfect, the way we imagined, and to change the facade, which is very important.

The first, failed, tender for a public-private partnership opened in 2016. Delta was a contender back then as well. 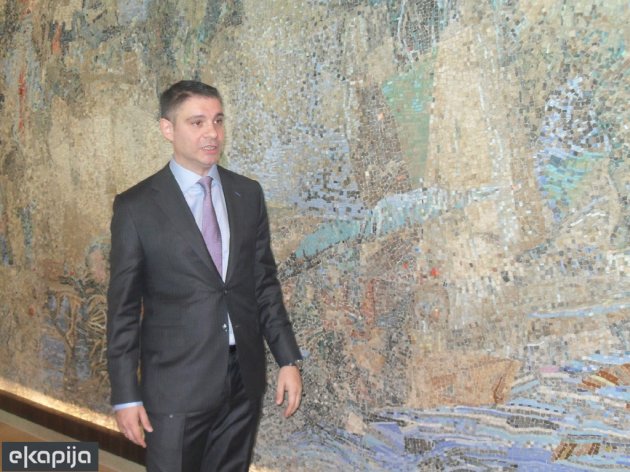 Zivorad Vasic (Photo: Suzana Obradović)
– Sava Centar needs to be reputable, to have the kind of concerts the people of Belgrade deserve. The grand theater needs to be occupied at least 180 to 200 days a year and a program needs to be made such as would suit each citizen of Belgrade, whether it's ballet, the philharmonic orchestra or something else – Vasic says.

He explains that the congress center needs to support all this financially as well.

– I must say this, even though it's not popular. In congress centers, everything is outsources and there are very few employees in sales, bidding, who travel the world and bring big world conferences...