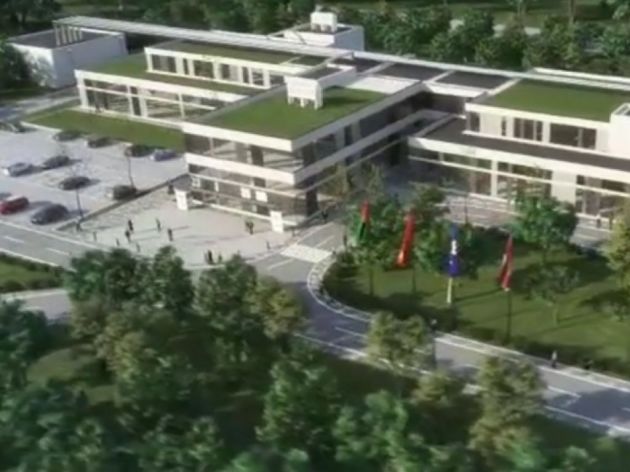 (Photo: Instagram/buducnostsrbijeav, printscreen)
The company Vojnogradjevinska Ustanova Beograd has published a notice of the awarding of the contract for the construction of a vaccine factory in Zemun Polje.

The job of the construction of this, according to the notice, military facility, has been awarded to Termomont doo Beograd, Teming Electrotechnology doo Nis and Centar za preventivni inzenjering, projektovanje, edukaciju i savetovanje BP Consulting Krusevac, owned by the entrepreneur Sasa Milosavljevic.

The agreement, which, according to the notice, was signed on September 7 and is valid between September 9, 2021, and March 31, 2023, is awarded without the opening of a public invitation, within the negotiation procedure, and the value of the job is around RSD 2.9 billion, that is, around EUR 25 million.

The construction of the factory of Chinese Sinopharm coronavirus vaccines started on September 9 with the laying of the foundation stone.

Previously, in August, the Belgrade Land Development Public Agency awarded the contract for the equipping of the location for the construction of the factory to a group of bidders, consisting of the Belgrade-based companies RAS inzenjering niskogradnja, DC Energocoop, Resa gradnja, Biodekor and GeoSpes.

At the new factory on 11,800 m2, which Serbia is building with companies from the UAE and China, around 30 million vaccines will be produced annually, and it will have a production capacity of 40 million vaccines.