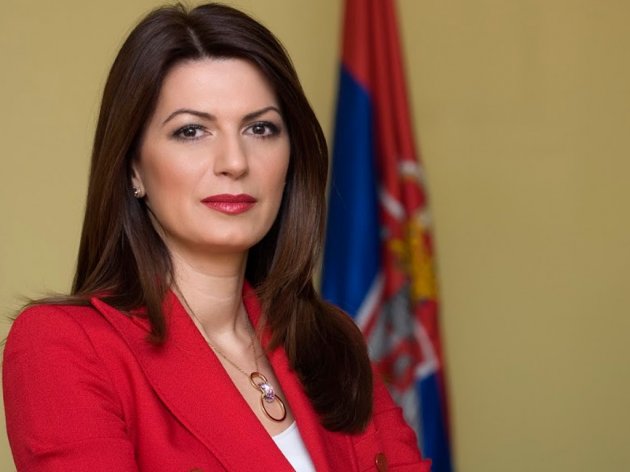 Tatjana Matic
State Secretary at the Ministry of Trade, Tourism and Telecommunications, Tatjana Matic, stated today that Chinese companies saw a great strategic importance in positioning in Serbia, primarily in the fields of e-commerce and logistics, and added that the Chinese company Alibaba is interested finding a partner in Serbia for opening a logistic center.

– Renowned Chinese company Alibaba has its distribution center for the EU in Frankfurt, but they are very interested in finding a partner in Serbia for one such logistics center – Matic pointed out before the opening of the gathering Information Silk Road for Information Connectivity, on the occasion of the visit of the National Development and Reform Commission of China.

According to her, this would enable not just the distribution of Chinese products, but also of the merchandise produced by Serbian companies, which they could export that way, primarily to the Chinese market.

Matic said that there was a lot of room for cooperation between Serbia and China in the field of information technology and telecommunications.

She added that the meeting with representatives of state and business institutions and companies from China and Serbia was the beginning of the technical preparation of the Memorandum on the development of the Information Silk Road, which was signed last year.

Matic pointed out that the memorandum opened numerous areas of cooperation and that the focus of the meeting would be placed on four priority areas, which had been agreed with the Chinese side.

– These are, namely, accelerated development of electronic commerce, development of logistics and exchange of market information, as well as work on online tourism and smart city projects – Matic said.

She emphasized that the bilateral trade between Serbia and China amounted to USD 590 million in 2016, with a growth of 8.2%, and that a growth of 20% had been realized in the first four months of 2017.

Deputy general manager of the Department of High-Tech Industry of the National Development and Reform Commission of China, Wu Hao, said that he expected the meeting to contribute to a greater cooperation between Serbian and Chinese companies.

The aim, he said, is for Chinese companies to find partners in Serbia to exchange information with, for companies to connect and step up the sharing of electronic information.

The secretary of the Association for Electronic Communications and Information Society at the Chamber of Commerce of Serbia, Jelena Jovanovic, stated that the aim of the meeting was to establish a long-lasting cooperation with Chinese companies.