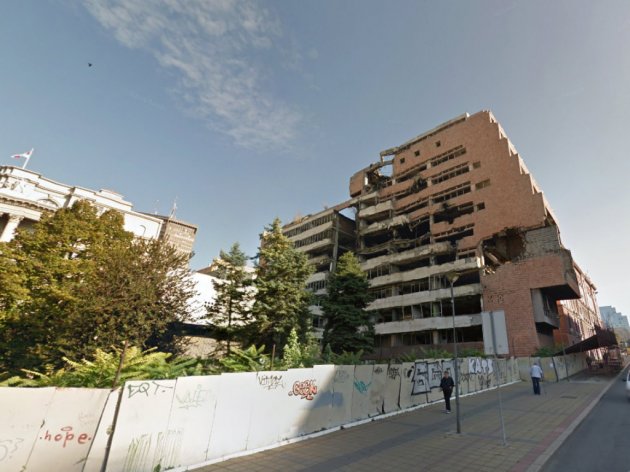 (Photo: Google Maps/screenshot)
The idea of Richard Grenell, the special envoy of the U.S. president, to jointly reconstruct the buildings of the General Staff and the Ministry of Defense, heavily damaged during the NATO bombing, is a good initiative, Serbian Foreign Affairs Minister Ivica Dacic stated on Tuesday, September 22, and added that the idea would be realized after the necessary decisions on the purpose of the facility are made.

Serbian President Aleksandar Vucic told the press after the meeting with the U.S. delegation that Grenell had come to the idea to reconstruct the buildings together.

Dacic said on RTS that it was an idea yet to be realized and that there had been talk about it before.

– In any case, it is a good initiative, but it's not just theirs... We have, each in our segment, and concerning the NATO as well, said that it would be good and symbolically important for them (the USA) to take part in the reconstruction – Dacic said.

He says that the decision on what exactly to do with the facility is yet to be made.

– We don't know whether it will be reconstructed for military purpose, or as a hotel or something else, but in any case, the initiative is good and shows that the way of thinking has changed – Dacic said, as reported by Tanjug.