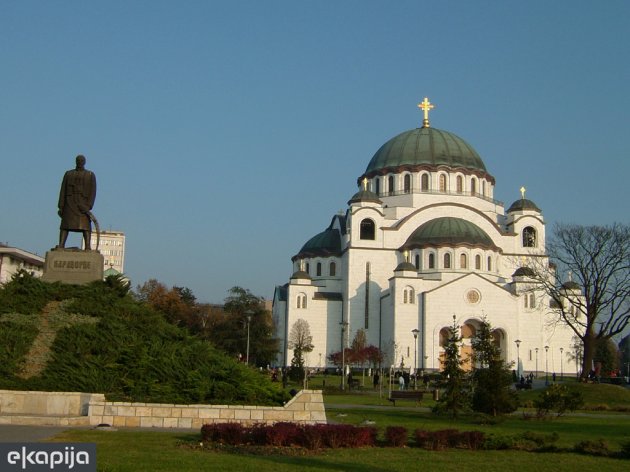 Church of Saint Sava in Vracar (Photo: Suzana Obradović)
The urban municipality of Vracar has officially celebrated the Day of the Municipality, on which occasion the president of the municipality, Milan Nedeljkovic, announced capital and main project the realization of which should take place by the end of 2020. The projects pertain to the reconstruction of the annex that the Municipality gave to the Preschool Institution of Vracar for use, as well as schools, the construction of a new sports center with a large outdoor pool and a multifunctional hall, as well as the reconstruction of the interior of the Vracar Municipality Administration Building.

Talking about the reconstruction of streets and traffic routes, Nedeljkovic pointed out that, in the preceding six months, various streets had been reconstructed, namely, Cerska, Jovana Rajica, Dubljanska, Svetozara Gligorica and Sumatovacka streets. He also announced that Makenzijeva, Cara Nikolaja and Zicka streets would be fully renovated and expanded with the help of the City of Belgrade. Nedeljkovic also emphasized that the reconstruction of Juzni Blvd would begin in early 2020, it is said on the website of this urban municipality.