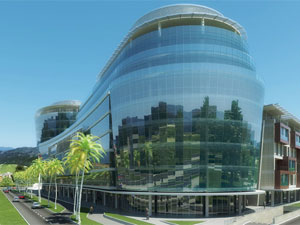 The Arabian investor will pour EUR 11 m in the construction of a hotel at Podgorica-based Atlas Capital Center, where it will soon open the first Hard Rock Café in this part of Europe , where it will pour some EUR 2,5 m.

Qannas Investments, registered in Cayman Islands and behind which Abu Dhabi Capital Management" (ADCM), the investor in Atlas Capital Centre (ACC) stands, will conduct the investments it.

Qannas announced at the site of the London stock market, without specifying the brand the hotel will operate under, they have already signed agreement with Hard Rock International to open the first globally known brand café in Podgorica and that it will be the first out of three planned to be opened in East Europe. They are not saying which towns except from Podgorica will get their Hard Rock Cafes.

The hotel is expected to be second in size in the city, it was stated in the announcement.

ADCM has recently announced that its connected company, Abu Dhabi Financial Group, (ADFG) will open at Atlas center" branch office for East Europe market , with full-time employees as well as at its headquarters in Abu Dhabi, Dubai and London.

It was announced that Atlas Capital Center will be finished by the end of 2015 and that it will coordinate all its projects at the market pf East Europe.

The Arabian investors in cooperation with Atlas group of businessmen Dusko Knezevic, were building outstanding building in the business part of Podgorica but this summer they have become full owners of the building.