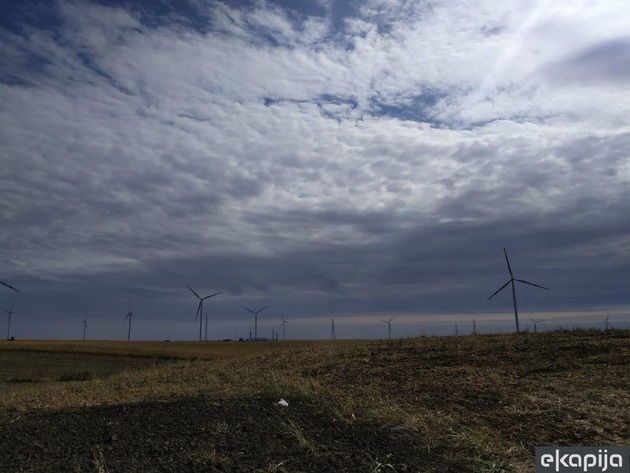 This was confirmed by signatures on Tuesday, November 3, by the president of the Municipality of Kovacica, Jaroslav Hrubik, and Milos Colic, a representative of Kovacica Wind Farm and the director of Enlight 2 Wind doo, which operates within the Israeli company Enlight Renewable Energy.

The existing Kovacica Wind Farm consists of 38 wind generators of the total installed power of 104.5 MW, which is enough to provide electricity to as many as 68,000 households.

After signing the agreement on the business-technical cooperation and continuation of expansion of Kovacica with new wind generators, Jaroslav Hrubik pointed out that the new investment was of remarkable importance, among other things, because of the employment of more workers from the Municipality of Kovacica.

According to him, the agreement envisages for the advantage in getting jobs to be given to companies from the territory of the municipality, as well as budget inflow of 2% from the net profit made by Pupin Wind Farm, the official working name of the new wind farm.

--So far, we've had an annual income of 60 million dinars a year from the profit of Kovacica Wind Farm, so I expect that, with the construction of Pupin Wind Farm, that income will reach the amount of 110 million annually, which will be of great use to building the infrastructure in the municipality, as well as for new kindergartens, new investments in children and the young and in the future of the municipality of Kovacica – Hrubik pointed out.