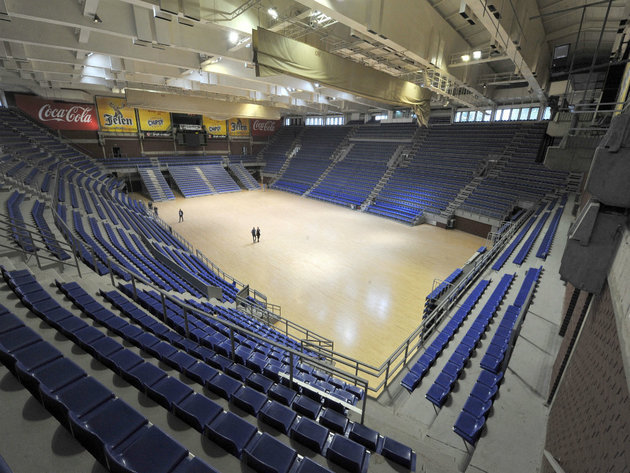 (Photo: Beograd.rs)
The Aleksandar Nikolic Hall, whose interior was renovated in 2019, should get a new facade in 2020. The repair of the outdoor pool at Tasmajdan is planned as well.

The Sports Center Tasmajdan has opened the public procurement procedure for the preparation of a preliminary design for the repair of the facade of the Aleksandar Nikolic Hall, the replacement of the fence and the development of the locker rooms at the Ice Hall and the repair of the outdoor pool.

Let us remind that the expansion of the capacities of the Pionir Hall, the replacement of the parquetry and the increasing of the safety level at the court were necessary due to the harmonization with the FIBA standards.

Deputy Mayor of Belgrade Goran Vesic stated earlier that the City of Belgrade had invested EUR 2 million in the through reconstruction of this facility.