First five measures of the new Minister of Finance 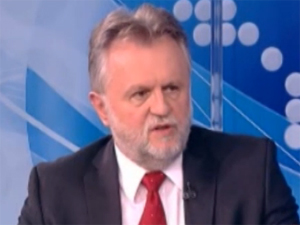 New Minister of Finance, Dusan Vujovic, will have to decrease salaries and pensions, cut grey economy as well as to increase tax payment collection and public companies efficiency.

- The Government will decide to what extent salaries and pensions will decrease and it should be as less as possible. We are a step or two far from the rebalance preparation and set up of key parameters for the program in the next three years – Vujovic who was yesterday elected by the Assembly with 175 votes for and 9 against, says.

His first task will be to cut budget costs. This year, the state has to save a billion euros. Details of new measures will be known after rebalance completes and it should be discussed September 15.

- In the measure where we do not generate income, we will have to increase VAT – Vujovic says.

The Minister of Finance announced new measures will be directed to grey economy decrease. The Tax administration warns that 1000 inspectors during the entire summer will carry out rigorous controls of fiscal bills issuance and staff registration. During the previous two weeks, tax inspectors, in 1.211 controls, found irregularities in 30% of cases.

Vujovic has recently pointed out that Serbia has the cheapest electricity in the region and that it is 30% cheaper than in Macedonia and 40% than in Bosnia.


- You should estimate yourselves whether it is sustainable in the long term – he said.
The new minister of finance is planning to set up order in public companies because they need professional management.