As of 2014 customs on EU products to be cancelled 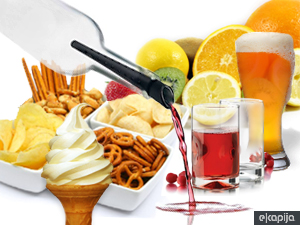 The customs administration announced that in 2014 all EU products, except from specific agricultural products, can be imported to Serbia without paying customs fees.

As it was announced it is in line with the EU Stabilization and Joining agreement.

It was added that among agricultural products which will remain protected there will be fresh tomato, live animals, cold or frozen meat as well as specific dairy products.

As it was pointed out, compared to 2013, customs fee for these agricultural products decreased but as of 2014 it will not change anymore.

The customs administration reminds that customs fees liberalization started in 2009.

- It is expected that through customs fees decrease on import of EU finished products results domestic market prices decrease. However, it does not necessarily have to be the case due to a number of factors which significantly affect their price – the announcement said.

It was specified that lower customs fees can be applied only if the customs administration receives as a proof that it is a product with preferential EU origin a confirmation on moves of goods or an announcement of an exporter in proscribed form on an invoice or some other commercial document. Stated proofs of origin shall be submitted in regular procedure, with submission of customs declaration.

- The EU Stabilization and Joining Agreement provides and opportunity for producers from Serbia as well which are export-oriented towards EU, Turkey or CEFTA 2006 Agreement members (Bosnia and Herzegovina, Montenegro, Macedonia and Albania) because they can use materials produced in EU and to consider them domestic ones and thus with finished product become more competitive in price at those markets- the announcement states.