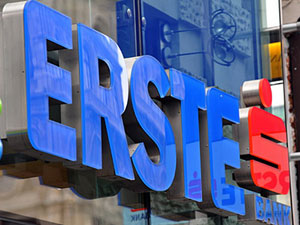 According to Erste Group`s forecasts, Serbia`s gross domestic product (GDP) in 2013 will grow 1.8 percent thanks to the automotive industry and good agricultural results.

It is predicted that moderate acceleration in 2014, under conditions of more stimulating foreign demand and certain stabilization of domestic demand, will help GDP growth reach between 2 and 2.5 percent.

Risks are still related to the worsening of export prospects and the path of fiscal consolidation that is still unclear. Mid-term growth prospects are strongly tied to the implementation of structural reforms, investment attraction, and the expansion of export base.

In that regard, chances for the admission to the EU and the date for the start of negotiations would serve as an important relief and a stronghold of politics. Although the potential for GDP growth is on decline, it is still predicted that growth in the medium run can be between 3 and 4 percent.

According to the Erste Group analysis, fiscal prospects for 2013 have got worse, indicating that after the "slide" in 2012, this year will not bring Serbia closer to consolidation.

Erste Group also forecasts that Serbia's fiscal deficit will be at about 6 percent of GDP.