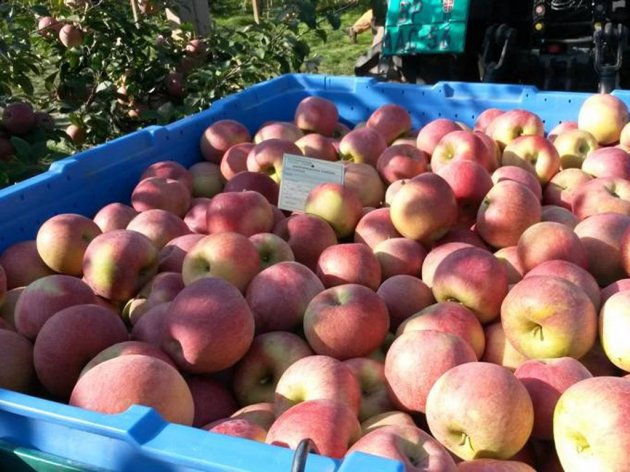 Illustration
The Ambassador of India to Serbia, Subrata Bhattacharjee, expects that Indian importers will be satisfied with the quality of the apples that have been exported from Serbia to that country.

In his interview with Blic, the ambassador said that the shipment schedule had been harmonized with both the exporter and the importer.

He said that the first initiative of the Ministry of Agriculture of Agriculture regarding the export of apples dated back to December 2016 and that it had also been discussed in November 2017, when minister Nedimovic visited India.

– In the meantime, there were numerous instances of communication between the two countries' ministries and embassies about the issues related to the plant quarantine and the analysis of risk from pests.

– A team of Indian experts visited Serbia in December 2019 to check the procedure carried out by the Serbian producers for the production, storage and packing of apples and inspected a large number of Serbian apple farms in order to collect all the relevant data – Bhattacharjee said.

He also said that there was a great possibility of agriculture playing an important role in the exports of Serbia to India, which imports agricultural products worth USD 16.9 billion annually.

– In 2019, India imported fresh fruit worth USD 507 million, with apples accounting for 217 million. It's no wonder, then, that the Indian market has drawn attention from Serbian apple producers – the ambassador said.

He estimated that Serbia could also benefit from the Indian expertise in the production of high-quality agricultural machines at an affordable price. “Three Indian tractor brands, Tafe, Mahindra and Sonalika, are produced, that is, assembled in Serbia”, Bhattacharjee said.

He announced that, in 2021, Indian companies would visit the Agricultural Fair in Novi Sad again. The ambassador cited pharma, IT and tourism and the sectors where the cooperation could expand, because, with its liberal visa regime, Serbia attracts Indian tourists.

– Serbia also has the capacity to attract Indian film production teams, as several Bollywood films have been made in Serbia in the past years. Ayurveda and plant tourism could be another area of mutual interest – the Indian ambassador said.
Companies:
Ambasada Indije u Beogradu
Ministarstvo poljoprivrede, šumarstva i vodoprivrede Republike Srbije
Tags:
Subrata Bhattacharjee
export of apples
export of apples to India
production of apples
apples
Agricultural Fair in Novi Sad
Tafe
Mahindra
Sonalika
tractors
Indian tractors
Share: