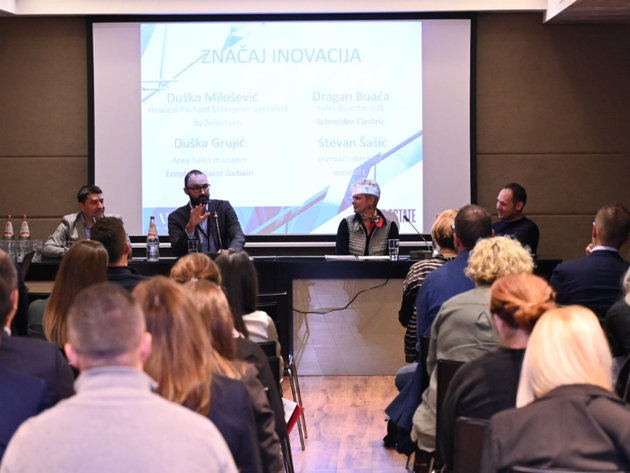 Real Estate round table
One of the topics discussed at the round table organized by the Real Estate magazine was the importance of innovations in construction. The participants agreed that modern buildings needed to be flexible, given the changes in the technology.

– One needs to predict what happens to the building in the future, so architecture needs to be flexible. In order to keep up with the changes and predict the budget more efficiently, we are using BIM increasingly often. There's also neuromarketing, which helps us analyze the space in advance in a virtual environment. These are all the ways for us to measure the value of a project – emphasized Stevan Sasic of arcoSITE.

On the other hand, Dragan Buaca of Schneider Electric believes that buildings are still designed in line with obsolete methods and that data are not used in building management.

– We need to create conditions for that information to be collected, organized as data and then used as guidelines in order to make a building smart – Buaca said and added that, in 2020, there would be three times as many connected devices in households than in 2014.

He also noted that old buildings could be reconstructed to be smart and presented the EcoStruxure solution.

The importance of sound insulation was discussed by Duska Grujic ahead of Ecophon, Saint-Gobain. She said that it was necessary to have sound insulation in a space and adapt it to the users, as we spend 90% of our lives indoors.

– Everything is much noisier, especially pools, wellness zones, wedding halls, hotel lobbies – Grujic said and added that acoustics needed to be considered at the beginning of the project.

On this occasion, Baumit, a company to which the Viva Park project provided a base for the further development of production, presented its products as well. The project took the form of a test involving 12 small houses built from various materials, in which 33 sensors collected millions of pieces of data.

– We concluded that healthy residence requires a temperature of 20 to 23 degrees Celsius and air humidity of 40% to 60%. The temperature difference between the wall and the air in the room mustn't be higher than two or three degrees – said Boris Antonijevic. 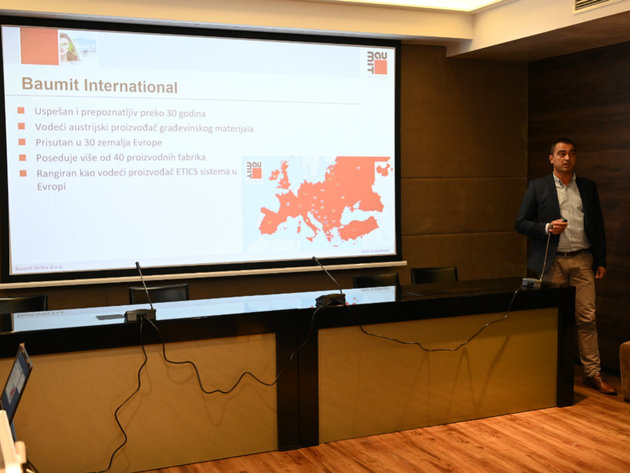 In line with the concept of modern building, he noted that, based on the project, the winning combination entails insulation, massive structures and the said parameters of the air in the rooms. Antonijevic added that the development of the new Healthy Living line was being prepared.

The importance of brick materials in construction and modern architecture was discussed by Radomir Vuckovic ahead of Arterracotta. He said that the implementation of this material meant that there are no amortization or maintenance costs and that it was a good solution for a facade “which will always look good”.

Only logged-in users can comment.
Latest
Most read
Russia Registers First Vaccine Against Covid-19 11.08.2020.
ABB to Modernize Veliki Krivelj Copper Mine 11.08.2020.
Most New Jobs in Canada Part-time – Small and Medium Companies Facing Shutdown 11.08.2020.
Toshiba to Stop Producing Laptops After 35 Years 11.08.2020.
ABB to Modernize Veliki Krivelj Copper Mine 11.08.2020.
Best Offer in the Neighborhood – It's Never Been Easier to Get a Modern Apartment That Radiates Luxury and Sophistication 11.08.2020.
Al Dahra to Invest EUR 173 Million in Most Modern Agricultural Complex in This Part of Europe – By the End of 2022, Palilula to Feature Animal Feed Factory, Silos, Biogas Power Plants, New Irrigation Systems... 09.08.2020.
Zlatibor Accommodation Occupancy Rate at Over 95% 11.08.2020.
Weather
Weather forecast