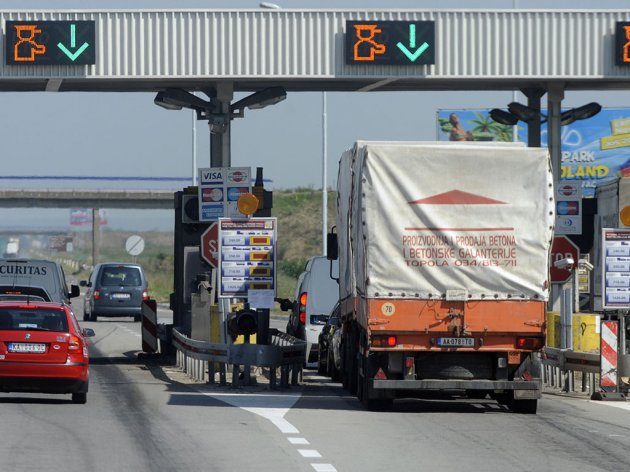 The new toll booth is a part of the project of moving the existing toll booth Bubank Potok due to the bypass route around Belgrade's crossing the Belgrade-Nis highway. The toll booth Bubanj Potok is soon to be demounted.

The value of the works is RSD 1.74 billion, VAT not included, and the contractors were Strabag, Vojvodinaput and PZP Zajecar. The subcontractors were the Mihajlo Pupin Institute, Srbijaautoput, Vika Projekt and Masinoprojekt Kopring.

The new toll booth also differs from Bubanj Potok by having the head office facility located on the overhead passage. The number of lanes featuring electronic toll collection has also been increased from nine to 20.

A total of 70 HD cameras have been installed, of which 50 on the lane area and the remaining 20 in the road maintenance base zone.

In line with the energy efficiency trend, the heating and cooling of the complex is carried out by fan coils, and the external lighting of the entire complex consists of LED lamps.

The new toll booth will have 131 employees on jobs of toll collection, security, money counting and technical service.