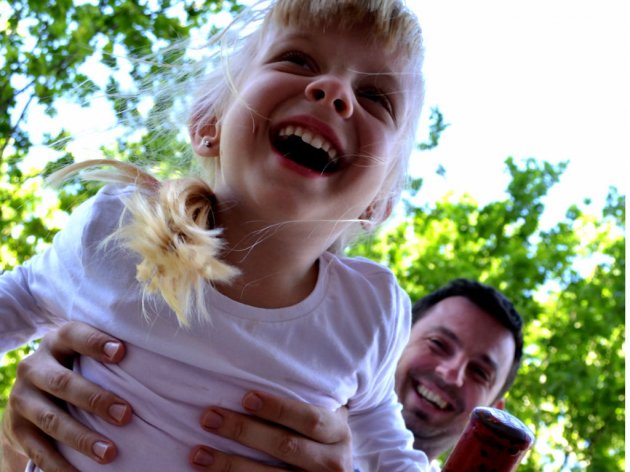 (Photo: I.Vukša)
Up till several years ago, amusement parks with trampolines were a rarity, at least in this region. The situation is slightly different now, and considering the number of companies in Europe which have started designing, producing and installing parks with trampolines in the past years, this type of entertainment will only become more popular. Poland's Jump Planet is one such concept.

Trampolines for basketball, volleyball or dodgeball, but also pools with foam cubes and obstacle courses are the standard offer of Jump Planet. Most of these parks also have rooms for relaxation and socializing, suitable for birthday parties and other events, but also for the opening of coffee shops.

In addition to having started penetrating the local market, Jump Planet has started offering the franchise in the region.

– Parks with trampolines have quickly become a favorite destination for recreation and entertainment, equally attractive to children and adults. This is a developing market and I believe that the business will be extremely profitable for a number of years – says Bartosz Sledzinski, the owner of Jump Planet.

At the moment, Jump Planet has four parks in Poland and one franchise facility.

– We developed and offered the franchise in March 2018 and we already have nine franchise parks prepared for seven cities in Poland. We are also partners on a project with a local sports center, so our park has opened within a complex featuring a gym and tennis and squash courts – Sledzinski explains.

Those who decide to buy the franchise and open a trampoline park will need to find an adequate area, Sledzinski confirms.

Jump Planet requires a hall with tall ceilings and an area of 500 to 4,000 square meters. He notes that, lately, shopping centers have been showing an increasing interest in such parks, as they attract a large number of people and raise the number of visitors by 15-20%. Regardless of the increased demand, a Jump Planet area needs to meet all safety requirements, which is evaluated and monitored by the franchiser.

A franchisee needs to set aside an average of around EUR 115 per square meter to equip the park. The costs also include the rent, so for example, 750 m2 of trampolines requires around 90 to 100 thousand euros. On the other hand, the franchiser provides the sales counter, the sales system, the client service, a website with a system for reservations and online payment, as well as a mobile app for reservation services, all without a fee.

– Our partners can count on help in all phases, before and after the opening of the park. We will also provide assistance in employing and training the staff. We will offer program activities for all target group, such as fitness for ladies, physical activity for children and the young, team building sessions for companies – explains the owner of Jump Planet.

The results made so far show that franchisees can expect a high income.

– In Poland, a franchisee makes a net amount of at least EUR 7,000 each month, after the salaries, the fees, the rent and the utility bills are paid. The lack of competition is another advantage. Our experience shows that the owner of a park practically starts earning money on the first day – Sledzinski says. Under the franchise agreement, however, the franchisee shares the profit with the franchiser, who gets 6% as a monthly fee and 3% from the revenues as a compensation for the marketing.

The number of employees depends on the size of the Jump Planet facility, but also the territory of the city it operates in. On average, there are 10-12 workers per one thousand square meters, including a manager, two reception desk workers (plus one worker on weekends), instructors and animators in charge of organizing the activities. On the other hand, Jump Planet does not require the franchisee to be involved in the operations, instead acting only as an investor which puts the management of the park in charge of a manager or a team of managers.