Serbia by bike – Could our country become a desirable destination for cycling tourists? 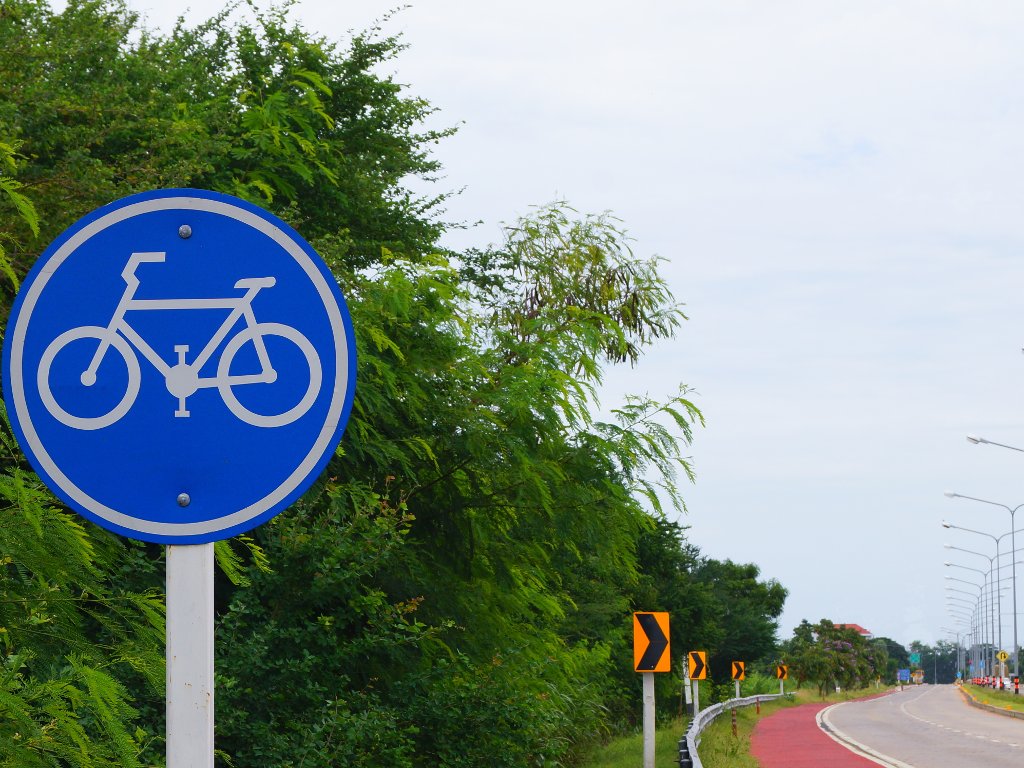 Illustration (Photo: PhotoAS/shutterstock.com)
Did you know that two European bicycle corridors, EuroVelo 6 and EuroVelo 13, pass through Serbia? The former is 4,400 kilometers long and connects Nantes, France, with the Romanian Port of Constanta, whereas the latter links the Barents Sea and the Black Sea and is 10,400 kilometers long.

Although the two corridors are officially a part of the European map, Serbia is not using them sufficiently, mostly due to inadequate infrastructure and the cycling lanes not being equipped well enough. The country still has a lot to do to become a part of the cycling map and a good host for those looking for active vacations.

Around 15,000 cyclists travel down the two routes through Serbia per year, and the number could be considerably higher. Investments in basic cycling infrastructure are not big, as cycling fans mostly require only designated lanes and the most basic accompanying features. The problem is that, although the state is marking cycling lanes, no new ones are being built, though they are necessary. Also, Serbia lacks infrastructural solutions which might provide cyclists with more safety when entering and exiting towns.

A highway is not a bicycle lane

According to Vladimir Curcic of the Bajsologija association, although there are officially two corridors in Serbia, in practice, it has none, as the existing ones are not fully marked and lack infrastructure. An example of this is that a part of the EuroVelo 6 route, from Subotica to Novi Sad, is in fact a highway!

– These are not bicycle lanes, as there is no infrastructure, no accommodation capacities along the lanes, no necessary signalization... It often happens that it’s too late for foreigners to go back once they realize what the situation is like – Curcic says for eKapija and adds that Serbia is not using the fact that European bicycle corridors pass through it.

EuroVelo 6 enters Serbia near Backi Breg, goes through Novi Sad and across Fruska Gora and further to Belgrade. The next major stop is Smederevo, and the corridor then goes through the Djerdap National Park and the Djerdap Gorge towards Romania.

The EuroVelo 13 is somewhat longer and goes along the borders with Hungary, Romania and Bulgaria.

The Tourism Development Strategy of the Republic of Serbia for the period from 2016 till 2025 plans activities of special importance for the development of tourism, to be supported from budget funds or to be applied for through available EU programs. Among these activities is an improvement of the tourist infrastructure and suprastructure (construction and development of cycling lanes and other cultural-thematic routes, tourist signalization, visitors centers, camps, beaches etc).

Illustration (Photo: Rocksweeper/shutterstock.com )
The Ministry of Trade, Tourism and Telecommunications says that they’ve been successfully maintaining signalization along the EuroVelo 6 route in cooperation with the Danube Competence Center and the German GiZ in Serbia in the past five years and that the signalization for the EuroVelo 13 route was installed in 2016.

– A very important step in the further development of cycling routes is the implementation of the first bus line enabling the transport of bicycles. The Danube Competence Center has secured the installation of a bicycle carrier, which can transport five bicycles, in cooperation with the Arriva Litas from Pozarevac. The bus services the Belgrade-Kladovo route on a daily basis, enabling an easy transfer of bicycles to all the key destinations along the Danube, located between the said two places: Pozarevac, Veliko Gradiste, Golubac, Donji Milanovac and Kladovo – the competent ministry told our portal.

Further investments in the accompanying infrastructure, such as resting spots and cyclist camps, as well as infrastructural solutions that would enable a safer entrance and exit of cyclists to and from towns, are necessary.

As the ministry told us, according to the data of the Danube Competence Center, around 15,000 tourists cycle down the two routes through Serbia a year.

Still, precise data about the frequency of traffic on EuroVelo 6, the most popular route in Europe, should arrive during the next season, as a bicycle counter, installed near Lepenski Vir, was put into operation this year. This should finally provide fully fresh data about the traffic on EuroVelo 6, also known as the Danube Bicycle Route, in 2018.

The data about the revenues the country realizes from this form of tourism does not exist, but the survey conducted by the Tourism Organization of Serbia in 2016 has 11.9% of the subjects citing active vacation (which includes cycling) as the main reason for visiting a destination. For example, Austria realizes 13 million overnight stays thanks to the cycling tourism along the Danube, and the country also realizes added value of EUR 71.8 million from cycling.

In addition to the said two European corridors, Serbia also has other potentials for the development of cycling tourism, thanks to its intact nature. 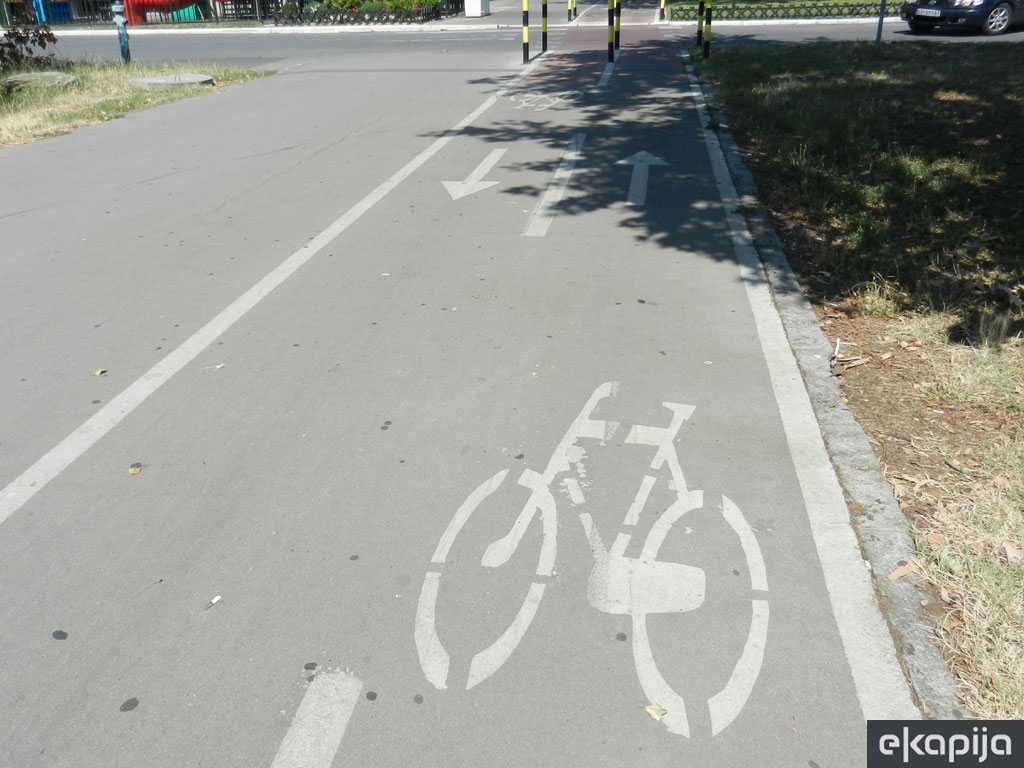 – Some of the destinations currently being developed include the Dragacevo area, with the Jelica mountain, the canyon of the river Jerma, as well as Vlasine, where market cycling lanes and footpaths do exist. The Negotin area also has several designated bicycle lanes – Ivan Vukovic of the Sector for Sports and Active Vacation at the TOS says for eKapija.

Most of the investments in Serbia currently involve marking the existing routes.

One of the current projects is the Bicycle Tourism Toward Rural and Regional Development Srem, a part of the program of support to regional and rural development in Serbia, financed by the Swiss Agency for Cooperation. As the competent ministry told us, the projects amount to a total of around RSD 37 million, of which 15% is partner co-financing. The leading partner is the Regional Development Agency Srem. The remaining partners are the Ministry of Trade, Tourism and Telecommunications, the Provincial Secretariat for Economy and Tourism, the City of Sremska Mitrovica, the Municipality of Pecinci, the Tourism Organization of the Municipality of Pecinci, the Municipality of Irig, the Municipality of Indjija, the Fruska Gora National Park, MTB Druzina Cycling Club, The Nature Conservation Movement Zasavica from Sremska Mitrovica and the Cikic village farm.

– This project, which should last until the end of August 2018, entails the construction of cycling infrastructure, as well as the installation of signalization on the Sava Route – Ivan Vukovic says.

The TOS explains for our portal that the enhancement of infrastructure does not require large funds, as in a lot of cases the existing lanes only need to be marked by info boards and equipped with basic street furniture for resting.

– Sports associations oriented towards this type of activity often improve the infrastructure in the existing lanes, tracing and marking new lanes through projects and partnerships with local tourism organizations – the TOS says for eKapija.

However, according to Vladimir Curcic, those investments are not sufficient. Bajsologija hopes that Serbia will work more on providing cyclists with good conditions in the upcoming period. Cycling fans might thereby enjoy local lanes as well, whereas tourism workers might count on bigger revenues.