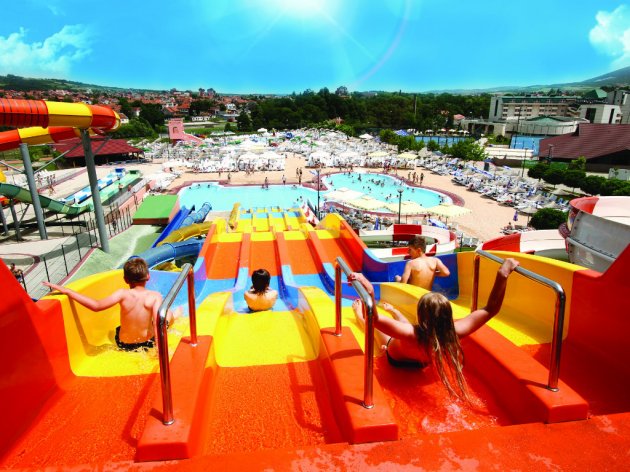 Izvor aquapark in Arandjelovac
Numerous pools with water attractions and waterslides provide relief during a hot summer, but also serve as an additional motive for foreigners to visit Serbia or stay in the country for a few days longer. According to the Ministry of Tourism, there are a total of 13 of them in the country, and the latest one, in which EUR 3 million was invested, opened in Doljevac in July 2016.

The offer might soon increase, as the construction of such facilities is being considered in Golubac, Grocka, Zlatibor, Novi Sad...

Ticket prices depend on the location and the features and range from 150 to 1,000 dinars and more. Half-day, whole day, weekly and monthly discounts are also available.

However, the competition is increasing, and weather conditions are growing more and more uncertain, so the surest way to success for aquapark owners is through quality and constant upgrading of the features. What Serbia lacks are indoor aquaparks, which could be active throughout the year and not depend on weather conditions. Still, these are big investments, so it's not always easy for the owners to decide to take such a big step.

Although the first aquapark in Serbia opened back in 2007 in Jagodina, the Ministry of Tourism has in fact not yet defined the requirements that such facilities need to meet, so it's up to the owners to create standards for themselves.

State Secretary at the Ministry of Tourism, Trade and Telecommunications, Miroslav Knezevic, says for eKapija that the state recognizes the importance of aquaparks and that it also offers a certain help in development.

– The strategy of the development of tourism until 2020 shows that the state recognizes the role and the importance of transit tourism. The fact is that there are numerous foreign tourists passing through our country, especially in the summer period, which points to the need to expand the offer. One of the ways of achieving this is through aquaparks, amusement parks and similar features which would attract tourists in transit to spend a part of their vacation in such relaxing locations. This way, the spending would increase in this area, and with it the revenues as well – Knezevic explains.

Knezevic adds that the ministry can provide businessmen with favorable credits, with an interest rate of 1%, to enhance the features. Furthermore, the aquapark in Jagodina also got a subsidy of RSD 20 million for the development of additional features this year.

The Tourism Organization of Serbia (TOS) also says for eKapija that additional features are important for the extension of the tourist season and that they should be adapted to various tourist categories.

– Aquaparks, for example, attract families with children. Some of the tourists destinations which have enhanced their offer in that direction include Sokobanja, Petrovac, Backi Petrovac, Jagodina and Arandjelovac – they explain.

Around 100,000 guests a year in Arandjelovac

The Izvor aquapark in Arandjelovac is a part of the complex of a luxury five-star hotel, and, as they say for eKapija, it has had a direct impact on the fullness of the capacities.

– In the first year of the hotel's operations, the capacities were the least full in the summer months, and , beginning with the second year, when aquapark opened, we have started recording the fullest capacities in those months precisely – Izvor says for eKapija.

The long-term plan, they add, is to constantly invest in adding to and innovating the offer.

– Investments will continue in the future, as this is the way things work in the world, whose standards we are following. On average, there are around 100,000 visitors per season, but, to us, the most important thing is that these are people who look for a certain standard of quality – Hotel Izvor adds. 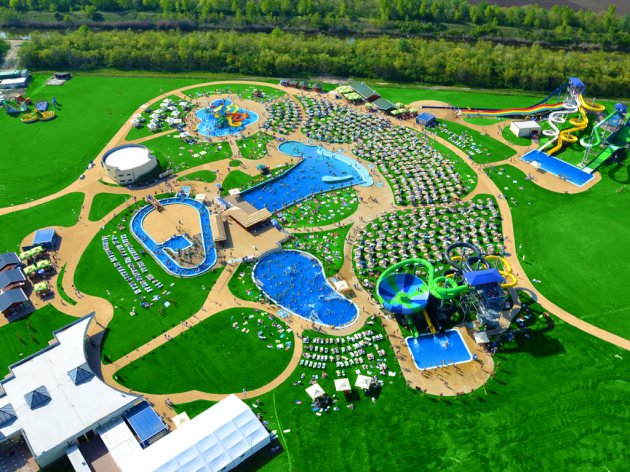 Deputy General Manager of Petroland aquapark, Samuel Slemender, says that a return on initial investments can be made after seven to ten years. The Backi Petrovac complex opened in 2012 and the possibility of construction of an indoor section has been considered since. The plan has been put on hold once again, however. Instead, they intend, as our interviewee says, to invest in accommodation capacities.

Slemender clarifies that two thirds of the revenues come from the tickets, whereas the rest is earned through sale of food, souvenirs etc.

What Petroland lacks is accommodation capacities, which the management will work on in the future, our interviewee adds. The new cycle of investments entails the construction of dressing rooms, bungalows, an Olympic pool, two new waterslide towers... This investment cycle will be divided into three stages, the first of which should start as soon as the local self-government issues the necessary permits.

In order for old visitors to keep coming back, new features need to be introduced all the time, Slemeder explains. He confirms that they have considered an indoor aquapark, but that this is a big investment.

– The project exists, but this is a serious investment, which entails not just closing down the pool, but also adequate air conditioning and heating. It is not simple for indoor aquaparks to operate in the winter period, when temperatures are below zero. All this means more expenses – Slemender said.

Visits by foreigners on the rise

Initially, around 80% of Petroland's visitors were local tourists, whereas around 20% were foreigners. Now it's different, they say, as 60% of the tourists come from abroad, whereas around 40% come from Serbia.

– For a few years now, we have been cooperating with agencies from eastern Europe – the Czech Republic, Poland, Slovakia... Tourists from this countries always make a stop at our aquapark, as the road they have to travel to get to the seaside is a long one. Our position enables us to have a large number of tourists from Croatia and Romania – Samuel Slemender explains.

Running an aquapark requires a lot of money and it often happens that, after initial enthusiasm, many of them give up or put the investment on hold until “better times” come along. In the past period, this has happened to the Trgogradnja consortium, which planned to build an aquapark near Nis, along with Hotel Nais. The company explains to eKapija that the project has been paused and that they are currently looking for another investor.

In the Municipality of Cajetina, as they say for eKapija, they are preparing a location for a potential investor. The preparation of the business plan and the feasibility study for the construction of an aquapark in Zlatibor is in progress, and the documentation is financed by the Swiss government as part of the PSD program. The local self-government has already defined the location by a detailed regulation plan.

– Following the completion of the documentation, we will be able to offer a parcel for an aquapark for potential investors – they say at the Municipality of Cajetina.

Mayor of Belgrade Sinisa Mali has also announced that the capital of Serbia might soon get an aquapark at the IKEA department store, and, as he claims, a Turkish investor is interested in this project.