Adventure does (not) pay off – Is there a future for the amusement park industry in Serbia? 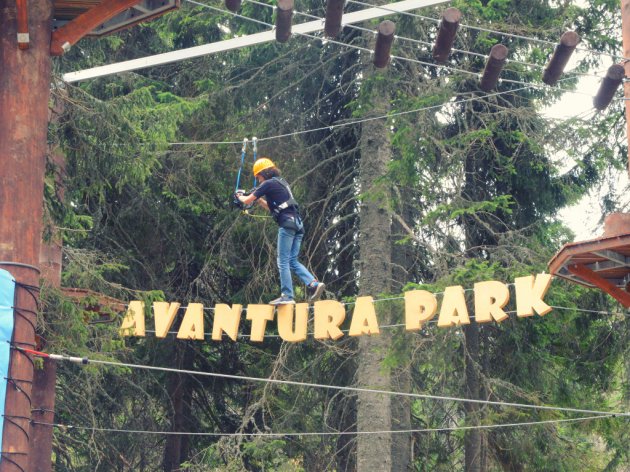 Kopaonik recently got its amusement park as well
The first season of the Novi Sad Dino park ended with attendance three times lower then expected, whereas the costs of its operations, which measure in millions, fell on the shoulders of the PUE Gradsko Zelenilo, the Vojvodina Research and Analysis Center (VOICE) recently reported.

The Novi Sad Dino Park opened in the spring of 2016, and the management of Gradsko Zelenilo estimated at the time that it would be visited by 200,000 people. However, the first season ended with around 65,000 tickets sold. Instead of the projected revenues from tickets, which should have ranged between 25 and 30 million dinars a year, only RSD 17.87 million was realized, VOICE says.

Dino and adventure parks are additional features by which tourism workers seek to attract visitors, and entertainment complexes of this kind are increasingly more numerous in Serbia. Up to several dozen million dinars is invested in the construction of these parks, and investors mostly expect to get a return on the investment several years after the opening, depending on how much money was given for the parcel, the construction, the equipping...

Whereas investors claim that this is a profitable business, experts are much more reserved.

– Most such projects here are barely profitable. As a group, we have actively advised and evaluated some of the globally famous amusement parks, such as Wild Wadi Dubai, Six Flags USA etc, and this is a serious industry with big turnovers, but also big business crashes – Srdjan Vujicic, real estate manager at Coreside, explains for eKapija.

Kopaonik also recently got one such amusement park. The Ski Resorts of Serbia built an adventure park on the mountain, taking up around 2,000 square meters. As the company said for eKapija, the project was realized with the funds of the Ministry of Trade, Tourism and Telecommunications, and the value of the investment is RSD 9.8 million. The Ski Resorts expect the Kopaonik investment to become profitable in five years.

The company, however, couldn't specify how much money is needed to maintain such facilities, considering that the park in Kopaonik opened only recently, that it was still under guarantee and that such expenditures are therefore still non-existent. Furthermore, as they say, they cannot estimate the expected number of tourists by the end of the season either.

In addition to Kopaonik, the Ski Resorts of Serbia opened one such park on the Zlatibor peak of Tornik last year, and, as they told us, the construction of a similar facility, meant for children, is in progress in Stara Planina.

In addition to the said adventure park, Zlatibor recently got a Dino Park as well. A little over two months has passed since its opening and it has been visited by over 60,000 guests so far, Milica Zec of Dino Park says for our portal. 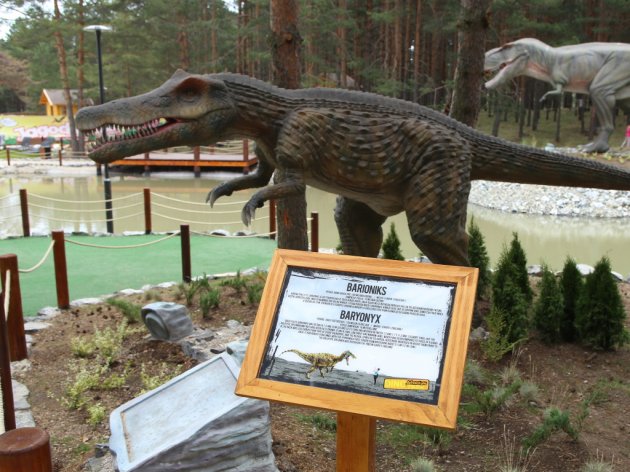 Dino Park Zlatibor has been visited by 60,000 guests in two months
– Talking to our visitors, as well as hotel owners we cooperate with, we have learned that a large number of guests visit Zlatibor for Dino Park exclusively. We therefore believe that we have largely contributed to an increase of the tourism offer, as a feature of this kind was exactly what Zlatibor was missing – Zec told eKapija.

They were not able to tell us what the height of the investment was, nor how much it took to maintain the park and when it was expected to turn profitable, because, as they say, “the financial year is not yet over”.

According to Srdjan Vujicic, although such features are increasingly more popular in Serbia, due to the uncertainty of the investment and the risk of doing business, investors more often opt for more certain projects, such as the construction of residential and office facilities, as well as investments in healthcare, the school system, the automotive industry...

The Tourism Organization of Serbia, however, believes that the construction of such features is justified.

As the TOS told us, adventure, adrenaline and dino parks are additional features that are very important for the extension of the tourist season and which should be adapted to various categories – families with children, the older populace, those interested in exploring new destinations and cultures, health maintenance, adventure, fun...

– Keeping in mind that the number of tourists in Serbia, both local and foreign ones, is growing year after year and that the Government of Serbia has recognized tourism as a priority industry, local self-government and tourism organizations are making considerable efforts towards enhancing the quality of the offer, both in terms of infrastructure and additional features which can meet the demands of modern tourists, for whom the imperative is increasingly more to “experience” rather than to “visit” and “rest” - the TOS told our portal.

Neither the TOS nor the Ministry of Trade, Tourism and Telecommunications could provide us with precise information about where such features existed and where the construction of similar facilities was planned. As the ministry told us, such facilities have not even been properly categorized yet, and there are no precise data about how many of them there are in Serbia precisely.

Kragujevac and Ljubicevo recently got facilities of this kind, whereas new ones are supposed to be built in Pirot and near the Resava Cave by the end of 2017. In addition to Zlatibor and Novi Sad, Dino Parks are present at the Svilajnac Natural Center, as well as in Kalemegdan, Belgrade. The Zlatar mountain also has its own adrenaline park.