(Photo: chaoss/shutterstock.com)
The number of parking places in Belgrade and whether there are enough is a never-ending topic of capital citizens. According to some data, the number of registered vehicles in Belgrade since 2000 has increased by 40%, but nobody dares to precise calculation on how many places lack. One of the ways to increase their number is through a public-private partnership.

The only contract on business-technical cooperation for managing privately-owned garage, Belgrade’s PUC Parking servis for the moment has with Titan Delevelopments for mutual management at garage at Baba Višnjina street. However, interested investors have recently been presented with public-private partnership project for construction of four underground garages in the city center (at Studentski trg, Republic Square, in Vlajkovićeva street and in Fruskogorska street) whose total value is estimated at EUR 50 m. As City Administration communicates for our portal, a large number of potential partners appearaed at presentation, local and foreign companies with rich international experience in this field. Our collocutors however do not state when public call could be released but they do say all investors will have equal terms.

- Interested partners have already sent a large number of proposals - how to implement a project as good as possible and as soon as possible. All these proposals will be considered, and those models that are adopted will be offered to everyone.

Garages which were part of this analysis are located in the city center where there is the highest deficit of parking lots, and by building them the number of places in the center will increase by around 2,000. The City reminds that in this zone, construction of a shopping mall with a hotel in Rajiceva which will have a public garage with a capacity of more than 400 places and whose opening is planned for September will be completed.

Apart from investors, however, the City is planning to offer public-private partnerships to citizens, and as announced by city manager Goran Vesic, construction of an underground garage in Knez Milos street should be finalized this way. Construction permit for reconstruction of a busy street, which will give Belgrade another underground garage with more than 400 parking spaces, was issued in early August and a tender for reconstruction should be announced by the end of the year.

- The idea is to offer our fellow citizens a long-term lease of a parking place in city garages, for example 20 or 30 years. In this way, many world metropolises like Barcelona and Milan have solved the problem of financing construction of underground garages. They are located on public space, therefore they are for long-term lease, and not for sale - they specify in the City Administration.

It is planned that several garages more in the city will be financed this way (in Takovska, from the Faculty of Law to the Czech Embassy, ​​Njegoseva). As they explain, a car in the city center is growing in luxury, and there are citizens who are willing to pay long-term lease and according to the surveys which have been carried out, planned garages will have enough capacity for such requests. 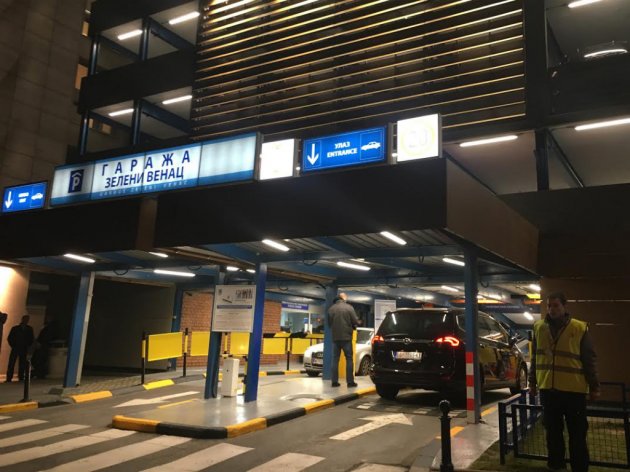 (Photo: beograd.rs)
Already now, a fair number of Belgrade citizens handles parking problem through monthly rent. In recently renovated garage on Oblicev venac, for example, there are still few places for which the request for using this service can be made, and unofficially some places have been reserved for 10 years in advance. For a monthly rent, instead of a daily ticket, drivers decide on one of private garages in Belgrade which are not under the jurisdiction of the Parking Service.

Garage Uni business services in Marsala Birjuzova street has been operating for 12 years like that and as they say for our portal, the occupancy is maximum.

- We have about 100 parking spaces and a capacity of as much as 110%. Investments are maximally profitable for those that want to do business in the long run - they say.

There is no precise information on how many private garages there are in Belgrade. With respect to this question, Parking Servis state that only they, as a company founded by the City of Belgrade, operates public parking, have the right to charge parking at started hour at the territory of the city of Belgrade. This, they explain, is explicitly stated in the Decision and decision on public parking lots, and payment is made in line with a price list that is granted by the competent branch of the city of Belgrade.
Uni business servis outlines that they are registered as a garage.

- We regularly do business and services are charged per hour, but the number of such users is symbolic in our country, because our users use monthly rentals. 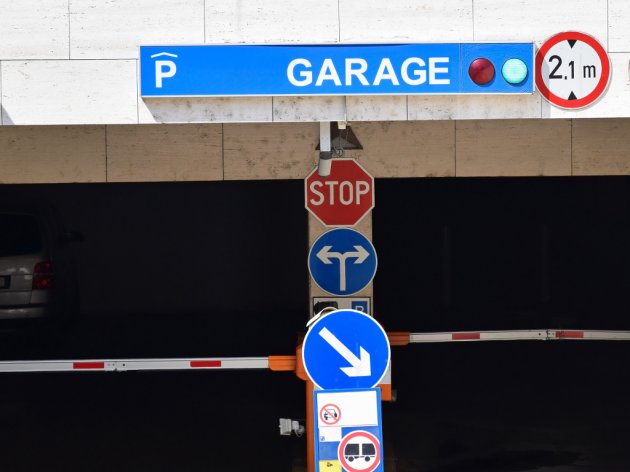 (Photo: Laszlo66/shutterstock.com)
The price of parking place per hour in this private garage is RSD 150 while monthly lease is EUR 250 per month. In the garages and parking areas of the Parking Servis prices per hour range from RSD 50 to 100, and there are also several options for a monthly subscription. For example, a 24-hour monthly subscription at the Zeleni venac garage is 10,000 for individuals, RSD 17,000 in the garage Obilićev venac and RSD 12,000 in Masarikova.

PUC Parking servis has a total of 35.000 parking places in Belgrade. Out of that, app. 25.000 is under payment regime in the streets and some 10.000 in 9 public garages, 23 garages with reserve parking places, 18 parking areas and 2 SMS parking areas which are managed by this company.

Parking – a must in new buildings

Representatives of the City of Belgrade state the biggest lack of parking spaces in Serbian capital is in the center, since most buildings date back to the period when no underground garages were built, as it is an obligation of every investor building a building today.- Each new building, according to regulations, must have parking within the plot. For residential buildings, this is a parking place per a flat, and for business there is one place on 80m2 - the city administration communicates.

Another new garage in narrow center?

Belgrade could get another underground garage at two levels with app. 460 places in the area below Gavrilo Princip park. Its construction was planned though within Detailed regulation plan for a part of the block between Admiral Gepart, Knez Milos, Balkanska and Nemanjina streets which has been at public inspection. . It is still not knows if there are interested investors.