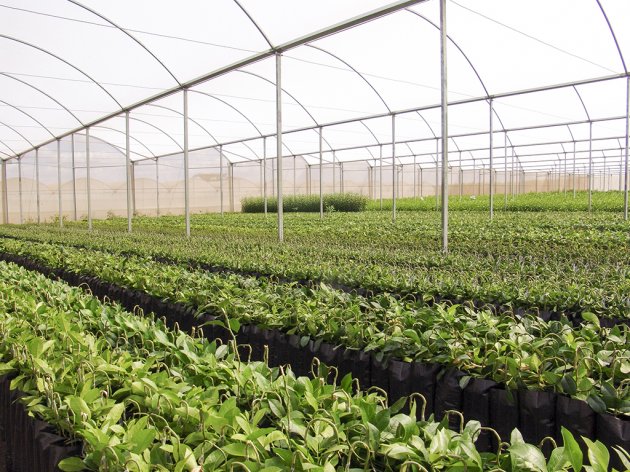 (Photo: Alf Ribeiro/shutterstock.com)
Vegetable yields per hectare in greenhouses can be up to 10 times larger than in the production under open sky. Despite that, only a few dozen hectares in Serbia are covered with greenhouses, with only 5 ha being covered by modern greenhouses (with an improved ventilation system, materials and equipment, 4.5-5 m of height up to the gutter and the top higher then 7.8 m), whereas the rest is covered by models up to 30 years old (lower greenhouses with 2.5-3 m of height with the top at 4 m). The reason for that are high investments, unfavorable loans, high production expenses, non-competitiveness in the market, but also the lack of understanding by the state.

According to experts, at least 5 ha is necessary for the cost-effective production, with family businesses requiring 0.5-1 ha.

– The price is around EUR 100 per square meter, and nearly the same amount is needed to prepare the infrastructure, electricity, water, field leveling, concrete work surfaces. It also depends on the level of the equipment – heating and ventilating systems... Smaller surfaces are more expensive, larger ones are cheaper, and a greenhouse is ready only when everything has been provided – the infrastructure, fertilizers, substrates, machinery...

The producers are additionally burdened by unstable market prices and large import. Jovic explains that Serbia annually imports as much as 25,000 tons of tomato, mostly produced in greenhouses. Due to this, according to our interviewee, only the surfaces of 5 ha upwards are cost-effective, as they allow for exporting. In Serbia, however, even those are a rarity. We lack the quantity, the quality and the continual production in order to be able to maintain greenhouses.

(Photo: Robert Kneschke/shutterstock.com)
The Glozan-based company Agroplod is one of the largest greenhouse producers in Serbia. They are developing their production on almost 5 ha of greenhouses, and they grow tomatoes, cucumbers and peppers in 3 modern plastic greenhouses. Until two years ago, they used to export tomatoes to Russia, but the export was stopped due to insufficient quantities.

Janko Bohus, the company's owner, says in his interview for eKapija that they would have to export everything they produce to meet the needs of the Russian market, but that they don't want to lose local local clients.

They don't plan to expand further. It's hard enough, he says, to maintain what they already have. The state has no understanding towards producers, our interviewee claims, and doesn't grant any subsidies for greenhouse production, even though the yields and employment opportunities are considerable.

Tomato yield in a greenhouse is around 40 kg per m2, which is, Bohus emphasizes, 6 to 10 times more per hectare than in the production under open sky, and it is known that each degree of more efficient light usage means 1 kg per m2 more.

– We have invested in energy efficiency and built a pellet boiler in order to reduce the production expenses and expand the business, but we are still up against imported goods. The state needs to declare imported goods and protect the local production, so that consumers can see clearly where the goods are coming from and decide for themselves whether to buy goods from Serbia, Albania or from wherever.

– We're not counting the EUR 15,000 loans granted by certain institutions, since a 1 ha greenhouse requires at least a million euros. 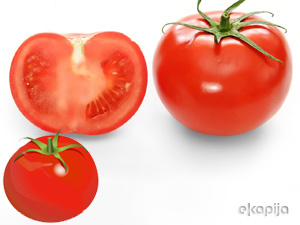 Croatia has, in the past four to five years, built around 35-40 ha of the most modern greenhouses. In Serbia, used, small greenhouses of up to 200 square meters are still the most popular ones. Jovic says that there are indications that modern greenhouses will be built in Serbia on the surface of around 10 ha in 2017, but that nothing is certain. Certain big companies had ambitions to start producing in closed spaces on larger surfaces, but nothing has yet been realized.

At least three months for the construction

The main suppliers of equipment for the construction of greenhouses in Serbia are the Dutch companies KG SYSTEMS (Kees Greeve Glasshouse projects B.V.), CERTHON, View Engineering, along with their representatives. The Dutch also have a share in one of the largest seedling production companies in the Balkans, the Irig-based Grow Rasad, whose greenhouse production is probably the most modern production of its kind in Serbia.

All the equipment for raising greenhouses is imported, and the period from placing an order to building the greenhouse usually lasts for at least three months. The location is one of the most important factors to be considered prior to the construction, whereas heating is the most expensive item on the list.

It's important to emphasize that greenhouses in Serbia have the status of civil engineering constructions and are subject to the procedure of getting a building permit. How much time it takes to get one depends on the local self-government.