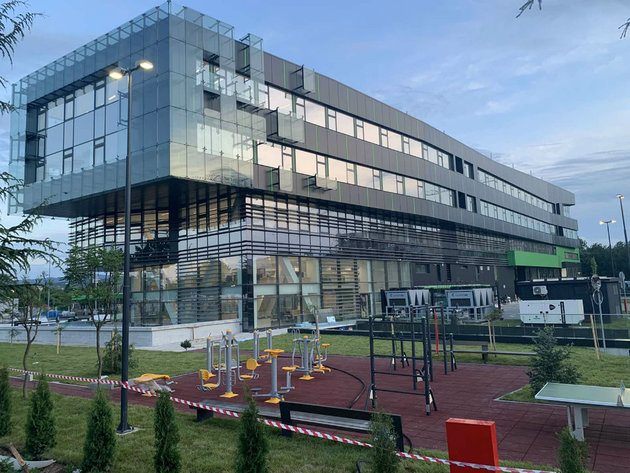 (Photo: Naučno tehnološki park Niš)
The construction of the Science-Technology Park Nis (STP Nis), which began in November 2018, has been completed, and the functional equipping with the furniture and the necessary equipment is in progress. The value of the investment in the construction and the equipping of the STP Nis is EUR 12.5 million, the director, Milan Randjelovic, says for eKapija and adds that the members of the STP Nis are expected to move in this July, so that they could start working in the new 14,000-m2 building in August.

– Along with the investment in the founding of the Startup Center Nis, which will become a part of the STP Nis, and the construction of the Multipurpose Laboratory Unit of the Faculty of Electronic Engineering, the total investment in the development of the innovation ecosystem exceeds EUR 20 million – Randjelovic says.

The investor is the Republic of Serbia, through the Ministry of Education, Science and Technological Development, whereas the project was managed by the Office for Public Investments of the Government of the Republic of Serbia. The funds were provided by the loan of the European Investment Bank, and the City of Nis provided the administrative support and financed the construction of the missing infrastructure and the upgrade of the existing one with its own funds of over a million euros.

– After the processes of administrative check, the rating of the applications and interviews with the expert commission, consisting of the deans of the faculties of electronic engineering and economics and three experienced and successful business people from the fields of IT and development of innovative products, were carried out, 12 tech-development and 19 startup companies were selected for membership in the STP Nis – Randjelovic says and adds that the first members of the STP are companies and startups which are already leaders in the market and whose products and services stand out for their quality, whereas their aim is to use the STP Nis over the next three years to start or continue working on developing innovative projects.

Some of them are the Research-Development Center Sentronis, which develops and produces high-tech instruments for the measurement of magnetic fields and electric currents, and which is known for having produced the best 3D Teslameter in the world, as well as VERIEST and VTOOL, which have been designing and developing chips for around ten years now.

– From the world of gaming, there's Webelix, which is supported by Google through its accelerator program as one of the 10 companies from Europe, and the gaming studio Sozap, whose mobile phone game Armed Heist has over 10 million active players worldwide. One of the projects that is to be developed at the STP Nis is RoboShepherd – a prototype of a shepherd robot which will be able to take out the cattle for grazing instead of a human shepherd. This innovative project is the result of the cooperation of the company Comin-Computer Engineering and the Faculty of Mechanical Engineering in Nis – Randjelovic says.

The members of the STP Nis located on the first floor are also startups from various fields with huge potential. 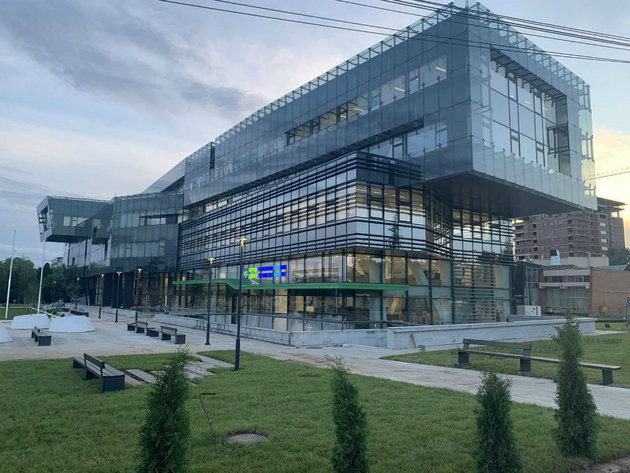 (Photo: Naučno tehnološki park Niš)
– Some of them include innSona, which develops audio processing technologies based on AI methods, Hola Systems, which develops interactive devices and smart systems, and CarSync, which is already testing its platform for the sharing and improved use of vehicles at the Silicon Valley. The gaming part consists of ITC Studio, which generally develops VR multimedia content, but which has placed focus on VR games, more precisely, sports simulations, and the young team ServerBytes, whose platform, with unlimited functionality, aims to make things easier for game developers. Their product can simply be described as Wordpress for the development of video games – our interviewee points out.

As he says, the STP Nis has been founded with the aim of providing infrastructural support to innovations, which, within the defined space, provides infrastructural and expert services to companies, scientific-research and innovation organizations so that they could connect and implement new technologies, create and market new products and services in the market as soon as possible, in order for the technological development of the country to be as fast as possible, all based on the examples of good international practice in this field.

– The aim is also to attract innovative tech-development companies and create conditions for their development by connecting them with scientific-research and high-education organizations and by stimulating the consequent influence on the development of scientific-research organizations, primarily the University of Nis, through joint research activities with tech companies, all to the end of the commercialization of the innovations created in the process of research and development – Randjelovic says and adds that one of the goals is to employ educated young people and create the conditions for our experts who live and work abroad to return to the country.