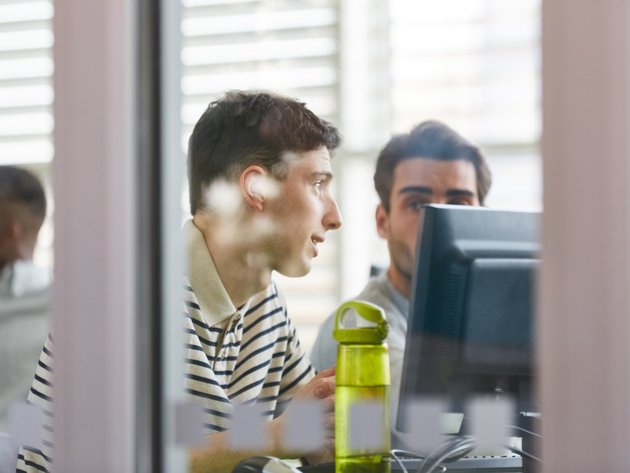 (Photo: Robert Kneschke/shutterstock.com)
The Minister of Innovation and Technological Development Nenad Popovic met with Chen Hui, executive vice president of the China-Europe Association for Technical and Economic Cooperation (CEATEC) .Presenting the potentials for investing in Serbia's innovation and new technologies sector Popovic called on Chinese and European companies to invest in Serbia as much as possible.

– The record was broken 26%growth of exports compared to 2017, Popovic said, adding that Serbia was investing EUR 60 million in six capital innovation infrastructure facilities at the country's university hubs.

Such investments and increase in number of graduated engineers and future technology entrepreneurs will make Serbia an innovation leader in this part of Europe, Popovic said.

– Serbia was the only country from the regions included in the analysis of more than 50 most developed world ecosystems and was given top marks – 10 for investments and 9 for the growth of the total number of startups, Popovic stated.

He said that Belgrade and Novi Sad were noted as unique startup ecosystems and were listed among five leading ecosystems in Europe with London , Tel Aviv, Barcelona and Helsinki.

He added that artificial intelligence, robotics, automatization, internet of things and application of the latest technologies as well as increasingly popular creative industries were fields in which Serbia was developing its new industrial and economic identity.

Executive vice president of CEATEC, Chen Hui said that the organization noted Serbia's accelerated innovation development and that it was interested to point Chinese companies towards investing in innovation and new technologies in Serbia.

She pointed out that CEATES was planning to open trade centers all over Europe that will serve as the medium for European companies to enter the Chinese market.

– Such trade centers are already opened in Germany and Poland and we are thinking about opening one in Serbia too, Chen said.

CEATEC is and Association for Technical and Economic Cooperation between China and Europe founded in 2000 by the Ministry of Economy of PR of China .The main purpose of the association is he purpose is to promote mutual understanding and economic exchange between Europe and China. The association delegation visiting Belgrade is comprised of 18 company leaders from various industry fields including construction , trade, technology and investments.
Companies:
Kabinet ministra bez portfelja za inovacije i tehnološki razvoj
Tags:
CEATEC
Minister of Innovation and Technological Development
Nenad Popovic
Chen Hui
IT services
Global Startup Ecosystem
London
Tel Aviv
Barselona
Helsinki
artificial intelligence
robotics
automatization
internet of things
Startup Genome
Share: