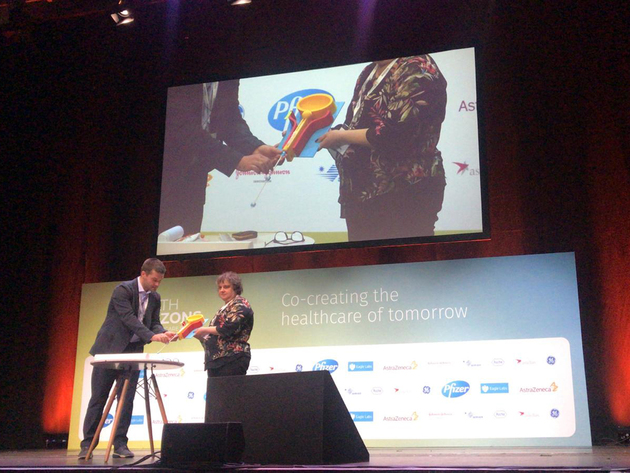 (Photo: NTP Zvezdara)
Twelve finalists from three continents presented their innovations at the global ImagineIF! Contest for startups in the healthcare sector, held on June 27 at the University of Cambridge, and Serbia had its representative for the first time.

The Belgrade-based team SafeCath, the winner at the local contest in Belgrade held this March, presented an innovative catheter, a new technological solution in the market. As eKapija already wrote, this catheter prevents the process of the transfer of bacteria from the external environment to the sterile parts of the urinary tract.

The first ImagineIF! Contest and accelerator program in Serbia was realized by the Innovation Forum Cambridge under the leadership of Stasa Stankovic from the University of Cambridge and in cooperation with the Science-Technology Park Belgrade (platinum partner) and Health Tech Lab (silver partner).

– Winning the local contest in Belgrade was a great experience and being one of the 12 finalists at Cambridge is a one-in-a-lifetime experience. Not only has this opened the door of the health-tech community of the Innovation Forum for us, but we've also established concrete contacts with investors and representatives of the leading world companies in the health and pharmaceutical sector, which is of great use for us in terms of strengthening our current position and further developing our product. We've learned a lot about the steps that are ahead of us and this is especially important for startups in the early stages of development, such as ours, which is why just taking part in the Cambridge contest is a triumph for us – said representatives of SafeCath.

This year's ImagineIF! Contest and accelerator program attracted over 300 apps from all over the world. Local winners were picked based on their business plans and the potential of their innovations for improving the health and well-being of people. They were also given an opportunity to take part in a mentorship program with leaders and companies from various technological sectors and the medical sector. The global final was held within the three-day conference Health Horizons, which brought together prominent names from the worlds of science and medicine, including the leading people from companies such as Astra Zeneca, Phizer, Cancer Research UK, Roche, Johnson & Johnson Innovation and many others.

The winner of this year's contest is JellyDrops, a British startup which has developed a hydrating treatment for dementia patients. The team will get an award of USD 10,000, professional services of the same value, free use of lab space and materials needed for development over the next year, as well as support for its further growth and business development through the Innovation Forum network.