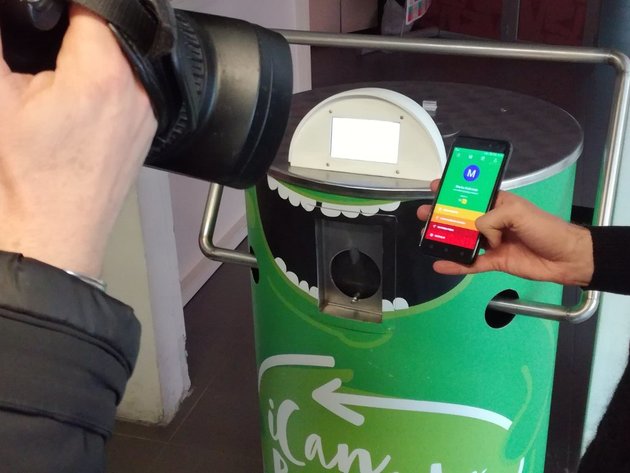 The Serbian startup Solagro and its innovative recycling press placed among the top 15 startups of a total of 300 European applicants at the prestigious PowerUP! Contest in the fields of clean technology and energy efficiency, organized by InnoEnergy.

At the finals held in Prague, before over 200 representatives of the industry and investment funds, Solagro's team, consisting of Nemanja Janjic, Marko Kalicanin and Djordje Djordjevic, made investors from Greece, Hungary and Bulgaria interested, with whom they will continue negotiating about marketing the product in the EU market.

As said in an InnoEnergy press release, this is a great success for Serbia, the only country outside the EU to have a representative at PowerUP!

Solgaro's smart press is a can-pressing machines which communicates with users, explaining how to recycle and then, following the completion of the process, providing the user with a code to be entered into the Solagro app, which converts it into points. Once the user has enough points, they win one of the valuable awards provided by Solagro's partners, the press release says.

– We've established important, direct contacts with investors, which can hep us further develop our product, whit the Green for Growth investment fund having the most concrete intentions so far. It was our honor to represent Serbia at the very summit of the European cleantech scene – said Nemanja Janic of Solagro.