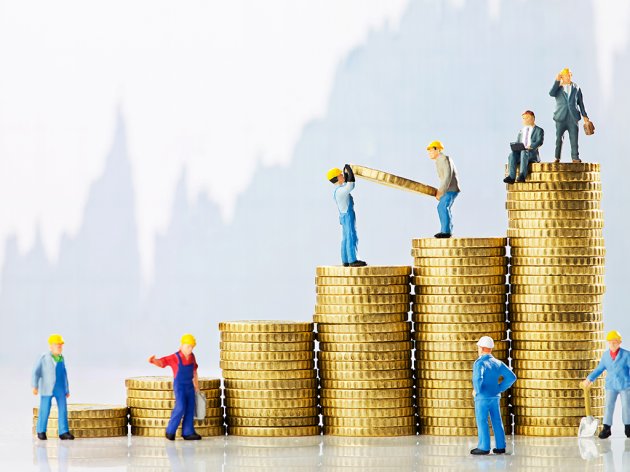 (Photo: pogonici/shutterstock.com)
The Year of Entrepreneurship, through which the state institutions are aiming to support the economic development, especially that of small and medium enterprises, through various programs, has entered its second half, and the Ministry of Economy says that entrepreneurs can currently apply for 21 competitions. The state has so far allocated RSD 9 billion of the planned RSD 16 billion in 2016.

Entrepreneurs often point out that the improvement of the business environment means more to them than monetary incentives. Nevertheless, more than 11,500 companies have applied for the various programs so far.

The Development Agency of Serbia has established five programs within the Year of Entrepreneurship with a total budget of RSD 460 million, of which RSD 390 million as direct financial support through four current programs.

– We have received a total of 857 applications, which are now undergoing different stages of the approval process, and the largest interest seems to be for the Program of support for further development of MSME, with 473 applications sent, which is over 50% of the total number. This means that those who went through the startup phase, the founding and the first year in the earlier years are aware of the usefulness of this type of aid and are now applying for certain quality standards, for example, certification or recertification, trademarks and such. This shows that the companies are expanding their operations, entering new markets, offering new products and growing – says Aleksandar Miloradovic, adviser at the Development Agency of Serbia, for eKapija.

He points out that it's hard to project what the results of the program will be at this point, since there is no adequate way to estimate this. Nevertheless, he adds that MSME make up 99% of registered companies in the European Union and generate more than 60% of the total GDP of the EU. They also produce more than 50% of the total added value created by the companies.

(Photo: isak55/shutterstock.com)
– Through these programs, we are preparing the local economy for the demanding European market game which we should join in a few years – Miloradovic says.

The total available funds for startups amounted to RSD 100 million, and the public invitation was open from April 20 till June 20, 2016. A total of 198 applications in the amount of RSD 118,296,377 were sent, of which 156 were approved for the first phase of the project, i.e. the training program.

The Belgrade-based company Esensa, which produces dietary supplements, pharmaceutical products and consumer goods, has taken part in two public invitations within the Year of Entrepreneurship program. They received RSD 800,000 from the Development Agency of Serbia for the project of internationalization of business entities, entrepreneurs and clusters with the aim of participating in the Vitafoods Europe 2016 international fair. The company was also supported by the DAS with RSD 270,000 through the support program for the further development of MSME and entrepreneurs (recertification of established management system).

– The support of institutions and incentives envisioned by the programs are very important to improving operations and the general business environment. The state offered a wide array of financial and non-financial aids to all forms of legal entities within the Year of Entrepreneurship, which is encouraging and a good starting point for us, practically an initiation for the “years of entrepreneurship” ahead of us, in which we expect key systematic support through synergy and a dialogue between the commercial sector and state institutions – explains Ivana Milinkovic of Esens.

She estimates in her interview for eKapija that active support by the institutions speeds up the development of export-oriented local companies and believes that this is just the beginning of a successful cooperation between entrepreneurs and the competent state authorities.

– In the period ahead, we expect a more active role of state institutions in defining regulations which essentially bring us closer to trends impacting identical or similar products in the EU. It is necessary that each our product gets its “passport”, based on which it becomes recognized by foreign importers as a product which meets their demands, criteria and standards – Milinkovic points out.

Our interviewee says that Esensa will realize the project for which it has received funds from the Year of Entrepreneurship program by focusing on strengthening its international market presence, following global trends and creating new ideas.