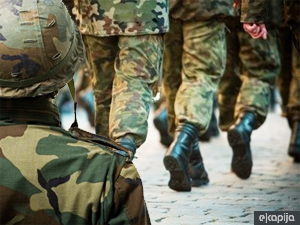 The Minister of Defense, BratislavGasic and NALED heads announced the option of usage of border watchtowers and other military facilities in commercial purposes.

- We discussed the status of our watchtowers and debt conversion of local self-governance into the capital of company in purpose industry, first of all n Uzice, Trstenik, Valjevo, Kragujevac – Gasic said.

He said legal models were found to offer the Houses of the Army of Serbia,mainly in the towns ‘cores, to local self-governance to turn them into cultural centers or use them in some other way.

The Minister reminded that in 2006, Master Plan of the Army of Serbia was adopted, a list of 500 real estate facilities owned by the army which should be sold and that during the previous eight years only 57 facilities and six subunits were sold.

The President of NALED Managing Board, Vladan Atanasijevic, said that in at wo-hour meeting between the members of the organization and the minister of defense they mainly focused on military property and industry which Atanasijevic considers to be a potential economy booster in Serbia.

He reminded that before he was elected a minister, Gasic was Vice President at NALED and the mayor of Krusevac and that he “contributes to bridge the gap“between the state, local self-governance and NALED.