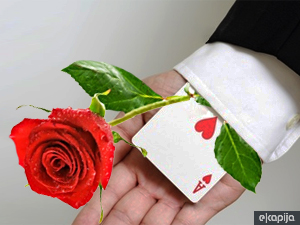 Controversial businessman, Cazim Osmani, confirmed for Vijesti that he wants to buy an elite Maestral hotel in one of the most beautiful Montenegrin beaches, Przno at Milocer, which has been known for years as the main casino center of this part of the Adriatic, B92 reports.

Slovenian HIT is the owner of Maestral.

Osmani did not to reveal the hotel complex price, i.e. how much he is ready to offer.

- It is true I am interested but there is a big problem with respect to the contract which the current owner has with the state. It is the only trouble spot to all who want to invest in Maestral. We who operate in casino business know Maestral was operating well - Osmani said for Vijesti.

When asked about the problem in the contract, he was not specific but he mentioned rent of 99 years. However, when it comes to Maestral, it was the contract on sale of facility and land where it is, not rent, B92 reports.

The Government of Montenegro sold the hotel complex to Nova Gorica-based company in 2001 for former DM 9,5 m with a clause to invest DM 14 m. Governmental representatives claim that they poured more funds in the hotel modernization than planned and that they fulfilled the contract provisions.

According to Vijesti, there are more interested parties for the purchase of Maestral and Slovenians are forced to sell it due to reprogram of the loan of HIT group of some EUR 100 m. "A number of sources confirmed for Vijesti that a Montenegrin businessman from the world of casino is interested as well as a Russian tycoon.

Although there have been speculations that Serbian tennis player, Novak Djokovic, is interested in the acquisition of Maestral, according to Vijesti it is not true but it is possible that it is only a marketing trick to raise the price.

Log in to view complete information:
Forgot your password? Click here HERE
For free test use, click HERE
Latest
Most read
MALI: Preparation of Law on Subway System Close to Completion 09.04.2021.
Shopping Malls to Open on Monday, Hospitality Facilities Within Them to Remain Closed – Pupils and Students Might Return to Schools from April 19 09.04.2021.
Factory Complex Opposite Ada up for Sale – Facilities and Land of Industrija Spirita i Kvasca Vrenje on 10 ha Offered for RSD 353.7 Million 09.04.2021.
Skiing Season in Serbia Open Until April 18 09.04.2021.
Gas Heating, Investment That Pays Off Quickly – Things Needed to Connect to the Network 08.04.2021.
Potential Launching of Production at Ikarbus in June – New Owner, Chinese Company LGNEA, Planning Electric Buses 08.04.2021.
VMC Building New Luxury Apartment Complex on Zlatibor 04.03.2021.
MTU to Finish Facilities in Stara Pazova and Employ 100 People by the End of the Year 07.04.2021.
Weather
Weather forecast