Offices in old part of the city in demand - What is the office and retail space market situation like in Belgrade? 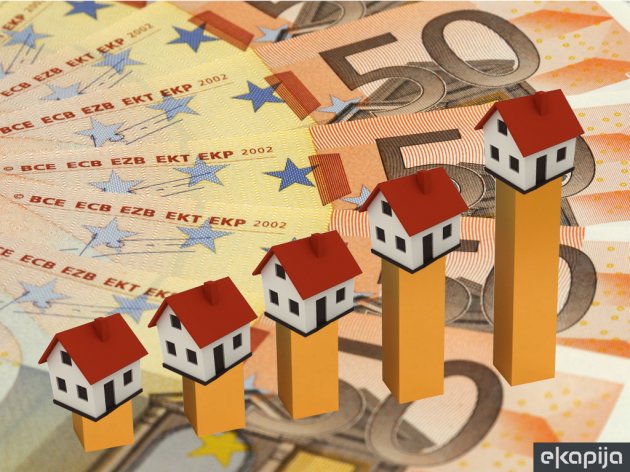 JLL published the report on office and retail space. As JLL claims, during the previous 18 months, the Belgrade office market has witnessed a low level of new supply. The only project delivered during this period was Danube Business centre (5,200 m2 GLA). The office stock stands at approximately 615,000 m2 GLA, including both class A and B office buildings, with the majority of the stock situated within the Central Business district – New Belgrade (81%). There is one project currently under construction, Old Mill office tower - scheduled for completion in the next quarter. The "Old mill " complex comprises office tower (3,870 m2 GLA) and Radisson Blu Old Mill hotel, located in the vicinity of the Belgrade Fair, within the old part of the city.

The demand for office premises surpasses the current offer on the market. In addition, the office market is in much need of new development, especially in the Old part of Belgrade which is lacking modern offices. During the second quarter of 2014, market activity has decreased by almost 40% in comparison to the previous quarter. Overall, take-up stood at 9,356 m2, comprising of new lease transactions (7,272m2 ), followed by expansions (1,734 m2) and renewals of existing contracts (350 m2 ).During the second quarter, 16 transactions were realised with an average deal size of 585 m2. IT companies continued to generate highest levels of activity with 29%, followed by professional services with 27% and advertising and media with 14%. The majority of companies were seeking for smaller premises in range of 200 – 600 m2.

Due to the lack of new supply on the office market, the vacancy rate continued its decreasing trend and currently stands at 8.3%. We assume that this trend will continue during the forthcoming period until new office developments are delivered to the market.

Rents for Class A office space in Belgrade remained stable at €14- 16 m2/month. Class B rents in New Belgrade range from €9-11 m2/month and €10-12 m2/month in downtown areas. Rents in the wider New Belgrade area are up to €11 m2/month, while modern office rents in in the downtown do not exceed €16m2/month. Landlords continue to offer incentives such as rent free periods (usually three months), fit-out contributions and additional free parking spaces. Yields for prime offices in Belgrade remained stable at 9.00%.

The last shopping centre completion in Belgrade was recorded in April 2013, with the opening of Stadium Voždovac (30,000 m2 GLA). Therefore, the prime shopping centre stock remained at the same level of 128,000 m2 GLA, indicating the need for new development. As the existing modern shopping centres do not provide sufficient space to satisfy rising demand from international brands, many retailers have become more interested in signing for premises in expanding retail parks. The existing retail parks are located outside of the capital, in Pančevo, Šabac, Kragujevac and Novi Sad. The latest retail park completion was Capitol Park in Šabac (9,800m2 GLA), developed by the Poseidon Group.

Future shopping centre supply in Belgrade remains uncertain. However, there were announcements, although without scheduled delivery dates, such as Višnjička Plaza (40,000m2 GLA) and Napred Blok 41 (34,000 m2 GLA).

Samsung, Dsquared2 (within XYZ store). Some occupiers have entered the market for the first time, such as: BlueKid (within Dexy Co Kids store), Casa Bianca and MAC cosmetics. Swedish retailer, H&M, announced the opening of its first high street store on Knez Mihajlova Street, and will occupy stores where Sephora, GAP and Time out were situated. Turkish menswear fashion brand Tudors, also opened its first store on Knez Mihajlova Street.