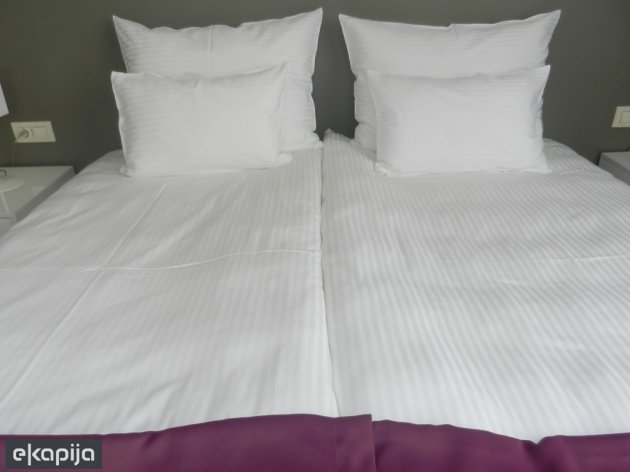 At the official ceremony, on Friday, July 18, 2014, the Assistant Minister of Tourism of Montenegro, Zeljka Radak-Kukavicic and the director of the HTP Mioza, Marko Petricevic, officially opened reconstructed Pine hotel at the city quay in Tivat, Vijesti reports.

HTP Mimoza invested some EUR 2 mil in the reconstruction of one of the most popular hotels in the city and Slovenian-Montenegrin consortium, Bitermo ING,carried out the works which started in mid November last year.

Apart from thorough reconstruction of all facilities, in the north, the Pine hotel is super-structured with one floor on a current ground annex so a new mini spa and a wellness center are available now. The reconstructed city hotel on 2.060 square meters, with four stars, now has 18 rooms and eight studio-suites with 55 beds.

As Vijesti reports, director at Mimoza, Marko Petricevic announced new investment of the company in the construction of the small Park hotel and the rehabilitation of bungalow in Donja Lastva as well as the Kamelija hotel reconstruction.