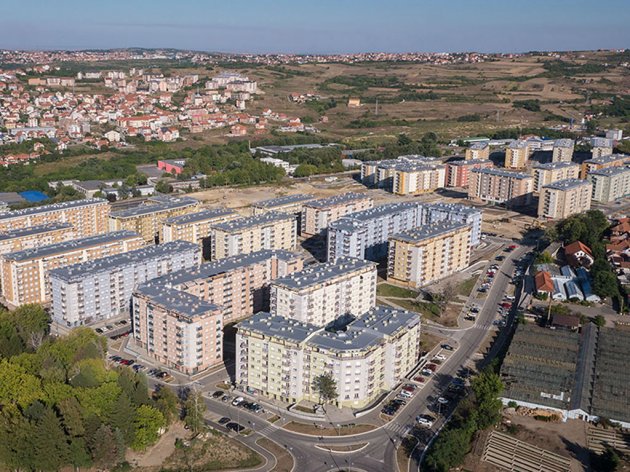 The state has not sold yet its flats in Belgrade and Novi Sad and it is announcing the construction of the new ones. In order to attract buyers, they are providing various subsidies.

The Construction Directorate of Serbia (GDS) has taken over the role of a bank and is distributing loans, thus hoping to sell a large number of empty flats.

It is to be seen how the sales of the square meters at the price of EUR 1290 will go on although it is announced the new ones will cost EUR 380.

This time, the state will not be the main investor but the support to a big construction company, Arabtec. A special team which will be set up at the cabinet of Aleksandar Vucic, will be in charge for the project implementation.

Namely, the announcement of the Prime Minister that the state will support the construction of 100.000 flats where a square meters would cost EUR 380 could be implemented by the end of next year.

The construction of cheap flats would start first in Belgrade, Novi Sad and Nis.

However, the regulation on conditions governing the construction of cheap flats and before that, the Law on planning and construction implying cancellation of location permits and direct processes should come into force first.

Who will buy these flats?

Nedeljko Malinovic, the owner of the real estate agency, Legat, thinks that the announced construction will not affect current situation in flat construction because cheap flats will be built on the outskirts of Belgrade. As an example, he mentions Mladenovac, Sopot and Obrenovac, where a square meter now costs EUR 400. 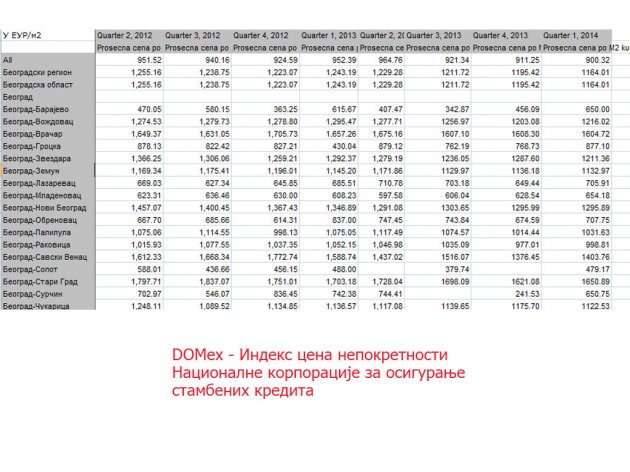 - The state should first of all provide locations and prepare the entire infrastructure to fit into the square meter price – a collocutor says.

On the other hand, he says that it is much more important to see whether the state investigated who wants to buy the flats.

- We saw the problem in Belgrade-based settlement, Stepa Stepanovic, where there is a large number of unsold flats. I think it is this way because the analysis was not done, providing information on who is interested to buy real estate on that location and at that price.

Still, Malinovic thinks that the construction of cheap flats is a good work even if all real state remain empty, i.e. unsold.

- This would initiate construction industry, hundreds of different activities, which would, based on material and work would return large sums of money through VAT and other taxes.

Ervin Pasanovic, director at Adventis Real Estate Management, thinks that the buyers’ interest will depend on location.

Since it has not been defined yet on which locations the construction will be carried out, Pasanovic recommends former military land in Dedinje, Topcider and in Rakovica as well as numerous military barracks in Serbia.

- Only in that case there will be the interested ones – Pasanovic says.

However, as he explains, other problems will emerge then.

- If the price remains the same, it will affect decrease in the average square meter price in Belgrade and thus private investors, On the other hand, it will affect adequacy of bank capital i.e. on decrease in value of the mortgaged property and facility. 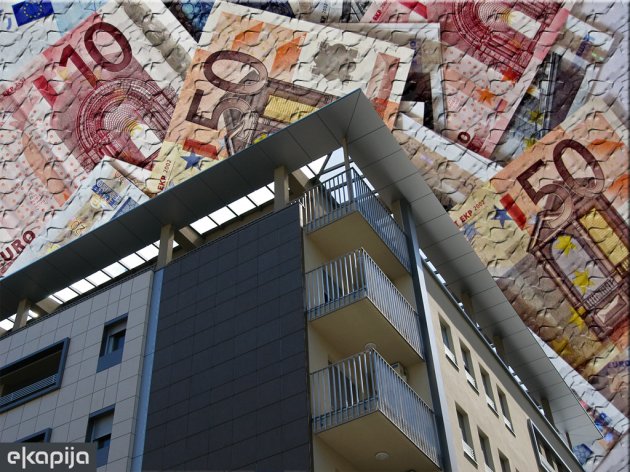 That is why Pasanovic thinks that the price of EUR 380 for a square meter is not realistic and that the state should set up the fund which will cover the difference up to real market price.

In May, the Prime Minister, Aleksandar Vucic, announced that Serbia is negotiating flat construction with Arabtec, one of the most powerful construction companies. He announced construction of some 100.000 flats which would occupy 80 square meters with a payment period of 20-30 years with an installment rate of some 3%.

It would mean that a monthly rate would be some EUR 120 which is less than renting, Vucic pointed out then.

When eKapija asked about the announcement of construction of cheap flats at the price of EUR 380 per square meter will affect the projects of the Construction Directorate of Serbia, the state-owned company provided us with the following answer:

- At this moment, GDS focused on sales of flats in Stepa Stepanovic settlement in Belgrade, in settlement Padina, Brace Jerkovic and settlement Suncana strana in Novi Sad in a way it used to do it so far, offering its customers even favorable terms such as interest-free loans.

In the Stepa Stepanovic settlement, the Directorate has 590 flats and in Novi Sad 68 flats more to sell.