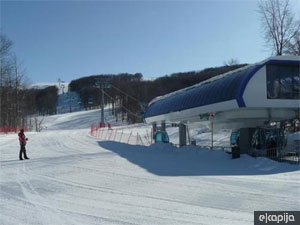 The start date of the construction of new facilities at Mount Stara Planina is approaching. Aside from Falkensteiner's investment, two local companies as well have announced their investments - a condotel and multifamily suites.

Negotiations with the investor that plans to build multifamily suites are already completed. The contract is expected to be finalized over the next few days and then sent to the Serbian government for confirmation, people at the Stara Planina public company told eKapija.

- We've agreed all the details with the company that is going to build multifamily suites - construction deadlines, categories of facilities, government's stake in the future complex, etc. - Branko Radan, development manager for the Stara Planina mountain resort, said to eKapija.

As our interlocutor explained, this investor is expected to get a building permit as early as by the next construction season. According to what has been agreed, the work is to be finished in 36 months.

As it was announced earlier, this project is valued at about EUR 700,000.

When it comes to the company that will be building a condotel at Jabucko Ravniste, our interlocutor explained that the negotiations had been discontinued because the company owner was unable to participate in them, but he also confirmed that they would soon be resumed.