Although the idea of Belgrade’s metro revival has emerged a couple of times; it seems the last attempt is the most likely one. The construction of the capital facility, which was set as a priority in the seventies of the last century, should start in two years latest. The Mayor of Belgrade, Dragan Djilas announced yesterday.

- If the government of Srbia, whose guarantee is essential for such a big project, provides the support, the works on the first Novi Beograd - Vukov spomenik line could start in 24 months – Djilas said at the Assembly of Belgrade.

According to him, based on the multilateral agreement, France will finance trains and electric equipment for metro while the European Bank for Reconstruction and Development (EBRD) will set aside a loan to fund construction works.

Djilas added that this week, he will have a couple of meetings with companies which are developing the construction plan for the Belgrade metro.

- French Egis, a company which produces the Feasibility Study for the first metro route, should now develop a preliminary design and the feasibility study. After that, formal negotiations with respect to the loan conditions will start with EBRD – the Mayor of Belgrade says.

The Study of the Egis company, adopted in November 2012 in the Municipal Assembly, develops a number of different scenarios when it comes to technical features of certain sections and their construction price. 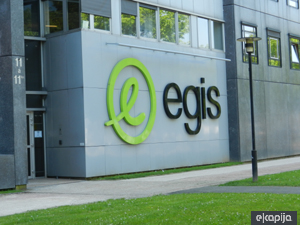 The document anticipates that the first line would start from Ustanicka to Tvornicka street in Zemun which would be 12, 2 kilometers with a technical part that would lead from a depot in the Boulevard of Zoran Djindjic to Block 66 which would be up to 2,6 km.

The City should set up the working group comprising representatives of France and Serbia and the City of Belgrade, which is a prerequisite to continue implementation of the second stage of the French donation. Apart from that, data preparation for defining route and other metro lines has started.

A journalist of eKapija, who was in a group of colleagues who went on the Study journey in France in early June which was organized by the French Embassy in Belgrade, also found out that French companies believe in the continuation of the implementation of the Belgrade metro project.

- Our company is optimistic when it comes to Belgrade metro project continuation. The second stage of the work, i.e. development of the preliminary design, should start in a couple of months, by the end of 2013 latest – as Vincent Lapouble, the Regional Manager for the Balkans told us at the Egis company.

When eKapija asked how they opted for different solutions than companies which suggested a couple of years ago “easier railway system” for the Belgrade metro, the Egis company representatives answered:

- We were looking for a mid solution between a tram and a “heavy”. It was a bit more difficult to find appropriate solution due to relief. If compared to France, Belgrade metro will be the most similar to the system in Lion -Egis said.

It is becoming more and more likely that French Alstom could participate in the implementation of the Belgrade metro. In late 2011, the city of Belgrade signed a Memorandum of Understanding and Alstom, which produced every fourth metro in the world, could deliver vehicles and electrical equipment.

We found out at the company headquarters in France that they expect to participate in the project but they first of all expect the end of the second stage of the project and agreement on funding between the City of Belgrade and the French government.

The lack of political will is most often stated as one of the crucial reasons for earlier giving up on the Belgrade metro. The construction of such as large projects lasts more than one mandate and, as a participant of one internet forum would say – “digging under the ground cannot be seen while the bridge is extremely visible to voters.”

Projects of modernized trams, classic trams, classic metro and light railway transport were changing in turn. All these solutions had its own strengths and weaknesses but the mutual feature was that the construction did not start for any of them.

Until after the World War II, Belgrade did not have many citizens. Therefore, there was no need for metro. In the end of ’60, the Study on the overall metro concept was published, managed by Sava Janjic, a project engineer of the Belgrade railway knot.

Miodrag Ferencak, famous Belgrade city planner, says in his interview for eKapija that the project was the concept with three legs which met at the Republic Square.

- The concept seemed to be logical but not feasible because it would be the best to have a system of direct lines with their own depots. With the change of the Urban plan 1971, ideas for metro should have been suggested. At that moment, in Serbia no one understood metro so the British company developed the Feasibility study according to which metro existed only in the old part of the city – our collocutor explains - our collocutor said.

Ferencak says that the study was not adopted, i.e that the General urban plan was adopted with special amendment that the public city transport should remain an open question. 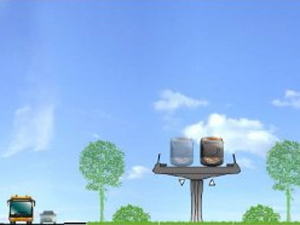 - This sentence, appearing harmless, caused the current situation. If we had adopted the strategy of the English, we might have had a metro now – Ferencak said.

The idea for metro, thought to be “heavy”, appeared in early eighties but as of that time Belgrade focused on the construction of railway knot and was not ready to invest iin metro. The concept of “light” metro was suggested which anticipated that tram lines would be kept but that the city center traffic would happen under ground. However, the study was not fruitful.

When new Urban plan 2003 was developed, the question became popular again. The Study of the reorganization was entrusted to a French Systra. Out of three lines the French company predicted, one was included in the General urban plan. Systra suggested “light metro” and according to the opinion of experts, their project was too expensive.

After then, the Spanish came, i.e. the Ineco company in cooperation with Juginus won the tender to construct the first line from Ustanicka to Tvornicka street but their preliminary design was not approved.

As of 2010, Belgrade has been negotiating with France on the Belgrade metro. The French government funded the construction of the Study developed by Egis and the preliminary design development is underway.

There is an option to extend the line behind Tvornicka street to Galenika, as well as from Ustanicka to Mali Mokri Lug. A 1b lag of the first line towards the depot and Block 45 would also be extended to the Nikola Tesla Airport.