Why has nobody in Serbia bought apartment on lease so far?

Although a law allowing for the purchase of real estate on lease was adopted over two years ago, so far no family in Serbia has bought an apartment or a house using that option. It is true that interest rates are somewhat lower than those on mortgage loans, but it seems that high costs and tax transfer are the main reasons why there is no big interest in leasing a real property. As people working for some of the leading leasing companies say to eKapija, they too find businessmen "better and more important" clients than citizens, so that residential building leasing is not something we should expect in the near future.

Nominal interest rate on a real estate lease ranges between 5.7 and 7.5 percent when the repayment period is 10 years. Tax on the transfer of absolute rights is charged at 2.5 percent of the estimated value of the real estate every time there is a transfer of real estate ownership except for the first transfer, when a VAT of 20 percent is charged. All this has contributed to the fact that the real estate leasing in our country, despite being officially enabled, is down to only four agreements, all of which are signed by company owners.

Namely, only four business buildings have been leased in Serbia since aforementioned law was adopted.

- Amendments to the Financial Lease Law from May 2011 made the real estate leasing in Serbia possible from a legal point of view, but it has not been attractive enough to end-users from a tax point of view, which is also the reason why there are no such agreements yet. With the amendments to the VAT Law, which came into force on 1 January 2013, the real estate leasing market got activated. Up till now four agreements have been implemented, which we see as a very positive sign as all these agreements are for financing business facilities of a great value, which is in line with the main direction of lease development, and that is support to the economy sector - Teodora Milenkovic, secretary-general of the Association of Leasing Companies of Serbia, explains to eKapija. 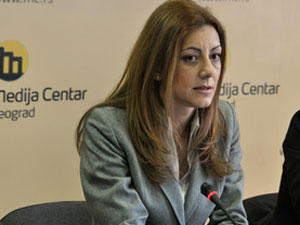 The first property bought on a lease was purchased through Hypo Alpe Adria Leasing. The property in question is a 6,500 square meter building in Belgrade. The second property that was bought on a lease is a new office space of the SAT Media Group company, and a lease agreement for that building was signed with Intesa Leasing.

The details of the third and the fourth lease agreement have not been revealed yet, but eKapija has been told that they are most probably implemented by some of the aforementioned leasing companies. Namely, according to applicable regulations, in order to engage in real estate business, a leasing company must have a registered capital of EUR 5 million. It is not a secret that in Serbia, only those leasing companies that are part of large banking groups meet this requirement.

Physical persons will have to wait

People at Intesa Leasing have confirmed to us that businessmen are a priority for leasing companies.

- Business entities, Banca Intesa and Intesa Leasing clients, have shown a high level of interest in this product with several their applications approved within the first few weeks after the introduction of financial lease for real estates. Considering that over 95 percent of Intesa Leasing clients are juristic persons as well as that the company is primarily focused on providing support to this segment of the economy, citizens cannot expect in the near future to have the same product at their disposal. Also, buying apartments on a lease is not so common even in the countries where leasing market is much more developed than ours, so the question is whether this product will ever become available in Serbia - people at Intesa Leasing say to eKapija.

Difference between loan and lease

The basic difference between a loan and a lease for a real estate is that the loan user also becomes the real estate owner, pledging that or some other assets as collateral. When it comes to leasing, the lessee is, essentially, the owner, but the legal owner is the leasing company until the lessee pays the last installment.

Teodora Milenkovic from the Association of Leasing Companies of Serbia says that the primary advantage of buying a property on a lease lies in a flexible repayment plan.

- In agreement with the client, monthly installments can be adapted to fit the user's needs - for users who have so far been renting an office space, the installment can be the same as their monthly rent, thus representing no additional burden on the business, while the user practically invests in the office space and becomes its owner after paying the last installment - Milenkovic explains to our web portal.

Why is it then that nobody is using this option?

Despite the fact that lease terms are more favorable than loan terms, at least for businessmen, only four companies have so far decided to buy a property on a lease. Can we soon expect the market game between leasing companies to gain an impetus?

- One of the obstacles to further development of real estate leasing in our country is the fact that only three companies meet legal requirements for including this product in their portfolio. Another reason is a high supply and a low demand in the real estate market in Serbia – people at Intesa Leasing explain.