In Nis, which has been deemed an intersection of the east and the west since ancient times, the US company Clean Earth Capital plans to start the construction of a multifunctional complex in 2013. This mixed-use center will comprise office space, leisure and entertainment facilities, hotel, sports courts, shopping center, residential buildings, art center...

The investor found the inspiration for this EUR 85 million center in similar Japanese and European projects.

The US company has bought a 15-hectare land on the site of the former barracks Bubanjski Heroji from the City of Nis for EUR 1.5 million.

Philip Bay, director and co-owner of Clean Earth Capital, presents this magnificent complex in an interview with eKapija. 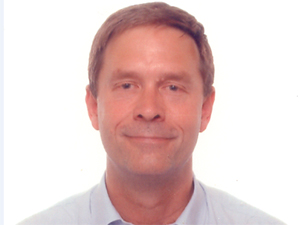 eKapija: How have you decided to have this complex built in Nis, on the site of the former barracks Bubanjski Heroji?

Philip Bay: I have followed the developments in Nis for many years now. Nis is historically a cross-roads city since the Roman period, and it’s a city with a history of engineering talent, great agricultural products grown nearby and recently the past few years, FDI has been seriously interested in the city. Multinationals such as Philip Morris, Benetton, Daytec from Italy, Yura Tech from Korea and many others have decided to make Nis their production center.

The former Serbian army barracks known as Bubanjski Heroji was privatized as one of several army facilities that will pass from military ownership to civilian ownership and become urban development centers in cities such as Nis and others in Serbia. I chose this site because of its central location – and the old growth of trees on the property. This combination will ensure success over time.

eKapija: Would you please present the project in detail? What will this complex comprise?

PB: The project is a classic mixed-use center where apartments, commercial business and leisure/entertainment are woven together into a social fabric that will keep the project viable, and exciting, for both residents and users many years into the future.

The project will include apartments for civilians and retired military personnel, town houses, a shopping center, hotel, a private medical facility, a US branded technical university and an open art center that will combine different forms of applied arts as well as traditional and contemporary art and artists from the region and well beyond Serbia’s borders.

eKapija: Is this complex modeled after some other similar residential and business complex?

PB: Directly no. Every mixed-use center must take into consideration the specific characteristics of the city in which it will be built, the financial constraints of the population, the macro-economic situation of the economy in general, infrastructure and even cultural habits and traits found within the city. In Europe there are many mixed-use centers, the US has a few great ones and of course Tokyo has its Roppongi Hills within the Mori Center’s commercial and art hub as its master piece. Nis can never become Tokyo, but my inspiration for Nis is drawn from many different urban experiences.

What always defines a great mixed-use center, from just a good one, is not how luxurious it is, or how many brand names the shopping center has (although this matters as well). Great mixed-use projects have walkability, commercial exchange, a slight element of “chaos”, demographic diversity and social contact at the core. If you get these five things right, everything else falls into place.

PB: It is too early to state at this point how many phases we will have. Market demand will determine this, as it should, and how finance is structured will play a major role here. Most likely we will have four or five distinct phases of construction, but this will be determined later on. I expect demolition of older structures on the property to take place in early 2013, and then we go from there. This is a very large project, and a flagship development for the city, we must plan in a sustainable manner so that the city’s growth patterns can accommodate a project of this magnitude.

eKapija: You have announced the construction of a sports center. What will that facility comprise?

PB: No, we have not. What we have planned are tennis courts and a swimming pool facility to be an integral part of the urban experience. We are currently changing our original idea on the tennis courts; so rather than have them on the ground, taking up garden and public space, we are moving them on top of the parking garage which will also be a green roof. I imagine we will also have a jogging path throughout the property, and a health club, but this comes later.

eKapija: Would you present the residential part of the complex in more details – who is it intended for, its capacity, accompanying facilities…?

PB: The residential component of the project is divided into several parts: first a retired military personnel section, which is part of our privatization agreement, then five different residential clusters. What is important here is that all of the residential components will be woven into a social and commercial fabric that will unite the residents, rather than keep them separated into smaller enclaves. The commercial section of the project is now placed squarely in the middle of the project so that all residents will have equal access and enjoyment from the commercial activity of Bubanjski Heroji. Total square meters will exceed 100,000 square meters. I will present our revised master plan next month.

eKapija: What will the business part of the complex include – its capacity, facilities…?

PB: As previously mentioned, we will have a shopping mall, hotel, office facilities, a private university and a medical facility. There will also be an art center that will run on a commercial basis and combine different forms of art and provide a venue for local crafts. Total square meters for these facilities will exceed 70,000 square meters, including parking.

eKapija: Construction of a hotel is also in the pipeline. What kind of hotel will it be, what will be its capacity, is it going to be a part of some world-famous hotel chain?

PB: We will aim to have it branded for sure. I have a few chains in mind, and preliminary talks have taken place, but this is way too early for this discussion. It will be a full-size hotel of between 90 and 120 rooms.

eKapija: When do you expect the first phase of construction to start and when is it expected to end?

PB: The first phase should begin early next year with demolition of the old structures on the site, then infrastructure work afterwards. Buildings to be constructed should start in the same year. As far as the time line of all the phases, this is impossible to say because of the magnitude of this project. Most likely it will take anywhere from 10-12 years to complete everything. If we rush the process too much, we risk destroying the market and building ahead of demand. Sometimes this can be good, and just have empty units waiting for residents and/or tenants in the future, but this current economic environment will make this nearly impossible.

eKapija: Which companies will be contractors?

PB: Way too early for that question. We will of course use local and regional companies for the most part. Foreign expertise will mainly be used in design and engineering.

eKapija: What is the total value of the investment?

PB: When everything is done, the total will be in excess of 85 million Euros.

eKapija: Who will be running the complex after it’s completed? Is it going to be your company or you’re going to let some other companies manage certain parts of the complex?

PB: We will always outsource everything so that local and national companies will have the opportunity to grow and earn money. We will remain developers in the classic sense of the word. We have already outsourced security to a local Nis-based company, as well as major landscaping and forestry work -- because the property has beautiful older-growth trees that cover 50% of the property that we intend to keep – to a large well-established company in Nis as well.

On the property management side we may choose Colliers -- since I am a founder of the company in the region 20 years ago – or another qualified candidate in Serbia. But our priority is to create jobs and opportunities for local companies at all times.