An investor in Serbia is to collect 20 "building permits," which takes 279 days to finish. There is only one true building permit, but any company that wants to invest in our country must contact 20 government bodies, thus facing a long-lasting, unpredictable and complicated procedure with an uncertain outcome. Due to these numerous problems, Serbia ranks 175th out of the total of 183 countries in construction permitting in the World Bank's Doing Business report for 2012.

Investors and bodies of the government and local governments agree that the improvement of building permit issuing process would increase investment, boost construction activity and reduce corruption. In order to identify legal and administrative obstacles to construction permitting, the USAID Business Enabling Project presented the paper "Assessment of Constraints to Construction Permits in Serbia" on September 24th, at Metropol Palace hotel in Belgrade.

The study presentation was attended by Minister of Construction and Urbanism Velimir Ilic, who announced certain regulations that should innovate the building permit issuing process.

- When it comes to construction permitting, we have experienced a lot of problems in the previous period, which is why radical changes are necessary. Previous governments tried to solve these problems, but lacked enthusiasm and determination in the process. The previous way of issuing building permits was complicated, expensive and encouraged bribe and corruption. We are now preparing a new act that should be ready for consideration by the Serbian parliament in one month at most - said Ilic.

The minister did not specify what novelties the new act would bring, but he stressed that the state would soon make it possible for investors to collect building permits at one place.

- We want to shorten the building permit issuing process. Also, all construction fees will be charged after a building permit is issued, which will allow everyone to build in Serbia, not just wealthy people and tycoons - Ilic stressed.

Director of the USAID Mission to Serbia Susan Fritz said at the event that every foreign or domestic company wishing to invest in Serbia was facing numerous cumbersome procedures and unpredictable clearance times, as well as uncertainty as to whether or not the construction would be allowed in the end.

- We'll never know how many potential investors have given up their investment in Serbia because of administrative obstacles to construction permitting or how many of them have postponed their investment. Investors' uncertainty affects the country's economic growth and employment rate - said Fritz.

Fritz assessed that Serbia's rank in the World Bank's rankings was a reason to worry for the government and investors already operating in Serbia as well as those planning to invest in the country in the future. For that reason, as Fritz pointed out, the USAID has performed an analysis of construction permitting efficiency to identify main contraints, give concrete recommendations and suggest solutions for the improvement of situation in that field.

Djordje Mancic, advisor at MP and Associates and a contributor to the study, pointed to primary problems in the building permit issuing process.

- The most significant problems faced by investors include a discrepancy between different regulations governing that field, absence of a single channel of communication with investors and clear institutional responsibility, and institutions doing their job irresponsibly and breaching regulations and deadlines. Also, a big problem lies in the bureaucratic mentality of public service employees. 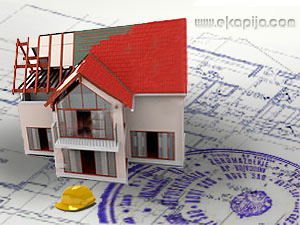 This study lists recommendations for simplifying the building permit issuing process and making it less time consuming. It suggests reducing or eliminating the roles of several of the 20 government bodies currently involved in the permitting process. It recommends that municipalities deal with investors rather than all of these individual government bodies. And it endorses increased transparency throughout the permitting process, educating government employees about innovative use of IT in construction permitting and changing the way agencies issue permits.

As the USAID assessed, once suggested reforms are implemented, Serbia's overall rank will be improved, and it will climb from 175th to 109th place in construction permitting in the Doing Business report.