How will first public stem cell bank in Serbia look like? - Preliminary design by Hemofarm-Inzenjering, main design by Energoprojekt-Industrija

The story about the first public stem cell bank in Serbia finally started getting its denouement late last year, and we've also heard the first concrete announcements regarding the commencement date of the construction of all facilities required for the formation of this important institution.

eKapija has put a lot of effort into making it possible for its readers to take a peek at this unique and long-awaited center, which will be of immense help in the treatment of numerous diseases that are impossible to treat in some other way.

A facility that will be situated within New Belgrade's Dr Vukan Cupic Mother and Child Institute will span about 600 square meters, and it will have the capacity to store 10,000 samples. The location permit has already been issued, but the building permit, which was expected to be granted in mid-December 2011, is still awaited.

The entire project is based on the experiences of Dr. Dragana Vujic, head of the Department for Bone Marrow Transplantation in New Belgrade's Mother and Child Institute, and molecular biologist Emilija Lazic, who had a chance to see how such banks operate in Europe.

The author of preliminary and technology designs is Hemofarm-Inzenjering, whereas the main design is to be done by Energoprojekt-Industrija. According to the words of Dr. Dragana Vujic, a team of people from the Institute participated in the process of design from the first sketches to the final plans.

Branka Timotijevic, an architect of Energoprojekt-Industrija, reveals to eKapija how the facility of the public stem cell bank will look like.

According to her words, this building, which will have a ground floor and an above ground floor, will comprise several functional units.

- The bank will include a laboratory, where samples will be received and processed, and it will consist of rooms classified by the cleanliness of their air. There will also be a section for deep-freezing the samples, as well as an accompanying part of the facility, with offices and a staff meeting hall. The building will also comprise a technical section featuring climate chambers and other necessary technical equipment - she explains. 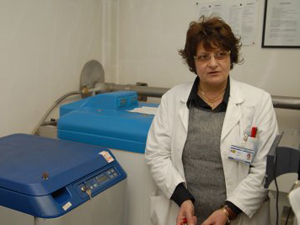 There is another very important part of the building, and that is a room with liquid nitrogen tanks where processed and deep-frozen samples will be kept.

We should also not forget the importance of a server that enables networking with EuroCord and NetCord, which are the organizations responsible for networking stem cell banks in all countries and setting standards in this area.

How to store stem cells

Dr. Dragana Vujic, head of the Department for Bone Marrow Transplantation in the Mother and Child Institute, explains that keeping stem cells in liquid nitrogen is the only option that ensures perennial viability of cells in addition to keeping them in nitrogen vapor.

- Cells will be processed in special rooms with very high levels of air cleanliness, and the process of storing samples in liquid nitrogen tanks will be carried out in the way that guarantees the protection of employees - Dr. Vujic explains to eKapija.

Architect Branka Timotijevic says that, having in mind that contamination by the product represents the most common danger to personnel in bioindustry, the project envisages all required measures for reducing that risk.

But how will these stem cells, which are today successfully used in the treatment of chronic and acute leukemia, aplastic anemia (shortage of blood cells), inborn bone marrow deficiencies and malignant tumors, be protected from external negative factors?

This institution will have an independent power generator to use it in case of a power outage. Other risks will also be eliminated because all the necessary safety measures enabling uninterrupted operation of the bank are going to be taken. 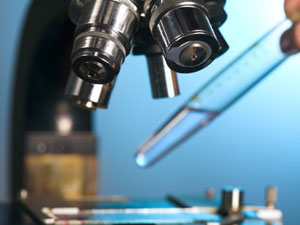 According to the words of Dr. Vujic, the Secretariat for Environment has already given its opinion, based on the main design, that the bank is not going to have any influence on the environment.

When it comes to the accompanying section of the bank, it will be comprised of rooms for staff, a data storage room, a meeting hall, an entrance corridor with stairways, toilets, etc.

We've asked Dr. Vujic how much does the equipment for the bank actually cost and which instruments will be in use.

- The price of a set for taking a sample of cord blood is close to EUR 30, while some machines cost over EUR 20,000. My personal opinion is that, since this is a project of national interest, the equipment for the bank should be VAT free. However, it is up to the Ministry of Finance and the Ministry of Health to make such decision.