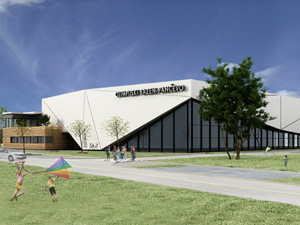 The city authorities in Pancevo have announced that the Ministry of Finance has allowed the city to issue up to RSD 600 million worth of bonds for the construction of the Water Sports Center in that city.

As they say, the bonds will probably have the maturity period of 8 to 10 years, and they will be issued periodically in order for the inflow of funds to be synchronized with the construction. The city authorities claim that Pancevo will, in that way, be the second city in the country to issue its own bonds, the first being Novi Sad. The guarantee will be the city budget.

Construction of the Water Sports Center in Pancevo will cost approximately EUR 8 million.

What suggests that the financial structure for the largest investment in Pancevo will not be that easy to close is the fact that RSD 600 million is only a thirteenth of the initial construction costs.

One of the options is that the city sells the unfinished sports hall Bagremar, which sounds nice, but it is not for certain that the buyer will be found.

The city administration expects the project to get a support from the state and the Olympic Committee because it would be the most representative facility of the kind in Serbia, but no concrete promise has been made to date.