Three Skyscrapers Planned in Bezanijska Kosa – Height up to 120 Meters 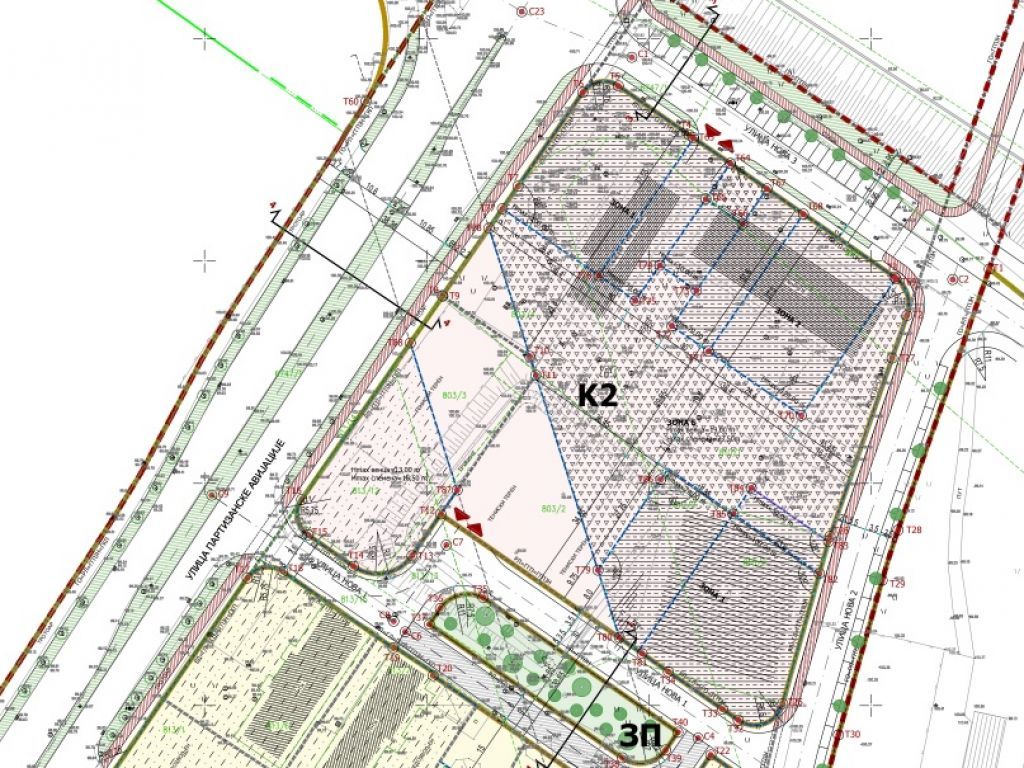 K2 unit surrounded by new streets – construction zone of tall facilities shaded (Photo: Print screen / Nacrt PDR / / Bureau Cube Partners)
Three tall buildings could be raised in Bezanijska Kosa, two of which are 100 meters tall, and one of which is 120 meters tall. This is envisaged by the Draft Amendments to the Detailed Regulation Plan of the area between Arsenija Carnojevica Blvd (the highway), the complex of the students’ sports center and Blagoja Marjanovica Mose and Partizanske Avijacije streets, in the City Municipality of New Belgrade, which covers a surface of 5.36 ha.

The construction of the skyscrapers is planned within the urban whole K2, which is defined in the part of the block between the traffic route parallel with Arsenija Carnojevica Blvd, Partizanske Avijacije Street, the access route and the border toward the zone with sports and recreation features, toward Tosin Bunar.

Within Zone B, relative to the cote of the terrain, access to the construction parcel GP1, the plan is to build a base of tall facilities, whose maximum height is defined at 19 m, whereas the height of the inset level is 23.50 m.

The parking of vehicles is planned within the construction parcels, on its free areas or within the underground levels of the facilities.

The minimum percentage of free and green areas on the construction parcel is 30%.

The urban unit ZP is defined in public purpose areas in the central part of the block between Nova 1 Street and the integrated traffic route. The forming of a protective, barrier-like green belt, that is, an oasis, as a compact, natural, homogenous barrier toward the urban unit K2, that is S6, which will be a visual and ecological connection between the urban units, is planned.

The urban unit S6 is defined in the part of the block between Blagoja Marjanovica Mose Street, Partizanske Avijacije Street, the access route and the border of the Amendments to the DRP toward the zone with sports and recreation features, toward Tosin Bunar. The area covered by the urban unit S6 is developed. 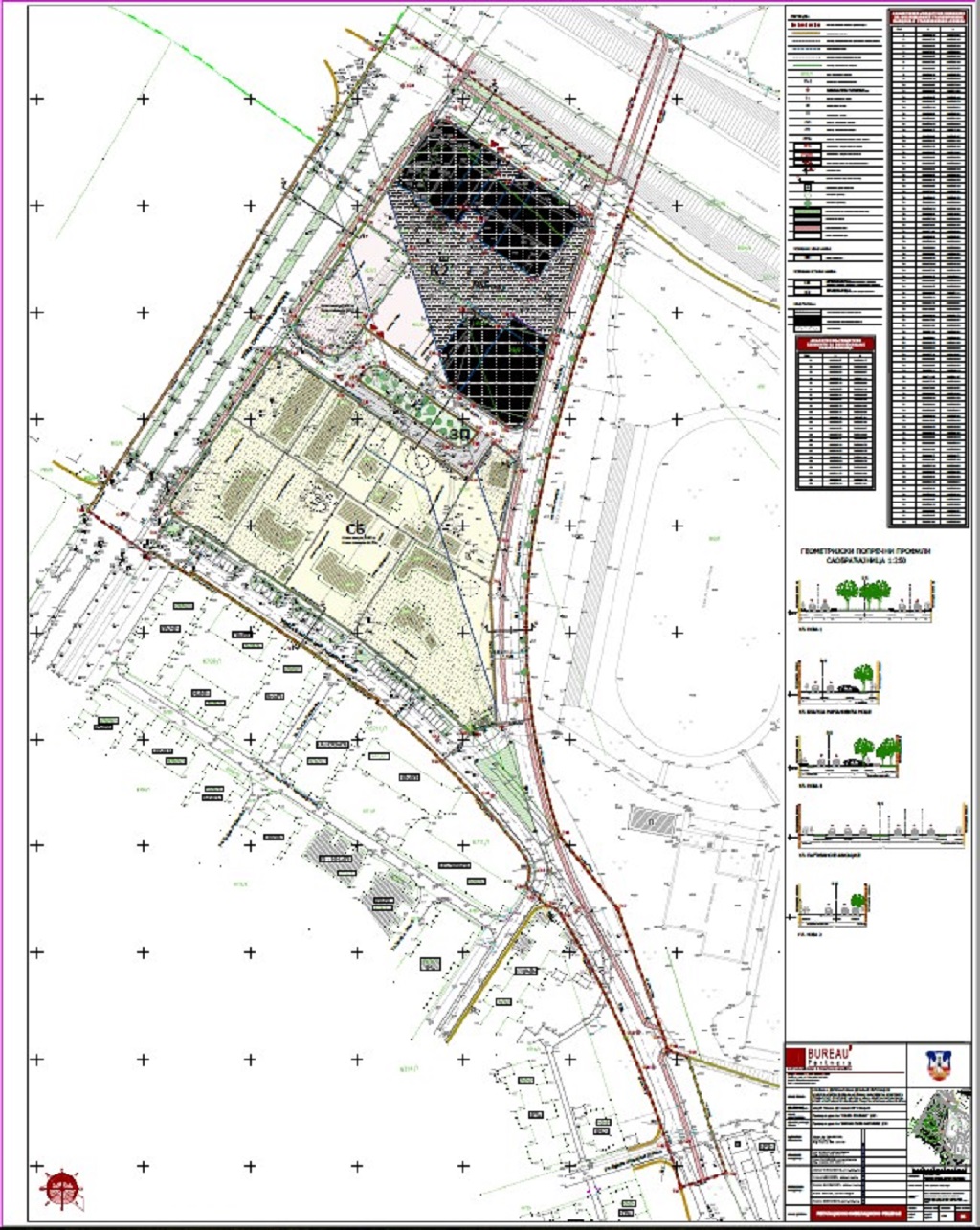 Nova 1 Street is a two-way traffic route with one lane in each direction and sidewalks and it is a connection between Partizanske Avijacije Street and Nova 2 Street and through it, a farther connection with Nova 3 Street and Blagoja Marjanovica Mose Street can be realized.

Nova 2 Street is a two-way traffic route with a cycling lane, a sidewalk, one lane in each direction, parallel parking and a tree lane. Nova 2 Street is a connection between Blagoja Marjanovica Mose Street and Nova 3 Street.

In the continuation of Nova 2 Street, across the highway, a pedestrian-cycling bridge is planned to the complex of the Sports and Recreation Center “11. april”.

A green island is planned on the intersection of Blagoja Marjanovica Mose Street and Nova 2 Street.