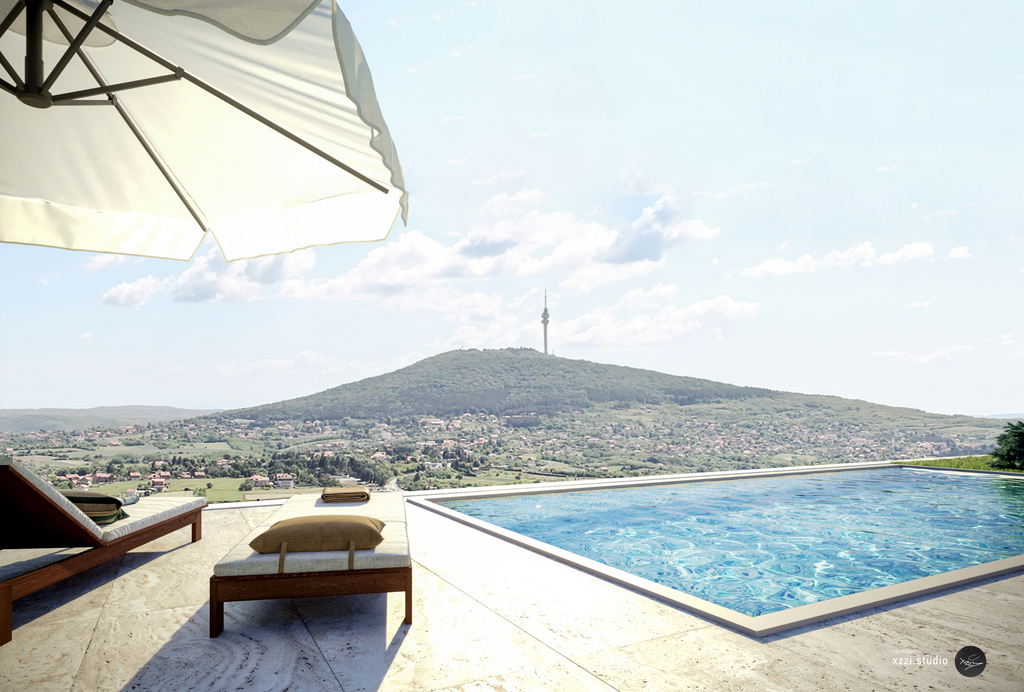 Avala Home Concept (Photo: XZZI studio)
Since the rule of the Karadjordjevic dynasty, Dedinje has been synonymous with prestige and a location generally associated with wealthier residents of Belgrade. However, new times bring new trends – modern construction concepts in the world and a modern residential culture in fenced-off communities, which eKapija has already written about, are taking over the local market as well.

Furthermore, Belgrade is becoming overcrowded and those with deeper pockets are looking for more peace and privacy, but with a mandatory proximity of the city and a good connection with it.

These are the reasons why, on the slopes of Belgrade mountains, primarily on Avala and Kosmaj, a large number of settlements with luxury villas, which can stand shoulder to shoulder with those in major cities of the world, are being raised lately. 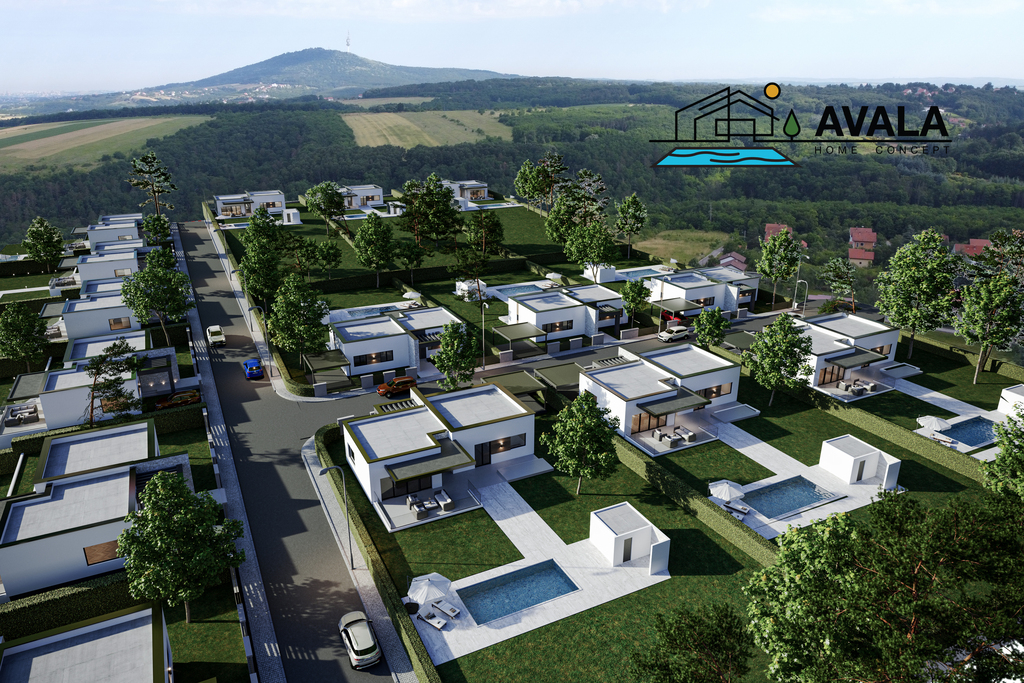 One such settlement is being built on Avala, in the area that is even called “the small Dedinje”. According to investor Aleksandar Ciric, owner of the company Ciric Home Investment, Avala Home Concept is designed as a luxury settlement of around twenty houses in a Mediterranean style, with flat roofs and infinity pools with a view to the Avala Tower.

– The interest is great, we started building last summer and we have already sold out all the villas from the first phase, which we will bring to a close in September next year, whereas the whole settlement will be finished in late 2023.

According to our interviewee, Avala Home Concept is a fenced-off settlement that offers houses of 135 to 200 m2, on developed parcels of 6 to 10 ares. 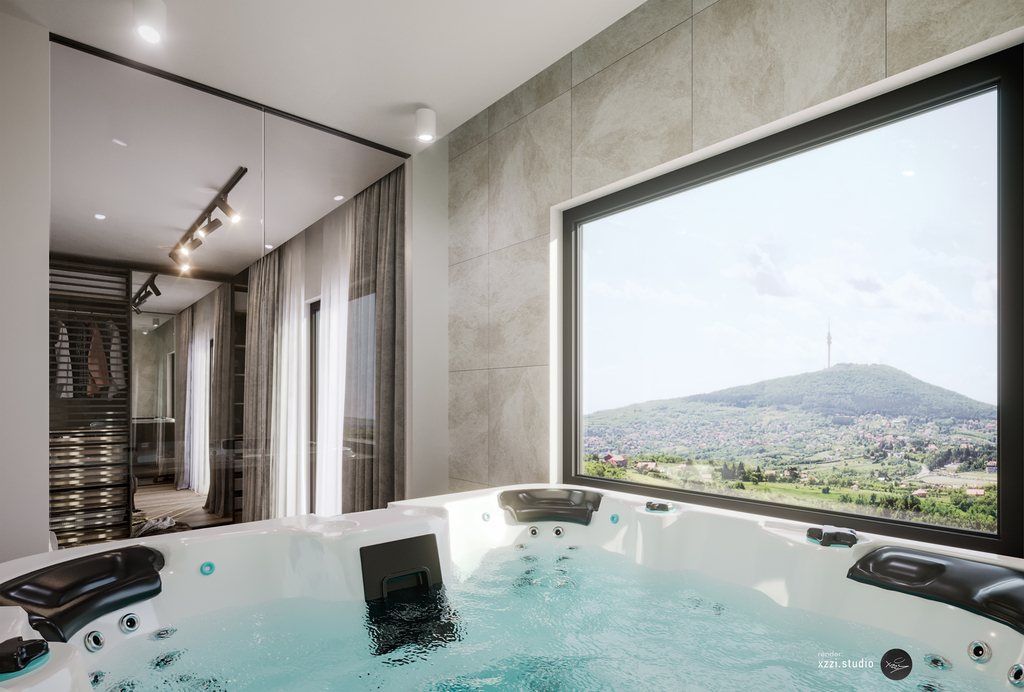 – Each house will have an infinity pool with a developed beach and a mini-spa corner with a hot tub, with a view to the Avala Tower. Also, there is the smart home system, that is, house management by phone, floor heating and 2 parking spaces – Ciric explains and adds that the settlement will also have common features in the form of spaces for gatherings and celebrations and outdoor gyms with a section for children. 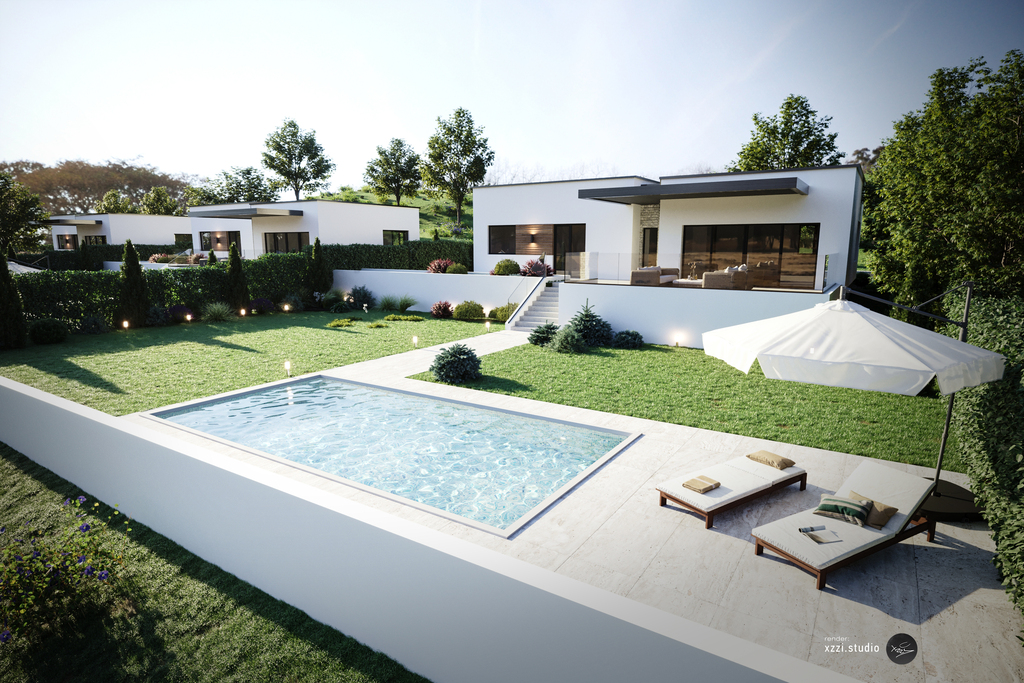 The settlement, he notes, is fenced-off, has barriers and a 24-hour monitoring system, and it is also possible to include pool and yard maintenance.

Ciric says for eKapija that they also plan to build new settlements of this type and that they are already negotiating about another plot of land on Avala and that the construction is probably to start even before the Avala Home Concept is finished. 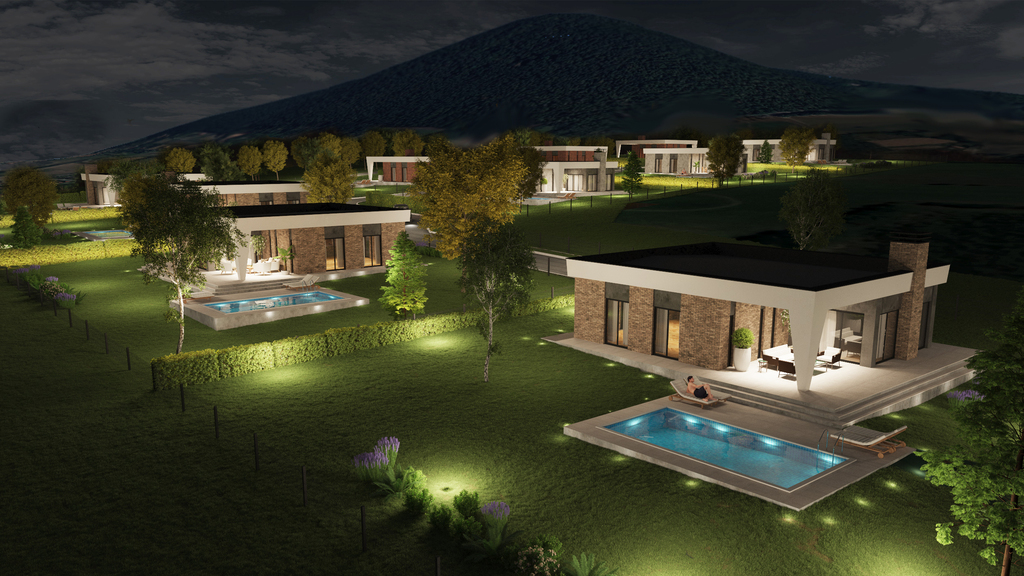 A little farther, at the foot of Kosmaj, at a half an hour’s drive away from Belgrade, in the cadaster municipality of Rogaca, the plan is to build the luxury settlement K10.

According to David Saljic, a co-owner of High Level Consulting doo Beograd, a settlement of 10 houses is in the phase of getting a construction permit, and the beginning of the construction is planned for March next year, whereas the works should be completed in August 2023.

– A settlement of a total area of 1.2 hectares will have luxury villas of 91, 112 and 172 m2 on parcels of 10 ares, with pools as an option, and it will be characterized by modern architecture and the integration of the whole complex into the natural environment. The location is such that it enables a view to three sides of the world, and the settlement will be fenced-off, with a barrier and video-surveillance, as well as alarm systems against burglaries, fires, smoke and floods – Saljic says for our portal.

He adds that houses with higher floor areas will also feature Finnish saunas and garages, and each villa will have 2 parking spaces. 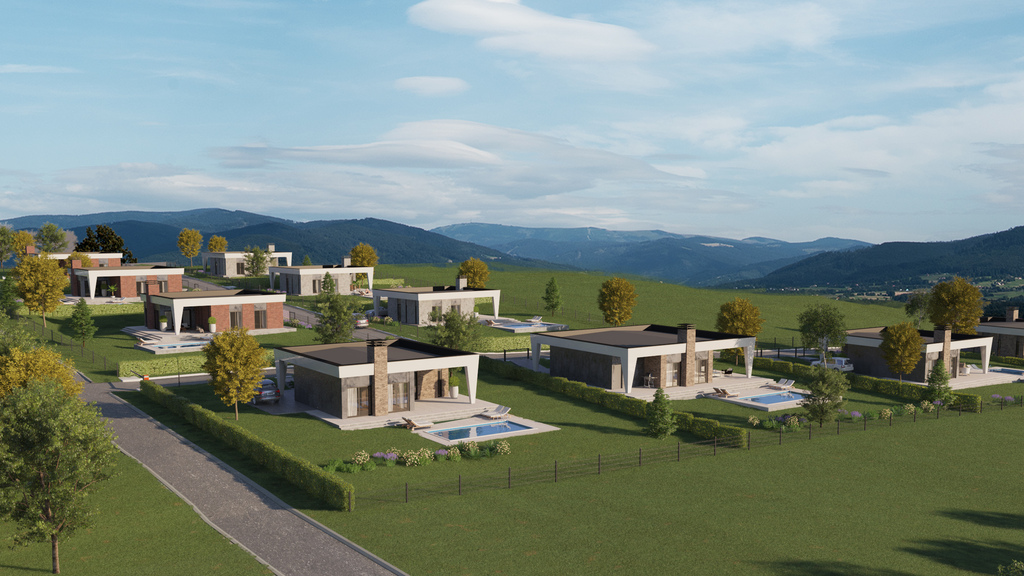 The K10 settlement project was designed by IQ Architects, headquartered in Moscow.

According to our interviewee, High Level Consulting also already has interested customers and plans to continue building settlements of this type, but also larger, free-standing villas as per the purchasers’ requests.