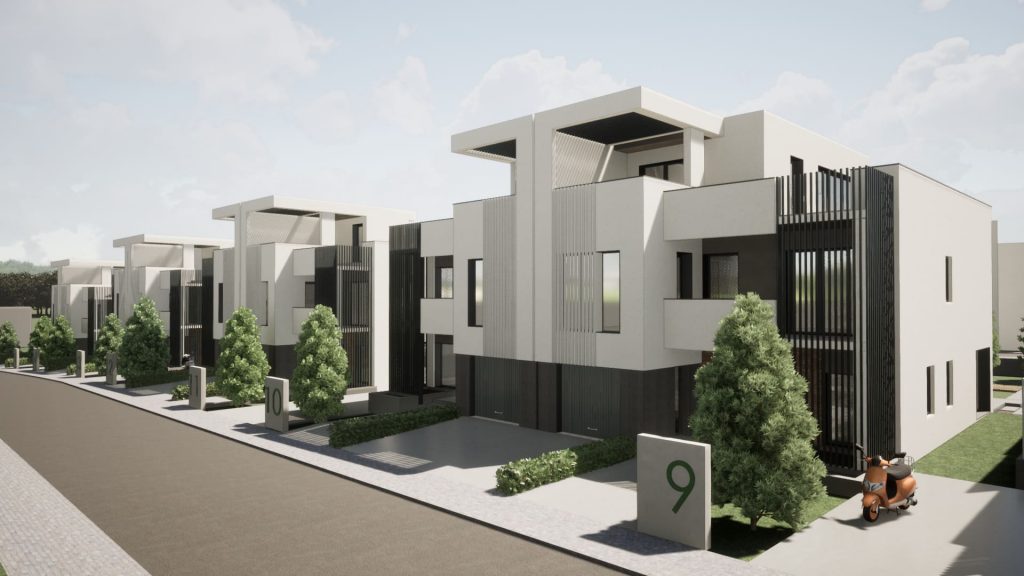 (Photo: Darko Stevanović)
The idea of a businessman from Kragujevac, who has been investing in construction in the past 15 years, was to animate his two partners who have been living and working in Zurich for 30 years to take a look at the trends of modern life in the west and offer a carefully planned settlement to people of Kragujevac.

– A modern architectural-urban planning solution is implemented, modeled after the most modern complexes in the world. That’s where the design of a new neighborhood comes from. It will complement the already established quality of life for our fellow citizens, and it fully symbolizes modern Kragujevac, which an increasing number of its citizens strives for – the company says for eKapija.

They add that new projects envisage entirely new settlements with smart buildings, residential-office complexes, a large number of parking spaces, stores and all types of outlets necessary for everyday life.

The project Green Hill 1 is fully finished and occupied, and there are 35 houses there. Due to the great interest of the people of Kragujevac in purchasing an apartment in this location, the investor got the idea for the new project to include, in addition to individual houses, a residential-office complex as well.

– The new project Green Hill 2 is located right next to the built settlement, features 12 new houses, with yards which can be organized as per our customers’ wishes, and four buildings with a total of 18 apartments. The first two buildings have four apartments each (the floor area of each one is around 120 m2), whereas the other two have five apartments each (around 90 m2). Each apartment has a garage space and two parking spaces. In front of the buildings is a large free area, which will remain covered in greenery, so that the experience of living in nature, outside the city noise, would be fully realized – KMC Invest says.

When asked what the advantage of this location is, they say that it is located on the city’s periphery, right next to the forest which surrounds this area.

– Modern housing, in a natural environment, is the latest and the healthiest trend in the world. We plan to fully develop the existing location in terms of urban planning and we have bought plots of land in the nearby area – they point out.

KMC Invest is a company which contains within itself a design studio and has the staff for the execution of the works. The works will be finished by the end of December 2022, when the tenants are expected to move in. The designer is Darko Stevanovic.