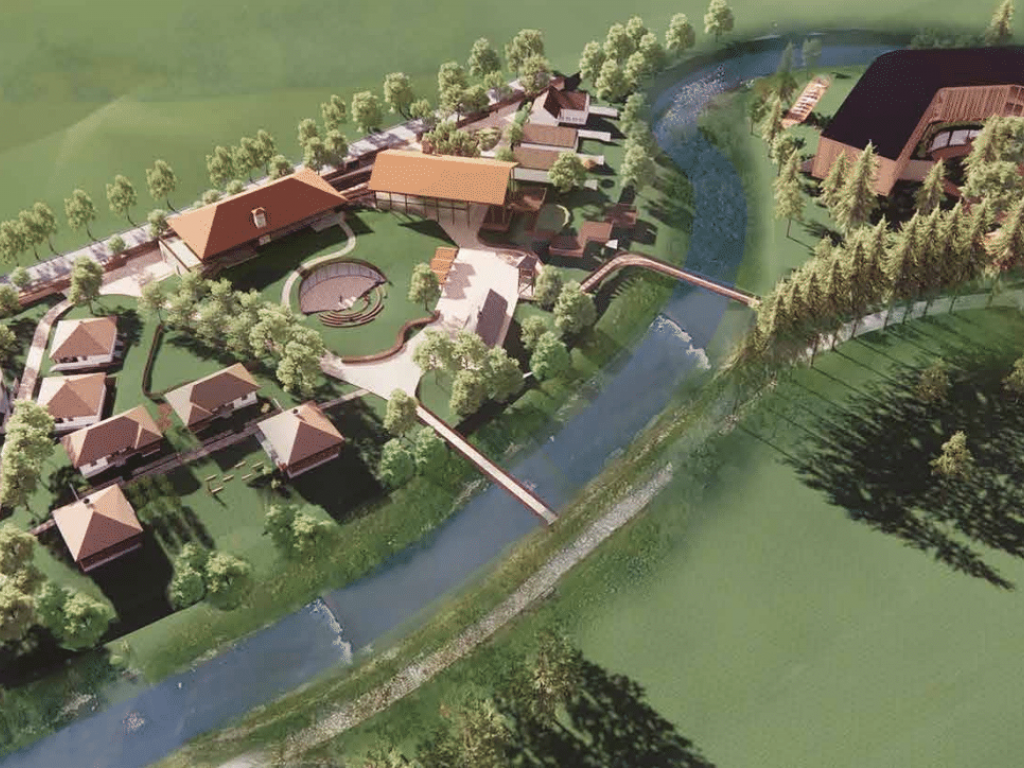 (Photo: BSA, MORPH i MKA arhitektonski studio)
In the core city zone of Kosjeric, in Skrapeska Street, on an area of 2 ha, the construction of a unique tourist and cultural concept, the Srpsko Selo complex, a sort of mini-Serbia, is to begin this autumn.

As the manager and a member of the design team within this project, Marina Visnjic, told eKapija, this is an original idea by investor Miroslav Kovacevic, whose origins lie in Kosjeric, to present the Serbian village through a combination of the traditional and the modern.

– This, primarily educational, complex, will consist of a resort with small houses for rent, built using the principles of traditional Serbian rural architecture, whereas the second part of the complex will entail a modern hotel with a spa center – Marina says for our portal. 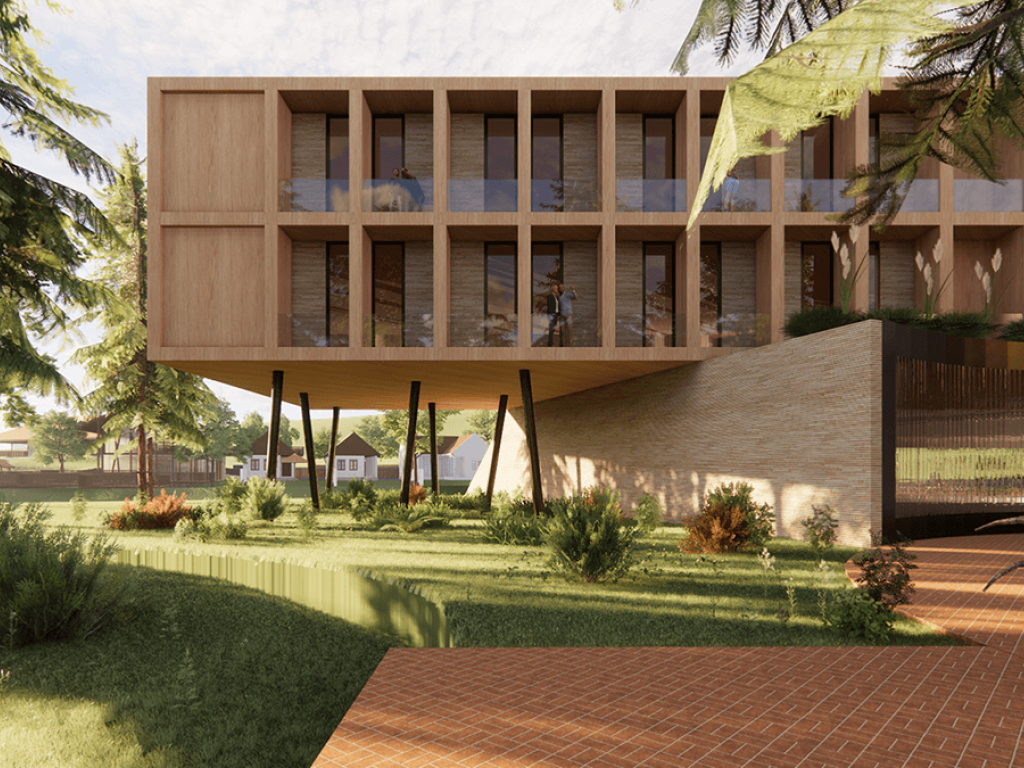 (Photo: MAIN Architects)
According to the preliminary design of the Srpsko Selo resort, prepared by architects Branislav Stojanovic, Darko Ilic and Marina Visnjic, from design studios BSA, MORPH and MKA, the houses will display the geographic and stylistic differences of the traditional rural architecture from all corners of Serbia, from Vojvodina, through Sumadija, Morava and the stone houses of the Pirot area, all the way to mountain bungalows. As our interviewee points out, this will be achieved through the use of individual elements, without producing replicas or moving the authentic houses from those areas.

– Srpsko Selo will have 16 such houses, and the resort will feature another two, common facilities – the central atrium and the multifunctional hall for congresses and other events, whose underground area will feature wine and fruit brandy cellars, whereas the other central facility will be a restaurant with a café. A 4-star hotel with 112 rooms, a spa center on around 1,000 m2 and an indoor pool, is to be built as a special part of the complex – says the manager of this authentic project. 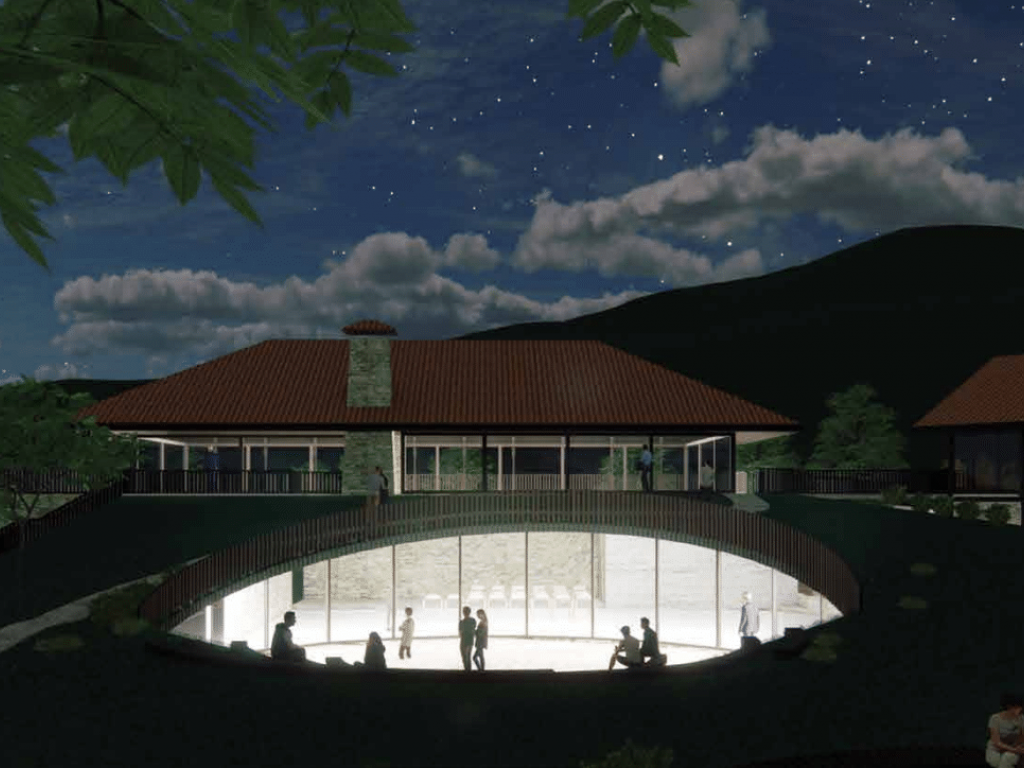 (Photo: BSA, MORPH i MKA arhitektonski studio)
She adds that the plan is for the hotel as a whole to be adapted to the needs of different user categories:

– One target group will be preschool and school children, for whom the organization of summer and winter camps is planned, as there is a great demand for this in Serbia. Then, there are athletes, who will be able to come here to prepare for tournaments, but the place will also be ideal for families and couples. For example, the organization of exclusive wedding ceremonies will be possible here. Finally, our aims also entail congress tourism and other features for business people, such as the organization of team building sessions and spaces for digital nomads, which will be equipped with fast internet and all the other necessary infrastructure.

The authors of the preliminary design of the hotel are architects Nikola Ivkovic, Marko Matejic and Stefan Djordjevic of the MAIN Architects studio. 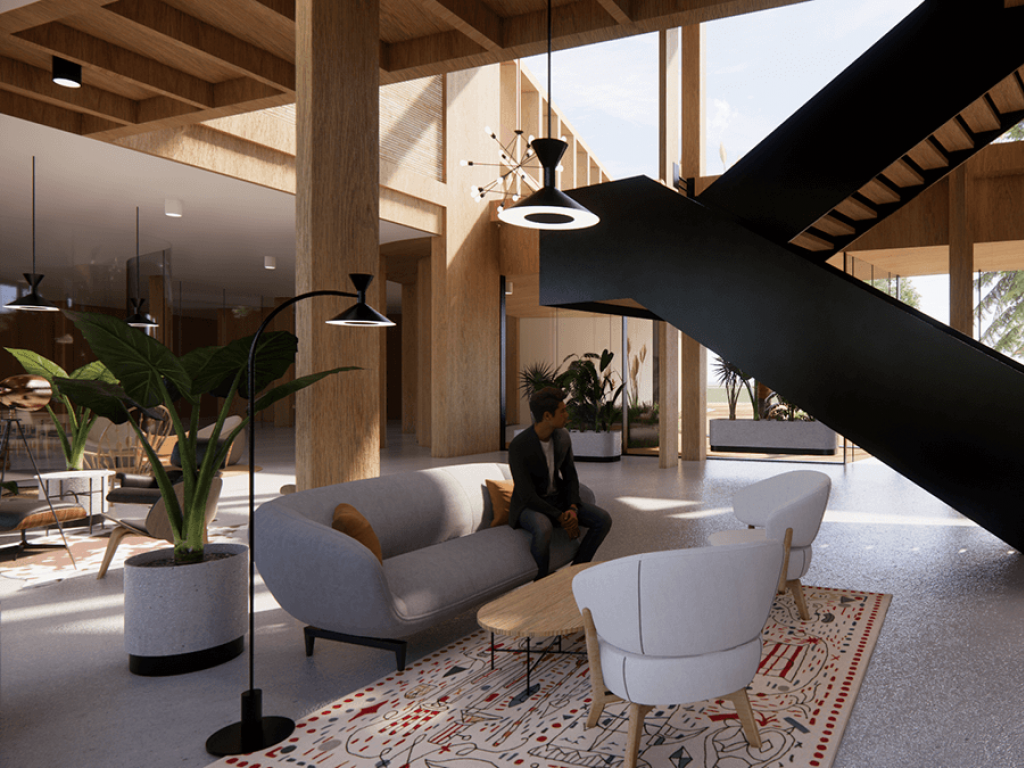 (Photo: MAIN Architects)
The entire project was done with the support of the faculties of forestry and architecture and the Museum of Ethnography, and one interesting fact is that the project consultant even has a PhD in traditional Serbian architecture.

Another curiosity is the reconstruction of Srpski Vrt (Serbian Garden) within this complex, which will be prepared by the Faculty of Forestry.

– Srpski Vrt is unique for the fact that it will feature the plants which are most frequently mentioned in Serbian epic and lyrical poems, such as immortelle and basil – eKapija’s interviewee reveals and says that the aim is for us to learn more about Serbia ourselves, but also to show the best face of Serbia to foreigners and to further activate the local economy.

Marina Visnjic notes that the project, which is to be carried out in two phases, is to get a building permit by the end of October.

– The deadline for the completion of Srpsko Selo is 18 months, and the works on the construction of the hotel will be carried out parallel with that. The plan is for the hotel to be finished in two years. 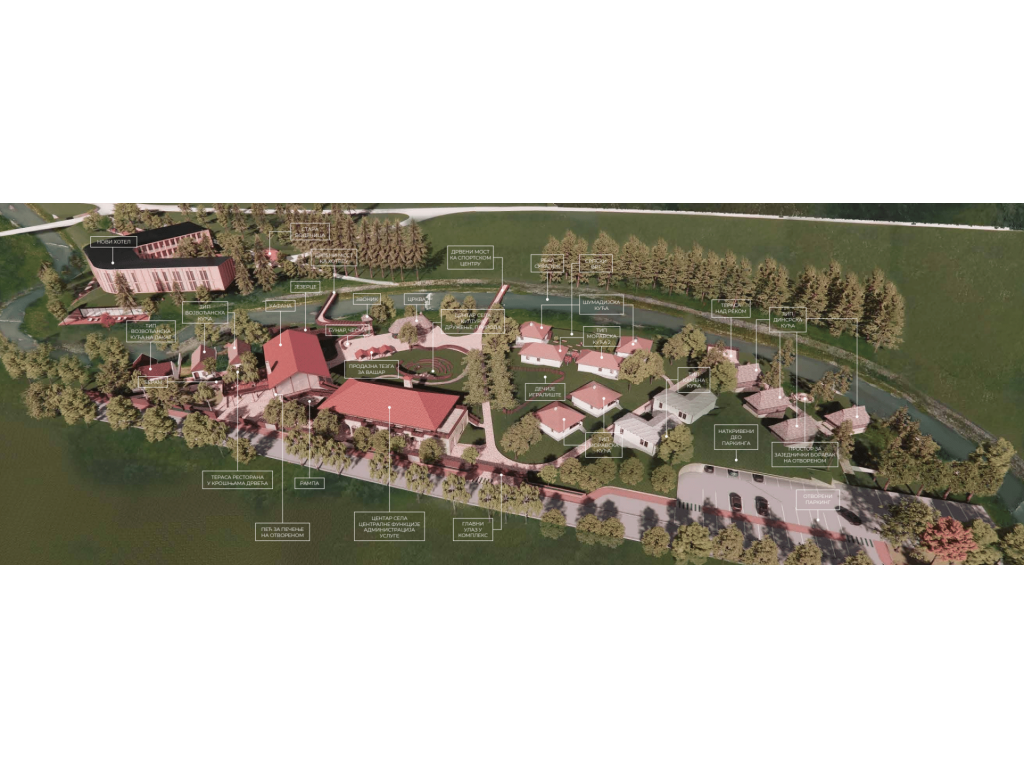 (Photo: BSA, MORPH i MKA arhitektonski studio)
According to investor Miroslav Kovacevic, the owner of the construction company Nova Adresa, which will carry out the works on the complex, the projected value of the complex is around EUR 5 million.

– Srpsko Selo is our first project of this kind, and the plan is for such Serbian villages to exist everywhere in Serbia, as a franchise. We will not shy away from partnerships either – Kovacevic announced for eKapija.

There have been reports in the media that the Srpsko Selo complex is to be built by Nova Adresa in cooperation with the company Stefial, which belongs to Dejan Stankovic, but this has been refuted by Nova Adresa, whereas Stefial told eKapija that they “don’t know what that’s about at the moment”.