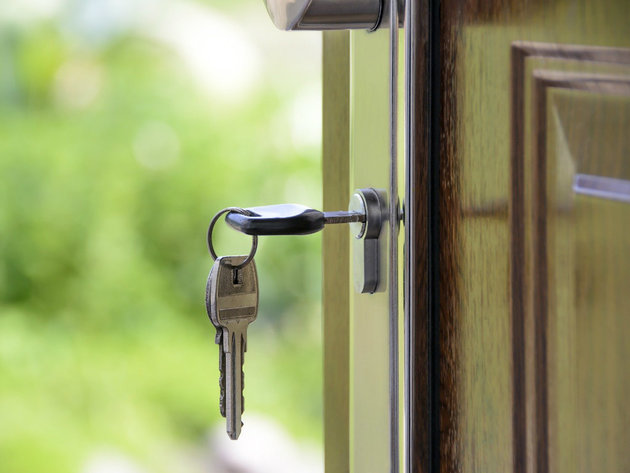 Illustration (Photo: Pixabay.com/PhotoMIX-Company)
The coronavirus situation has accelerated the trend of the need to change one's place of residence, but the question is whether the market is ready for it, as concluded at the panel titled “Regional Residential Panel: Belgrade/Budapest/Sofia”, held within the virtual summit REBEC 2020.

Oliver Szocs, an independent consultant, talked about the situation in Budapest and Hungary. He said that the market had slowed down in late 2019, as the real estate purchasers had paid a VAT of only 5% between 2016 and 2019 and that it was now 27%.

– It is noticeable that 45% people are selling real estate in order to buy something bigger. Real estate with yards is already being considered as well, because there's increasingly more working from home, spending time at home, caused by the current situation – Szocs said and added that 10-15% of the purchasers were foreigners.

He also says that the focus is more and more on brownfield investments, that is, the use of abandoned industrial buildings, that is, areas not in use, in order to build sustainable buildings which are energy effective.

– Real estate needs to be reconstructed in Hungary, as it is mostly old buildings, throughout the state. Last year, 20,000 new apartments were built, but it's not enough – Szocs says.

Georgi Ranchev of Lindner Immobilien from Sofia believes that the current situation will change the market, especially in the areas where the infrastructure is not good enough.

– Lindner Immobilien, fortunately, invests in projects outside the city core, but with fully prepared infrastructure. One example is the Residental Park, and another project is being carried out, which will be ready in two years and which entails over 130 small houses with yards, of which the majority has already been bought – he said.

He added that, in that country, the real estate market is the least affected by the crisis at the moment and that the purchasers in 99% cases are Bulgarians.

He also believes that those who want to invest in greenfield must secure the infrastructure. He emphasizes that security is still very important for clients, with many looking for 24/7 supervision.

New concept of residence outside the city

A new concept of residence was in the focus of Vojislav Popovic of Lindner. He says that people are increasingly looking to return to nature and that cities are losing their advantages.

– The future lies in living in a nice house in a natural environment and that is what we offer our clients. We also secure natural construction materials which combines and harmonizes with the environment, as well as a wide selection of construction parameters: orientation, buildings, position, number of floors. Special attention is paid to the aesthetics. The houses are energy efficient and independent – he clarified.

He also believes that those who can afford it will spare no expense to buy “a house out in the nowhere”, where they can have all the amenities, while being outside the city.

– It is a new concept of construction, which is separated from mass residence, present in the city. It is the future – he added. He also says that the construction changes and trends are global. As he says, in all markets, people's needs are universal and need to be met.

Market not ready yet?

Petar Brajovic of NAI WMG agrees with this trend, but also believes that our market is perhaps not ready yet. He does add, however, that it is certainly oriented to suburban projects, near cities such as Belgrade, Novi Sad or Nis.

– People will want to go back to nature and move away from the noise of the city, while still being close to city centers. The prices play an important role too, because a square meter in such projects costs 1,000 to 1,200 euros, which is half as much as in certain parts of Belgrade, for example – he said.

He also notes that the market has the same volume as before the coronavirus crisis and that no major drop in prices has been recorded. As he says, vacation houses are in expansion, whether it's purchase or rent.

– It is also noticeable that the concept of short-term apartment leasing is being abandoned. We believe that this will have an impact on long-term leasing, that is, that the market will be saturated and that it will have a negative impact on rent prices – Brajovic says.

He also mentions banks and says that they are currently looking into which sectors have been affected by the crisis, which is why financing has stopped at the moment, especially when it comes to new projects.

Brajovic believes that trends come from developed countries to less developed ones, that is, from the north to the south.

– If the prices in the market continue to grow, the real estate map will change. We are certainly looking at new trends in the future and we need to follow what's happening in the region – he said.