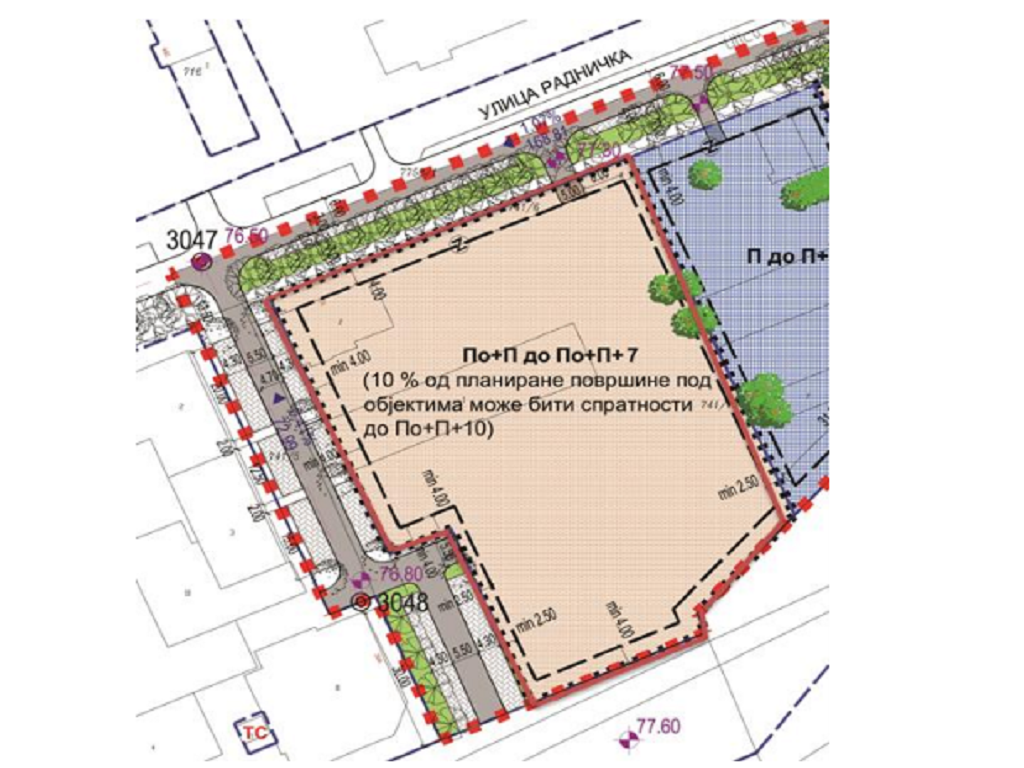 (Photo: Gradska uprava za građevinsko zemljište i investicije Novi Sad)
A parcel of nearly 6,500 m2 at 32 Radnicka Street in Novi Sad has been sold for over EUR 7.7 million to the Novi Sad-based IT company 3Lateral.

At the Department for Building Land and Investments, where the auction was held, the only bidder was this IT company, which bought the parcel at the initial price of RSD 933,039,225 (slightly over EUR 7.7 million). After the sale, the company's representatives refused to introduce themselves or talk to the press, saying that the public would be subsequently notified of the purchase and the plans for the parcel, without specifying the date.

On the other hand, as it is known that 3Lateral was bought last year by the American company Epic Games, it means that the announcement of the city authorities and the mayor of Novi Sad, Milos Vucevic, who said that the company would buy a parcel in Radnicka Street and invest EUR 20 million, has been confirmed.