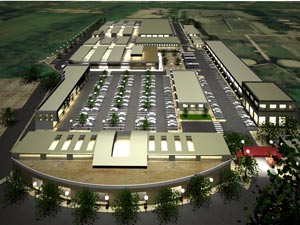 Upon the completion of construction of China Trade Center in Belgrade, the complex, which occupies 5.35 ha and is situated at the crossroads of highways E75 Belgrade-Novi Sad and E70 Belgrade-Niš, will become the most modern wholesale-business center in the Balkans.

- The China Trade Center's investor, company Diplon, has so far invested 15m EUR in construction. Another 10m EUR will be invested in the second phase, which will be finished prior to end of 2010, while total investments are expected to reach 35m EUR after the completion of the third phase - said the founder of that center, Zhou Haiying, at today's (January 26, 2010) promotion of the center in the Chamber of Commerce of Belgrade. 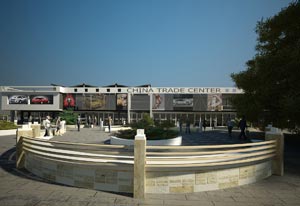 As it was announced at the promotion, once the second phase is completed, total of 53,000 square meters will be built, that is, 430 outlets, while the third phase will include construction of another 70,000 square meters.

The second phase will include formation of China Market Place, a modernly organized retail space with prefabricated facilities that will be placed in a row alongside long pedestrian paths. These paths will stretch from the central square, designed in the style of traditional ambient of Chinese folklore. 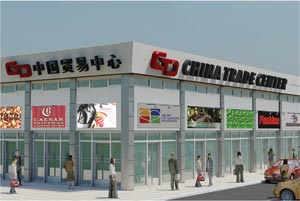 Haiying said that about 1,500 people would be employed at the end of the construction of the second phase of China Trade Center.

According to Haiying's words, the Center will represent the place for wholesale and retail trade in goods from China, as well as in the products of various manufacturers from the region. 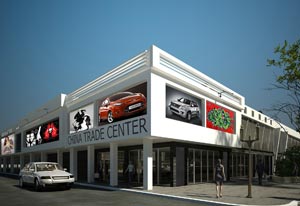 A part of the China Trade Center was opened in December 2008. So far, 15,000 square meters have been built, that is, 130 outlets, office and storage space, which are now used by the companies from Serbia, China and Turkey.

At this moment, space in the center is used by the companies that sell shoes, jeans, pijamas, underwear, equipment for households, haberdashery, toys, purses, eyeglasses, etc., as well as their own brands.

CTC also comprises a cafe bar, restaurants, agencies for transportation and delivery of goods, an accounting agency and a travel agency. Stracon Security is the company that provides the service of 24-hour protection and security. 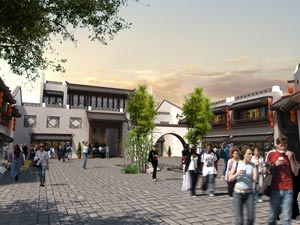 China Trade Centar is, so far, the biggest Chinese investment in Serbia, which also represents a city tourist attraction due to its unique style of construction.

Haiying pointed out that the prices in CTC would be lower than the ones in other trade centers in Belgrade because the goods would be sold within the wholesale stores, which would ensure favorable shopping terms. In addition, as he pointed out, although the center is, primarily, a trade center, its additional contents will, most certainly, attract tourists as well. The plan is that the facility be used as the place for shopping, resting and entertainment.

Zhou Haiying is the owner of companies Safran and Diplon, of which headquarters in Belgrade is also the headquarters for the countries of former Yugoslavia and some countries in European Union.

The Agreement on business-technical cooperation between the Chamber of Commerce of Belgrade and China Trade Center was also signed at the today's promotion. The Agreement was signed by the founder of China Trade Center, Zhou Haiying, and the President of the Belgrade Chamber of Commerce, Milan Janković, who said that that institution would help all Chinese entrepreneurs who wanted to found companies in Serbia.

At the initiative of the President of the Chamber of Commerce of Belgrade, the section for improvement of business with China will be formed. The section will be called China Corner, and its function will be to connect economic subjects of China and Serbia, as well as to promote the potentials of the city of Belgrade.