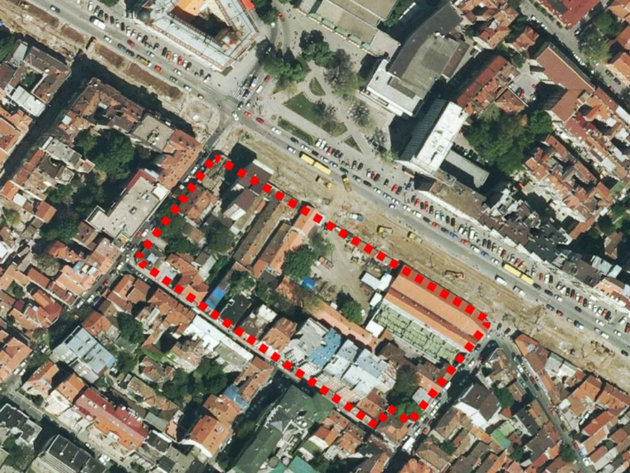 The procedure of adopting the planning document necessary for the construction of apartments and stores in the location of the shopping center at 142 Kralja Aleksandra Blvd, destroyed in a fire, was stopped due to the state of emergency.

The public review of the detailed regulation plan for this 1.18-ha block ended before it started. It was supposed to take until April 16.

– The new deadlines for the public reviews and the public sessions of the Planning Commission will be announced in the relevant publications when the conditions are met for a proper procedure – said Marko Stojcic, the head urban planner of Belgrade, as reported by Beoinfo.

No one knows at the moment when the procedure might continue and no one can specify when the city parliament might start working again, and the draft DRP needs to be adopted by it.

What the investor, BKA Development, can confirm is that they haven't given up on the project or postponed it for next year. As the company's director, Misa Markovic, says for Politika, the plan is for the construction to start in September.

– The consortium of Israeli companies Yossi Avrahami and Almogim Holdings is behind the Depot project and we are ready in every way, financially, operationally and every other sense, to open the construction site as soon as possible – Markovic says.

The preparation of the planning document was commissioned by BKA Development, which bought the Depot for EUR 4.15 million three years ago. The buildings facing Kralja Aleksandra Blvd can be 32 meters tall (eight floors and a loft), whereas stores and other commercial features will have up to two floors. The area of the future complex is projected at around 14,000 square meters.

As for what the investor will be obliged to preserve in the location and how it will fit into the future complex, this depends on the conditions set by the Institute for Protection of Cultural Monuments. The location features a protected tram deport, the first facility for storage and maintenance of public transport vehicles in Belgrade and Serbia. Its construction enabled the opening of the first tram line in Belgrade, from Kalemegdan to Slavija, on October 14, 1892.

BKA Development has so far not revealed any details about the location, except that the luxury complex is being designed by Serbian and Israeli architects. When it was bought, Markovic announced the beginning of the construction for 2018. The ambitious plans fell through due to lack of a planning document, the preparation of which was approved by the City Assembly two years ago. The early public review ended in February 2019.

As eKapija wrote previously, the area covered by the Detailed Regulation Plan is around 1.16 hectares.