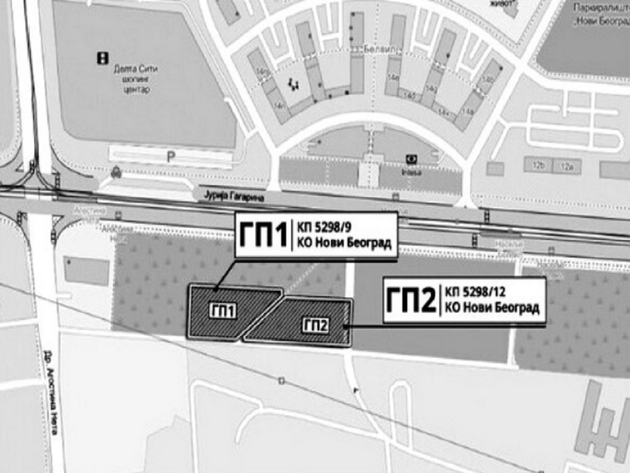 (Photo: Direkcija za građevinsko zemljište i izgradnju Beograda)
The Belgrade Land Development Public Agency has opened an initiative for the initiation of the procedure of the sale of the co-ownership share in the building land publicly owned by the City of Belgrade in Block 58 in New Belgrade.

These are two individual building parcels located across from the Belville neighborhood and the Delta City shopping center.

The first parcel (GP1) takes up 4,693 m2, of which 4,621 m2 is owned by the city, whereas the rest belongs to the company Lola Real Estate from Zemun, which buys and sells its own real estate.

According to the general regulation plan, this location is meant for the construction of mixed city centers.

The ad says that the land will be sold to the highest bidder, but the city's shares are first to be offered to Lola Real Estate in line with the right of first refusal, at the price determined in the public advertising procedure, that is, the public bidding procedure.

If the co-owner waives the right of first refusal, the sales agreement will be signed with the highest bidder.