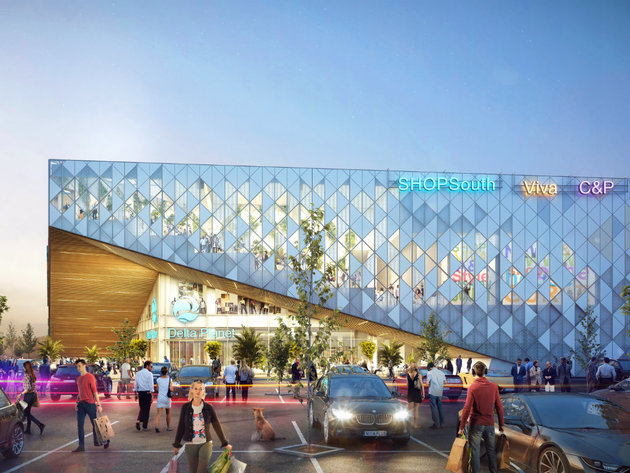 What marked the year 2019 is the completion of the construction of 170,000 square meters of office space, the beginning of the construction of another 62,000 and the opening of two Delta Planet shopping malls in Varna and Banjaluka. Thanks to the Delta Planet project in Banjaluka, Delta Real Estate got the award for the best foreign investment in Bosnia and Herzegovina in 2019 at the traditional event organized by the Foreign Investment Promotion Agency of Bosnia and Herzegovina.

The company is very proud of the fact that despite the pandemic it hasn`t halted works on neither of the four active construction sites. They continued the construction of Delta House office building, Delta Planet shopping mall, Indigo Hotel in Belgrade and restructuring of the Delta Planet in Varna (Bulgaria) for the arrival of the notable IKEA brand which opened its doors for customers on September 10.
Indigo hotel in Belgrade
Another big project important to Belgrade and Serbia`s tourist offer is in its final stages of construction – Indigo Hotel, Serbia`s first hotel from this chain, which belongs to IHG. This brand is known for honoring the culture, history and tradition of the location it appears in and for taking care for the design of the facility to match the surroundings. In this case, it is especially important, as the hotel is located in Kneza Mihaila Street, the central street in Belgrade. Each Indigo hotel is a story for itself and a true reflection of its environment, through the exterior, but also through insisting on the local cuisine and art.
Delta Planet Nis
Shopping malls have been one of the company`s strategic business for years now, and new investments are planned for 2020 as well. The construction of the Delta Planet shopping mall in Nis will take place throughout the year, and the opening is planned for the spring of 2021. This shopping mall will take up 40,000 square meters on two levels, and in addition to an unforgettable shopping experience, thanks to a wide choice of international and local brands, it will provide the consumers with restaurants and cafes, playrooms for children and around 850 parking spaces. Analyses have shown that this shopping mall can attract not just visitors from Nis, but from the entire southern Serbia, as well as visitors from the region and travelers from the E75 highway. With its modern architecture and top-quality design, Delta Planet will change the look of Nis and become a true attraction in this part of the country, but also the region.

Delta Planet Autokomanda, Belgrade
The Delta Planet project in Autokomanda is ready and the financing has been secured, and the delay of the beginning of the construction is down to the permits. The parcel where the shopping mall is to be raised features one of the facilities of the former Topovske Supe concentration camp, which is why the plan has entailed, from the very beginning, consultations and close cooperation with the Jewish community, which has, however, not reached unanimous agreement about the potential solution of this situation. When all the necessary construction permits are obtained and when the facility is completed, Serbia will get the largest and most luxurious shopping mall yet. The total area of this facility will amount to as much as 200,000 square meters, featuring 250 various outlets. Underneath the two levels dedicated to shopping, there will be a hypermarket and around 2,300 parking spaces, whereas the topmost level will be reserved for entertainment, featuring a movie theater and spa, wellness and sports features. The building`s roof will be a green oasis!
Delta Planet Varna
Delta Planet in Varna, which celebrated its first anniversary this March, is a place where the new IKEA city concept store was opened on September 10. The Swedish company has decided to implement new city formats through which all consumers are offered a whole new shopping experience. Delta Planet in Varna will be the first shopping mall in southeast Europe to manage to bring an IKEA city concept store, making it a unique shopping mall in Bulgaria and the entire region.

In the upcoming period, the focus of Delta Real Estate will be on office buildings, shopping malls and hotels. The company will keep trying to dictate trends and implement innovations in the local and the regional market, and the plan is for as much as EUR 400 million to be invested in the next 5 years, which would lead to the construction of around 370,000 square meters of new space.