New residential blocks to be raised on Vracar plateau – Apartments to be built in Mutapova Street on 4,000 m2 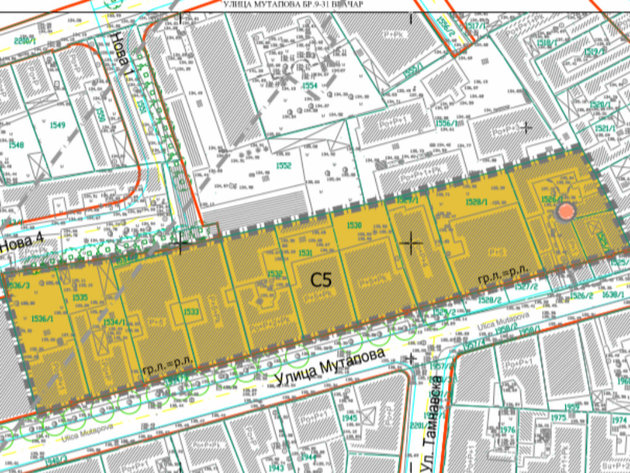 (Photo: Urbanistički zavod Beograda/printscreen PDR)
A new residential zone might soon be raised on the Vracar plateau. The area between 9 and 31 Mutapova Street is meant for the construction of multi-family residential units on two parcels of around 330 m2 and 440 m2, according to the draft amendments to the Detailed Regulation Plan.

According to the documentation, said area covered by the plan amounts to around 0.35 hectares, whereas the plan covers an area of 3.5 hectares in total.

The construction is planned on two building parcels, each of which allows for the construction of one facility. All facilities much have commercial premises on the ground floor.

The maximum height (attic level) is 18 meters. The plan recommends for the facilities to feature a modern architectural design. It is also recommended for the roofs and facades to be covered in greenery. 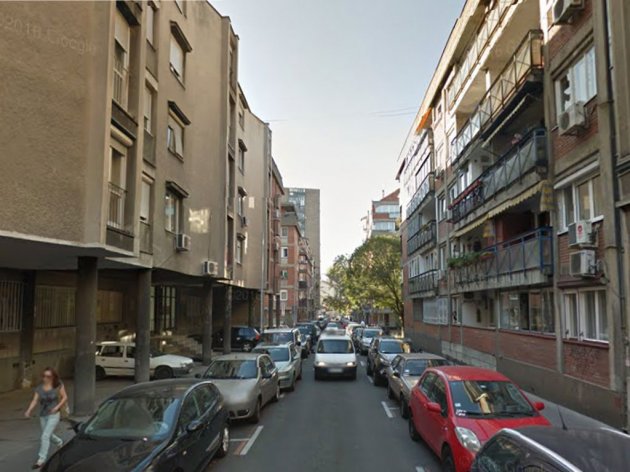 Mutapova Street (Photo: Google Maps/screenshot)
When it comes to parking, the plan includes the construction of garages, and each apartment will get 1.1 parking space. A single parking space is given for each 60 m2 of office space, 50 m2 of net retail space, or two tables with four chairs each for hospitality facilities.

Of the total number of tenants of around 426 (276 current and around 150 planned new ones), a number of 29 to 32 preschool children is expected, for whom capacities should be provided. The number of new tenants in the territory covered by the plan is around 150, including around ten children.

An annex to the preschool institution, on the ground floor of the facility on one of the newly formed parcels, should be built for the preschool children.

The new residential facilities will feature remote heating, and a new substation is planned for the purpose of power supply. The plan also includes an optical-cable TC network.

The draft amendments to the DRP for this area, which was commissioned by Smiljana Vukovic, in the capacity of a natural person, is up for public review from January 27 to February 27, 2020, at the building of the City Administration of Belgrade.

According to the Business Registers Agency data, Smiljana Vukovic is the director of SRV Logistika doo Beograd (Vracar).

The plan was prepared by the Urban Planning Institute of Belgrade.