2019 RETROSPECTIVE – Investments in REAL ESTATE most interesting to eKapija users 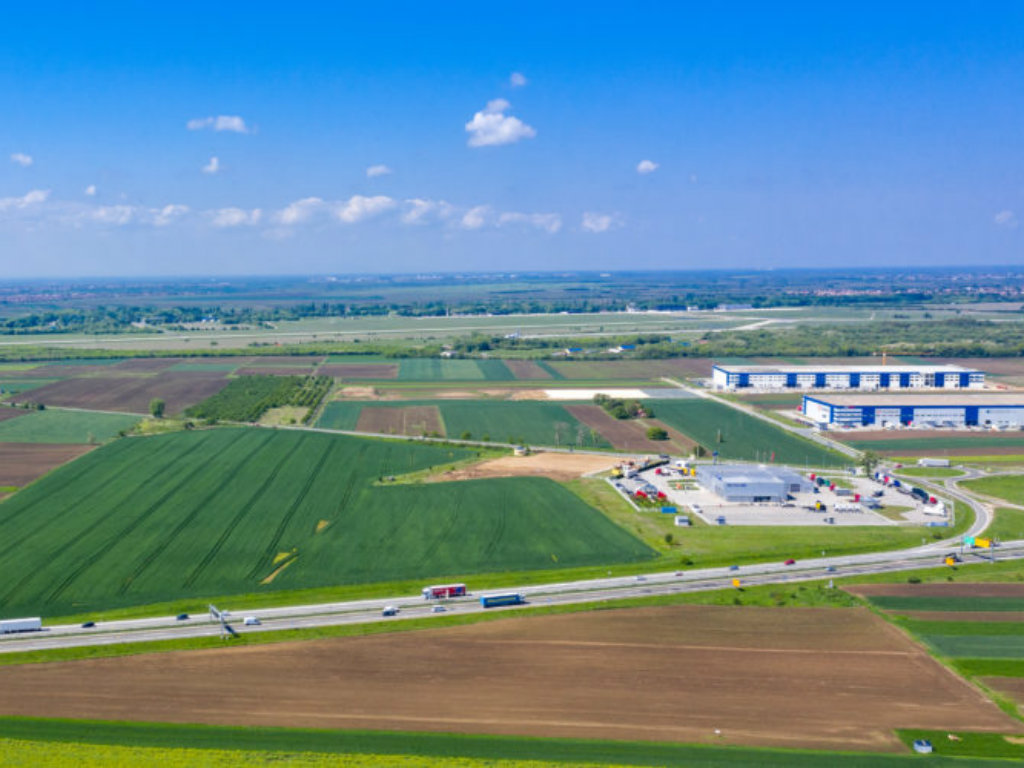 Belgrade North project near Serbia's capital
The past year was marked by a real boom in construction in Serbia, especially in its capital. The great demand for apartments has led to numerous investments in new buildings, and the focus was placed on attractive locations and modern architecture, as well as on additional features every resident needs, but also on luxury details.

Plenty attention was put on office spaces as well, primarily on how comfortable and innovative they are. A special segment consists of those pertaining to logistics. The market is developing at an increased pace in Serbia, and the construction of road infrastructure has stimulated investors to secure the best positions.

These are the 10 projects which our readers found the most interesting when it comes to real estate:

The first spot belongs to CTP Industrial Park. The Dutch company CTP Invest began raising a distribution-logistics center of 14,110 m2 in April 2019 on an area of 2.5 ha in the industrial zone in Simanovci. The first tenant, Emmezeta, moved in this August. A half of the total space is reserved for this company.

In addition to the facilities at the Municipality of Pecinci, CTP Invest was also realizing projects in Novi Sad, Kragujevac and Novi Banovci, of a total area of around 150,000 m2 and a total investment value of around EUR 100 million.

The construction in Kragujevac began in May, on an area of 26,686 m2. The process of the construction of an industrial park of a total of 25,000 m2 was being finished in September, and an announcement was made that the factory would be put into operation in late 2019.

It was also said that the investment of EUR 16 million would lead to the creation of around 800 jobs in the city of Kragujevac and the surrounding places.

The facility in Novi Sad should open in the first quarter of 2020, according to the plan. An agreement was reached with BMTS Technology about the construction of another factory in Novi Sad.

The Belgrade North project in Novi Banovci consists of a complex of three facilities, and this should be the largest logistics center near Belgrade, with a total area of 70,000 m2. The land on which the industrial park is to be built is located right next to the A1 highway.

The office-residential complex in the Marina Dorcol location placed second. In August 2019, it was announced that the Belgrade Land Development Public Agency would open an ad for the alienation of building land in Marina Dorcol on August 14, and the bidding was scheduled for September 13.

The initial price at the public bidding was RSD 3.8 billion, which was the estimated market value of the 4-ha land. In September, it was announced that the Czech company MD Investments 2000 was the purchaser of the building land in this location.

It was the only bidder and the land was sold at the initial price. As the company's director, Peter Dajko, told eKapija, the construction of an office-residential complex in this location should begin 18 months from the purchase.

– In this location, we will build an architecturally fantastic residential-commercial complex, including the Marina, which gives the location its spirit. The preparation of the architectural study will take half a year and I believe that we will be able to start building in 18 months.

It was also said that the City of Belgrade, with the help of the Belgrade Land Development Public Agency, would provide access to the complex through two public traffic routes, which are planned on the western side of the complex, whereas the investor will be obliged to build all the utility installations within the complex for the purpose of connecting with the public infrastructure.

The third spot is reserved for the residential-office complex West 65 of PSP-Farman Holding, with 447 apartments and 72 business spaces in 11 residential facilities. In 2018, the construction of the second phase began, entailing West 65 Tower, and the works on West 65 Mall began in the autumn of 2019. The aboveground area amounts to 53,436 m2.

On 13,090 m2, West 65 mall will offer fashion products, home development goods, electronics and an exclusive market with a section for organic food and other special features. The facility will feature state-of-the-art air-conditioning and ventilation systems, as well as 25 parking spaces.

The completion of the construction of West 65 Mall is planned for the end of 2020, whereas West 65 Tower should be completed in late June 2021. 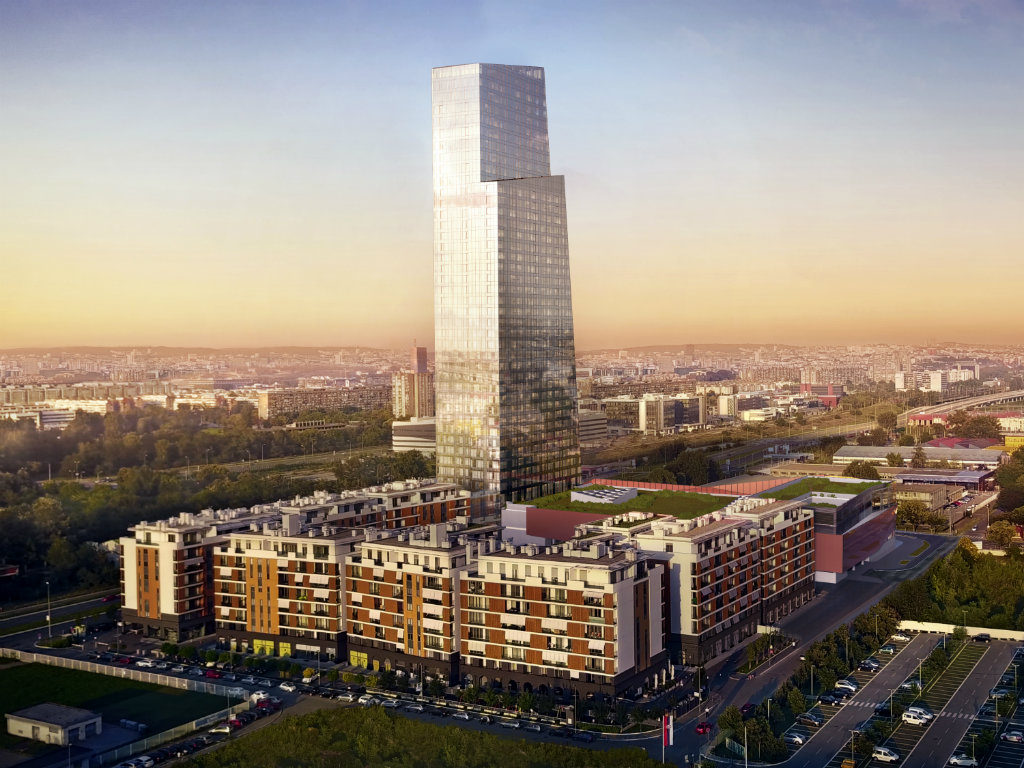 Another tower drew attention from our readers, namely, the Kopernikus Tower project, which placed fourth.

The Belgrade Land Development Public Agency advertised the sale of building land on which the flea market is located, and which is owned by the City, in mid-July 2019. The company Kopernikus announced in August that it had come ahead of the competition and bought the land in Block 43.

It was said that the investment was worth EUR 20 million and that Kopernikus planned to build the largest and most modern business complex, not just in the country, but in the entire region, on said parcel which takes up 2.05 hectares.

The realization of ambitious construction plans was also announced. The capital of Serbia is to get the Kopernikus Tower skyscraper, supposed to be the tallest building in the city, which will change the appearance of this New Belgrade block and the entire city.

The fifth spot belongs to the Nordeus Office Building. The Belgrade-based company Nordeus moved to the innovative smart building on the corner of Milutina Milankovica Blvd and Umetnosti Blvd, whereby Belgrade got a modern gaming studio.

It was said at the time that there would be room for up to 250 employees on 6,000 m2 across seven floors and three underground parking levels.

As Nordeus announced, the new space uses the most modern technologies and is the biggest investment of Nordeus in their employees so far.

Employees can also use a large restaurant, a sports bar, a gaming room, a fitness space with showers and many other features which enable a healthy balance between a working environment and a relaxation space, and there's a special area for the employees' children.

A new building was raised within the GREEN HEART business complex, whose construction is still in progress. 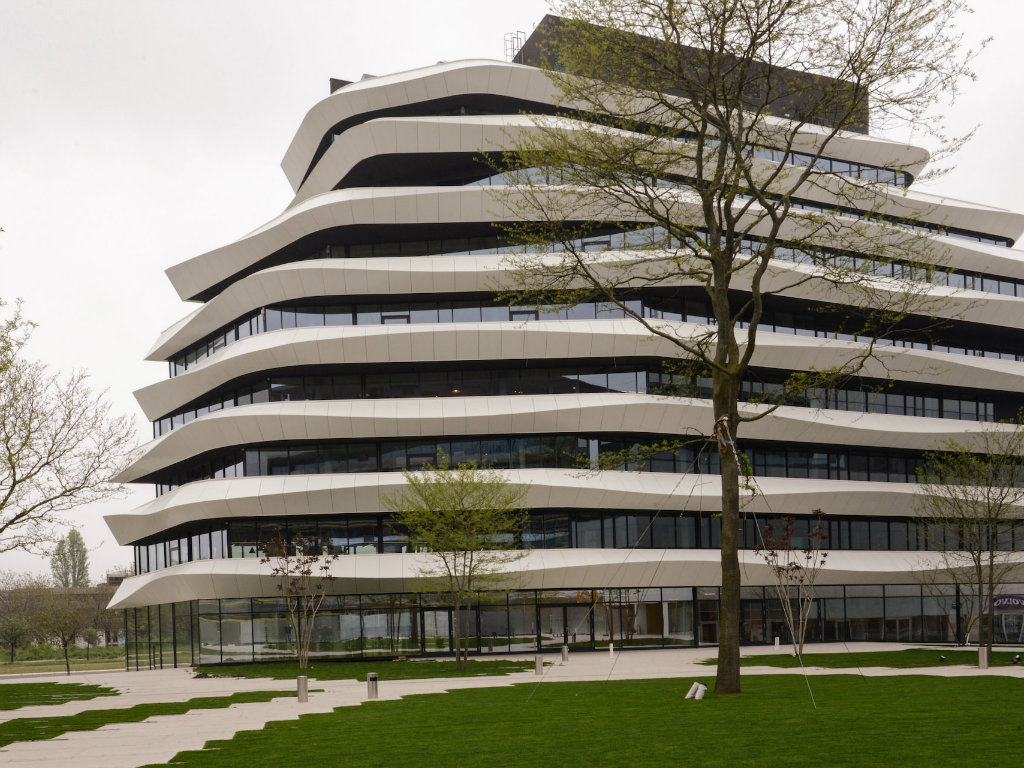 In April, it was announced that the construction of a complex whose working name is Villa Banjica would begin in the Belgrade neighborhood of Jajinci, and the total area of the residential part will amount to around 180,000 m2, as New Park Group confirmed for eKapija. This story placed sixth.

This Chinese investment was announced back in 2014, and the investors are Nantong Sanjian Construction Group – CNTC and Singmo Chan, a naturalized Frenchman and former president of the French-Chinese Chamber of Commerce in Paris.

The first two buildings will have 116 residential units of 40 to 75 m2. The entire complex will feature apartments and houses, as well as other commercial and social features, a school and a kindergarten.

The deadline for the completion of the first phase is one year, and the first two facilities are expected to be built in 2020. The total value of this investment is EUR 150 million.

The seventh spot belongs to an investment in tourism. Zlatibor should get additional accommodation capacities in the spring of 2021, namely, seven new facilities within the apartment complex Titova Vila.

This is an investment of nearly EUR 15 million by Stan Projekt doo from Belgrade on a plot of land of close to two hectares. The center will also feature an eponymous museum.

The apartment complex will be located in one of the greenest parts of Zlatibor. The works began in 2019 and the completion of the first phase is expected before the upcoming summer.

The Park 11 Complex is in the eighth spot, and this facility in New Belgrade should be completed on the first day of May 2020. The project is realized by Energoprojekt Holding a.d. as its own investment, with its subsidiaries: EP Holding through the specially founded EP Park 11 as the investor, EP Urbanizam i arhitektura as the designer, EP Visokogradnja as the contractor and EP Industrija as the expert supervisor.

The construction began on September 1, 2018. A total of 134 apartments of 50 to 220 m2 are being built. The ground floor of the building will feature various outlets, a total of 16 of them, and the underground levels will feature a parking area with 208 spaces. 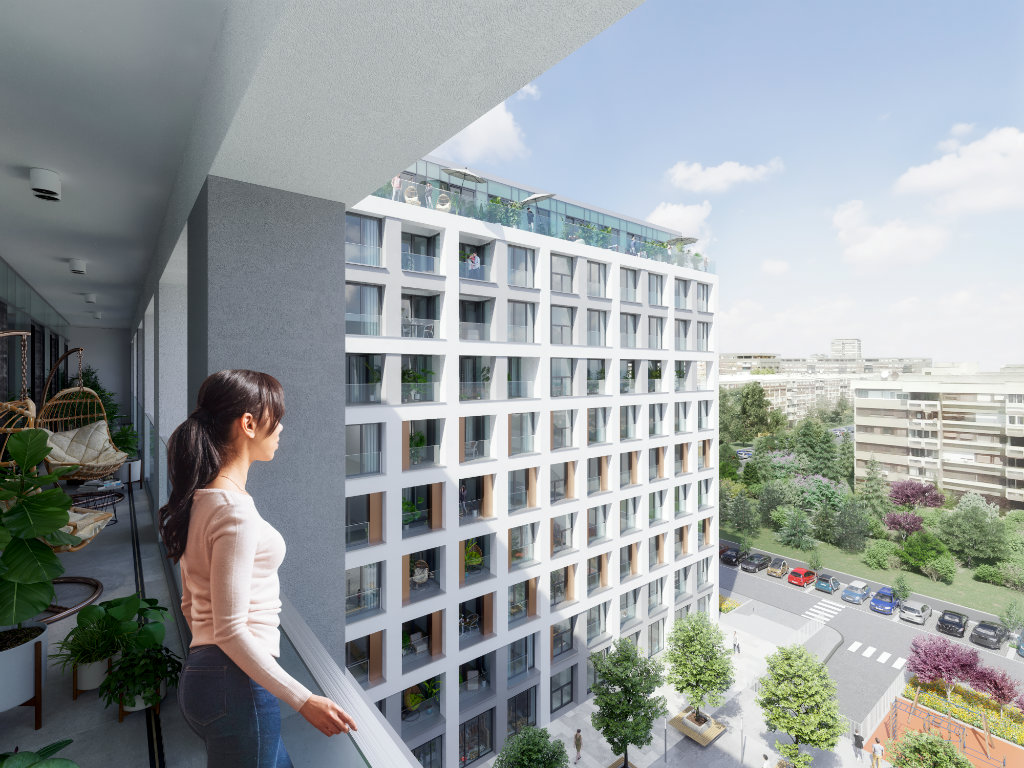 The project of Aleksandar Group from Novi Sad named The One took the ninth spot. This office-residential complex is being built on the corner of Omladinskih Brigada and Djordja Stanojevica Street in New Belgrade.

The complex will spread on 90,000 m2, and the construction is carried out in two phases.

The investors are Zepter Group, headquartered in Switzerland and present in over 60 countries, as well as Yihai properties Group from Hong Kong, which is appearing in the Serbian real estate market for the first time.

The facility is located in Heroja sa Kosara Blvd on one side and Tadije Sondermajera Street on the other.

The exclusive sales representative of this residential-office complex is the leading real estate consultancy CBS International, a member of the Cushman & Wakefield Group.

Take a look at the full list of investments in the REAL ESTATE (RESIDENTIAL AND OFFICE SPACE) category and compare it to your opinions, expectations and estimates.