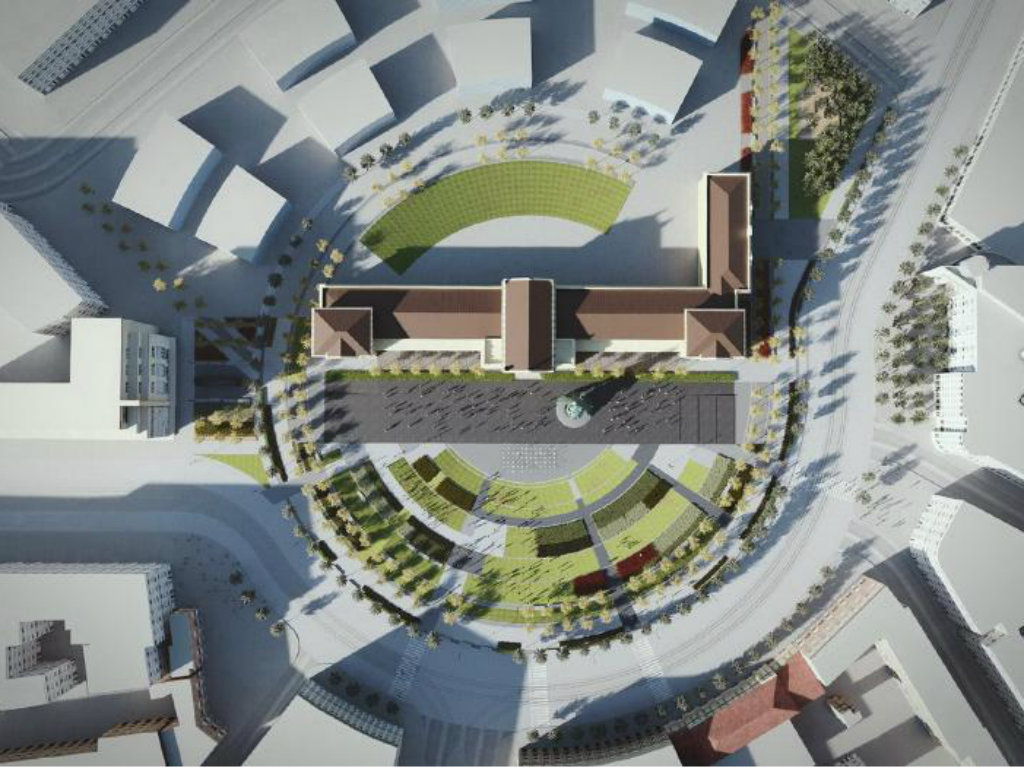 (Photo: Beobuild)
The winning solution at the recently held architectural contest for the Sava Square has been developed further, whereby another step has been made towards shaping its final form. The solution is authored by the Spanish studio Fenwick Iribarren Architects, and the urban planning project was developed at the Belgrade-based company CeSTRA.

The consolidated design should adapt the winning solution to the real situation, so the initial design has been changed considerably, with certain details developed further and better defined. Within the set requirements, the urban planning project offers some more coherent solutions. The main changes pertain to the traffic system, but the new plan also redefines the position of the monument to Stefan Nemanja, as one of the most important open issues within the concept. 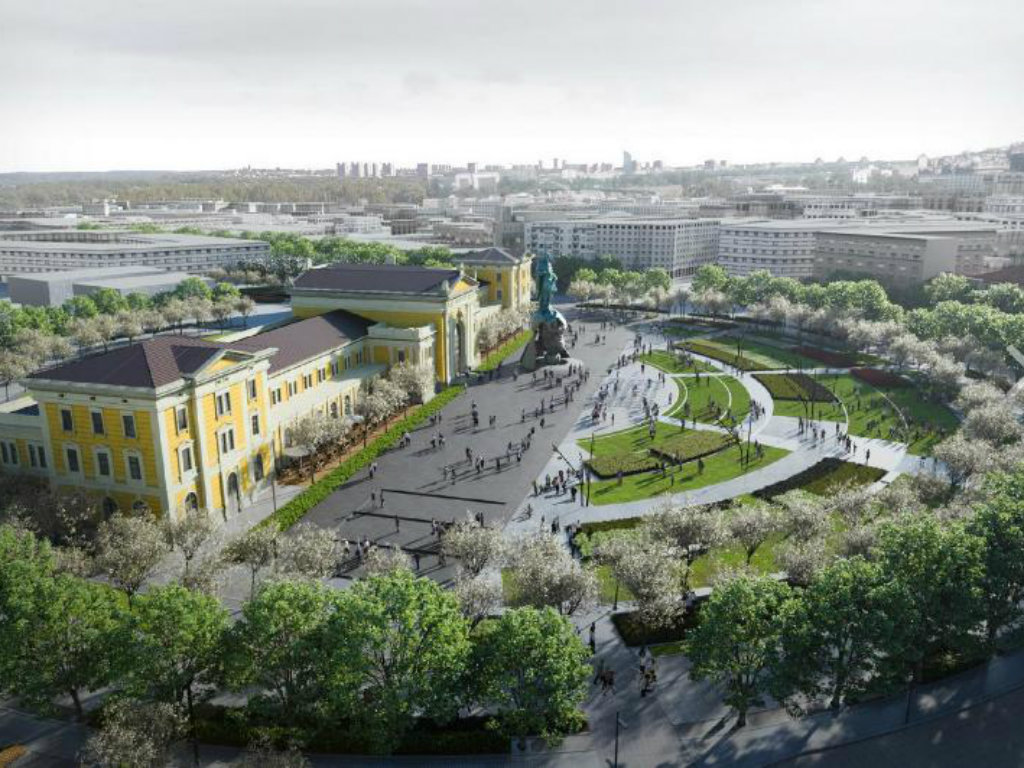 The concentric arrangement of green areas was the main feature of the winning solution and this has been kept in entirety. The first row, next the the future traffic route, is to feature tall plants: ash, birch and cherry trees. Of the shorter plants, the plan proposes irises, santolinas, cornels, immortelles and other fragrant shrubs. The project also envisages large grass areas, but the question remains how practically useful and easy to maintain such areas are, considering that this will be a busy transit square. A fountain should also be built in front of the former railway station.

One of the main criticisms of the winning solution was the position of the monument to Stefan Nemanja, so this is another feature of the plan that has been changed. The monument, initially planned to be put on the edge of the stairs to the access plaza, will now be located on the plaza itself. In order to avoid its being located on the route of the planned subway line, the monument has been moved closer to the facility, and is now contextually related to the building, instead of Nemanjina Street. If the former railway station building is also adapted to fit the theme, the new position might make sense.
Companies:
Fenwick Iribarren Architects
Cestra d.o.o. Beograd
Tags:
Sava Square
new look of Sava Square
winning solution
urban planning project of Sava Square
Belgrade square
pedestrian zone
monument to Stefan Nemanja in Belgrade
landscaping of Sava Square
Sava Square underground garage
rail corridor Sava Square
development of Sava Square
Belgrade Waterfront
new residential units
Sava Square green areas
Sava Square fountain
Belgrade subway
Share: